EU imposes the strongest sanctions! The embargo on Russia leaves a back door, the consequences are unpredictable

China News Service, June 1 (Reporter Meng Xiangjun) On May 30, EU leaders agreed to ban more than two-thirds of Russian oil imports, and to limit the actual total oil imports from Russia by the end of 2022. Cut by about 90%.   However, the EU, which has finally reached an internal compromise, still left a "life door" at a critical moment, that is, temporarily exempted 10% of Russian crude oil. 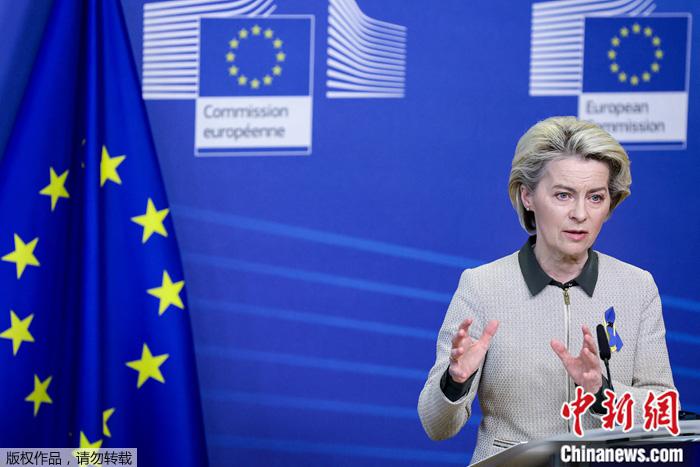 China News Service, June 1 (Reporter Meng Xiangjun) On May 30, EU leaders agreed to ban more than two-thirds of Russian oil imports, and to limit the actual total oil imports from Russia by the end of 2022. Cut by about 90%.

However, the EU, which has finally reached an internal compromise, still left a "life door" at a critical moment, that is, temporarily exempted 10% of Russian crude oil.

It not only highlights the inconsistency of interests within the EU, but also lays a dangerous foreshadowing...

[The sixth round of sanctions is about to come out]

The ban on Russian oil imports is part of the sixth round of sanctions against Russia reached by the 27 EU member states at a special summit in Brussels from the 30th to the 31st.

According to foreign media, the sanctions also include:

For Ukraine, the EU provided it with a 9 billion euro "real-time liquidity" program to help the Ukrainian government continue to operate.

The draft, obtained by Reuters, also showed that EU leaders would support the creation of an international fund to rebuild Ukraine after the war, without elaborating.

They hope to discuss the possibility of confiscation of frozen Russian assets.

There have been weeks of haggling within the EU to agree on an embargo on Russian crude.

German Economy Minister Habeck described the process as a "collapse of resolve" to get rid of the EU's energy dependence on Russia.

The main constraint comes from Hungary.

Hungarian Prime Minister Viktor Orban criticized before the summit that the European Commission was "irresponsible" in negotiating the Russian oil embargo and did not conduct proper negotiations with member states.

Orban pointed out that there must be a solution before sanctions can be imposed, but in his view "no compromise is acceptable".

He demanded that the country's oil supply be guaranteed if the Druzhba pipeline, which supplies gas to Hungary through Ukraine, was cut off, stressing that "there is absolutely no compromise on this point."

On May 30, 2022, in Brussels, Belgium, Hungarian Prime Minister Viktor Orbán listens to media questions as he arrives at the EU leaders summit.

As a landlocked country, Hungary cannot import oil and gas by sea like other European countries.

The crude oil transported by the pipeline accounts for 1/3 of Russia's oil supply to the EU, and 2/3 reaches Europe by sea.

On the 29th, France, the rotating presidency of the European Union, proposed a compromise plan to allow Hungary to extend the embargo for two years, but Budapest believes that it will take at least four years and 800 million euros to do this.

So, after making compromises with Hungary, Slovakia and the Czech Republic, EU leaders finally reached an agreement to ban Russian oil by sea, but temporarily exempt Russian oil from pipelines to the EU.

The ban will "immediately cover" two-thirds of EU oil imports from Russia.

Reuters said the EU resolved the impasse and agreed to ban most of Russia's oil imports.

Foreign media pointed out that Poland and Germany have promised to stop receiving Russian supplies through the Druzhba line by the end of the year. Once implemented, the proportion of the ban will rise to 90%.

10% crude oil becomes the "back door" left behind.

【“Shoot yourself in the foot”】

Qatar's Al Jazeera commented that the EU countries failed to fully reach an agreement at the last minute of the summit, revealing that as economic risks increase, differences in Europe's expansion of sanctions against Russia have begun to emerge.

This is not only due to different countries' dependence on Russian oil, but there are more problems behind it.

The British "Financial Times" analysis, the ban may lead to "distortion" of competition in the EU oil market.

First, since the Russian-Ukrainian conflict, the amount of oil transported to Europe through pipelines has actually increased.

This is due to EU buyers looking to take advantage of deep discounts to buy cheap, or to stock up ahead of the embargo.

Russian Urals crude is currently at around $93 a barrel, while Brent, the international crude benchmark, is at $120.

Hungarian oil group Mol said profit margins at its refineries had "surged" since March due to "the widening Brent-Ural crude spread".

Third, Russia may be the "winner".

If the crude oil exported through the pipeline reaches its maximum capacity of 750,000 barrels per day, Russia will receive $2 billion a month from EU buyers.

The actual effect of sanctions against Russia will be questioned.

According to another analysis, the sanctions against Russia will inevitably lead to a further rise in the global energy prices, especially in the EU, which are already high.

Outside the EU market, other countries will have more opportunities to buy cheap and high-quality Russian oil products.

Data map: In the winter of 2021, Bavaria, Germany ushered in snowfall.

This creates a problem: EU countries may not only have a hard time next winter, they may also "shoot themselves in the foot" and will have to buy oil at a high price from other countries that bought Russian oil at a low price return.

Russian Deputy Foreign Minister Ivanov commented that the EU's policy toward Russia "seriously lacks rational common sense" and that European companies have suffered billions of euros in losses due to this "short-sightedness".

It seems that, apart from maintaining the "unity and democratic atmosphere" in face, what exactly has Europe gained from the sanctions?