Erdogan: We will clean Manbij and Tal Rifaat from terrorists and await concrete steps from Sweden and Finland regarding their accession to NATO

Turkish President Recep Tayyip Erdogan confirmed today, Wednesday, that his country is moving to a "new stage" in its decision to establish a safe zone at a depth of 30 km in northern Syria. 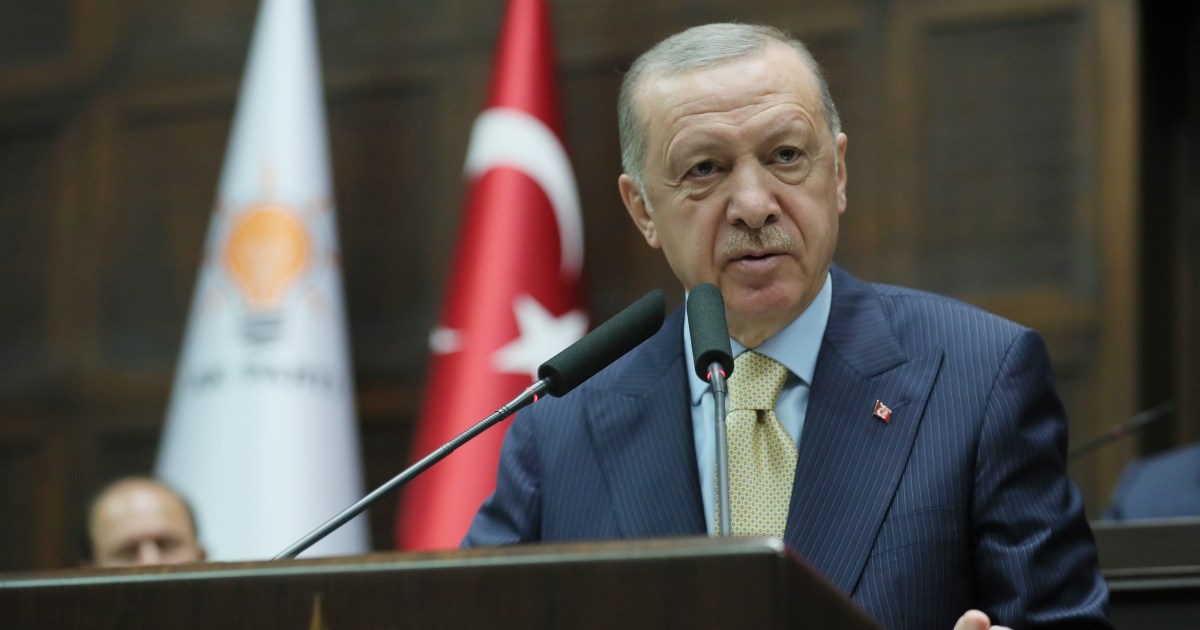 Turkish President Recep Tayyip Erdogan confirmed today, Wednesday, that his country is moving to a "new stage" in its decision to establish a safe zone at a depth of 30 km in northern Syria, and to cleanse the areas of Tel Rifaat and Manbij from what he described as "terrorists".

He also stated that Ankara has not yet received any concrete proposals to address its concerns about Finland and Sweden applying to join the North Atlantic Treaty Organization (NATO), which Ankara has objected to claiming that the Scandinavian countries support groups it considers "terrorist".

Erdogan said - in a speech to members of the Justice and Development Party bloc in the Turkish parliament - that "those who are trying to legitimize the terrorist organization PKK (PKK) and its branches under different names are only deceiving themselves."

"We are moving to a new stage in the process of establishing a 30-kilometre safe zone at our southern border. We will clean Manbij and Tal Rifaat from terrorists, and we will work step by step in other areas," he added.

Erdogan added, "We will see who will support these legitimate security operations led by Turkey and who will try to oppose them."

Erdogan has been threatening for a week to launch an operation against Kurdish fighters in the Kurdistan Workers' Party, which Ankara and its Western allies classify as a terrorist organization.

The operation also targets the PKK-allied People's Protection Units (YPG), which was supported by the United States and the Western coalition against the Islamic State.

Regarding the candidacies of Finland and Sweden for NATO membership, Erdogan said that Turkey wants to see an "honest" approach from the two countries regarding its concerns, adding that Ankara will not change its mind unless it sees concrete and binding steps.

He also clarified that Turkey's opposition to the two countries' membership is not "opportunistic" but rather a matter of national security, noting that "without Turkey's consent, Sweden and Finland cannot join the alliance."

He stated that those who provide weapons to terrorists for free and refrain from selling them to Turkey deserve the title of "a state of terrorism, not a state of law." He also pointed out that NATO is a "security institution whose mission is not to support terrorist organizations."

The Turkish president said that European countries such as Germany, the Netherlands, Finland and Sweden support terrorist organizations under the pretext that they are democratic organizations, and the latter can demonstrate in those countries under the protection of the security services, noting that Sweden provided 350 million dollars to the PKK through which it obtained missiles and weapons.

It is noteworthy that the Turkish president has been opposing since mid-May the accession of Finland and Sweden to NATO, as Turkey accuses these two countries - especially Sweden, which receives a large community of Turks - of harboring activists in the Kurdistan Workers' Party, which Turkey and its Western allies classify as an "organization". terrorist".