As RT found out, the US government Agency for International Development (USAID) intends to allocate $35 million for "structural reforms" in Moldova. The goal is to ensure the pro-Western course of the country, create an appropriate transport and logistics infrastructure and support anti-Russian rhetoric in the Moldovan media. The leadership of Moldova still takes a pragmatic position, but pressure from the United States will increase, experts say. 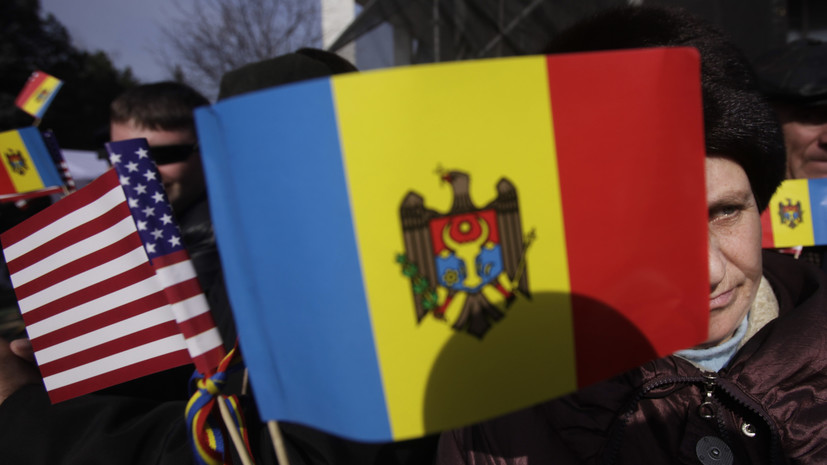 As follows from the US Department of the Treasury tender documentation available to RT, USAID has published a request for approval to award a $35 million contract to Nathan Associates on a non-competitive basis for the implementation of “Moldova Institutional and Structural Reform Measures” (MISRA).

“The objectives of Nathan Associates will be to stimulate a sustainable and inclusive recovery from the regional crisis, improve the institutional and business environment in Moldova, as well as conditions conducive to trade,” the documents say.

Also on russian.rt.com, the US will allocate $20 million for the “development” of investigative journalism in Europe and the post-Soviet space

The American government, represented by USAID, is concerned about "support for Moldovan state organizations and the private sector."

With this support, according to the US authorities, the following will be implemented in Moldova: accelerating the introduction of trade liberalization mechanisms;

approval of structural reforms and reforms to improve the investment climate;

improving economic governance in the public sector and strengthening strategic communications between private and public actors.

However, behind the general formulations there are specific desires to reorient the Moldovan economy towards Western markets.

Thus, the document notes that “due to Russian aggression in Ukraine”, trade corridors have ceased to function, supply chains have failed, and demand has declined.

In this regard, it is proposed to carry out work "on the systems, procedures and capabilities of the country in order to reorient business and trade flows towards the borders of the EU."

In addition, the Americans intend to create "incentives for businesses to come and stay in Moldova."

Thus, within the framework of USAID-funded projects, American officials openly admit that they have plans to sever trade and economic ties between Moldova and Russia.

To achieve these goals, the United States also provided for a specialized sub-grant program for processing public opinion in Moldova.

It is emphasized that its main task is “to make the public better understand and support efforts aimed at overcoming the economic crisis caused by the Russian invasion of Ukraine, as well as measures to improve the institutional and business environment in Moldova and conditions conducive to trade.”

Also on russian.rt.com USAID has allocated more than $775 million for non-profit projects in Russia and the former USSR in two years

As part of the implementation of the strategy, “subgrants may be used to facilitate the movement of Moldovan trade to the west.”

This means, in particular, support for the reorientation of logistics flows away from the Ukrainian infrastructure used for trade.

And these are roads, railway network, ports.

With the money of the Americans, new logistics hubs will be developed, the internal logistics potential of Moldova will be strengthened, and customs procedures will be optimized at the border crossing points between Moldova and the EU.

In particular, the documents note the need to increase the capacity of the Giurgiulesti International Free Port and assess the prospects for the development of the Marculesti airport.

The tender documentation emphasizes that the decision to allocate $35 million without competition to Nathan Associates for an urgent program to implement institutional reforms in Moldova was caused by "Russian invasion of Ukraine."

This allows us to talk about the connection of projects within the framework of this program with the decision of the collective West to use Moldova as the next point of tension on the southern geopolitical flank of Russia.

Education of "agencies of influence"

The program announced by the US government is part of a more general Western effort to turn Moldova into another anti-Russian outpost, Vladimir Zharikhin, deputy director of the Institute of CIS Countries, said in a conversation with RT.

Also on russian.rt.com, Igor Dodon stated that the group of prosecutors in the case against him is “managed by the US Embassy”

“The problem is that Europe is not able to supply certain groups of goods, primarily gas and oil, to Moldova.

Therefore, President Maia Sandu, although he adheres to a pro-Western orientation, at the same time takes a pragmatic position, the expert says.

She understands that sudden movements should not be made.

But it is obvious that the West is pushing it towards this, including through such programs.”

In the implementation of the American program for "institutional reforms" in Moldova, according to Zharikhin, the emphasis will be on creating a "second-tier agency of influence" - for example, through appropriate training of potential future leaders in the business environment and the administrative sector.

“The Americans did it everywhere, including here in the 1990s.

It is clear that the West and the United States are trying to force the Moldovan leadership to take anti-Russian steps.

Hence all these voyages to Chisinau of high-ranking American and European emissaries, - the expert notes.

- The Moldovan leadership has so far refrained from such steps.

But the pressure is certainly increasing, and one of its elements is the creation of this particular USAID program.”

As it became known earlier, the North Atlantic Alliance is discussing the possibility of supplying weapons to Moldova and training the military personnel of the republic in handling them.

This was announced by British Foreign Secretary Liz Truss.

Moldovan President Maia Sandu, speaking from the rostrum of the European Parliament, called on Russia to withdraw troops from Transnistria, noting that their presence allegedly "violates the neutrality" of Moldova.

These events take place against the backdrop of reports of the arrest of the former president of the republic, Igor Dodon, a well-known supporter of cooperation between Chisinau and Moscow.