Roland-Garros: Alcaraz eliminated in 4 sets by Zverev who will play the semi-finals 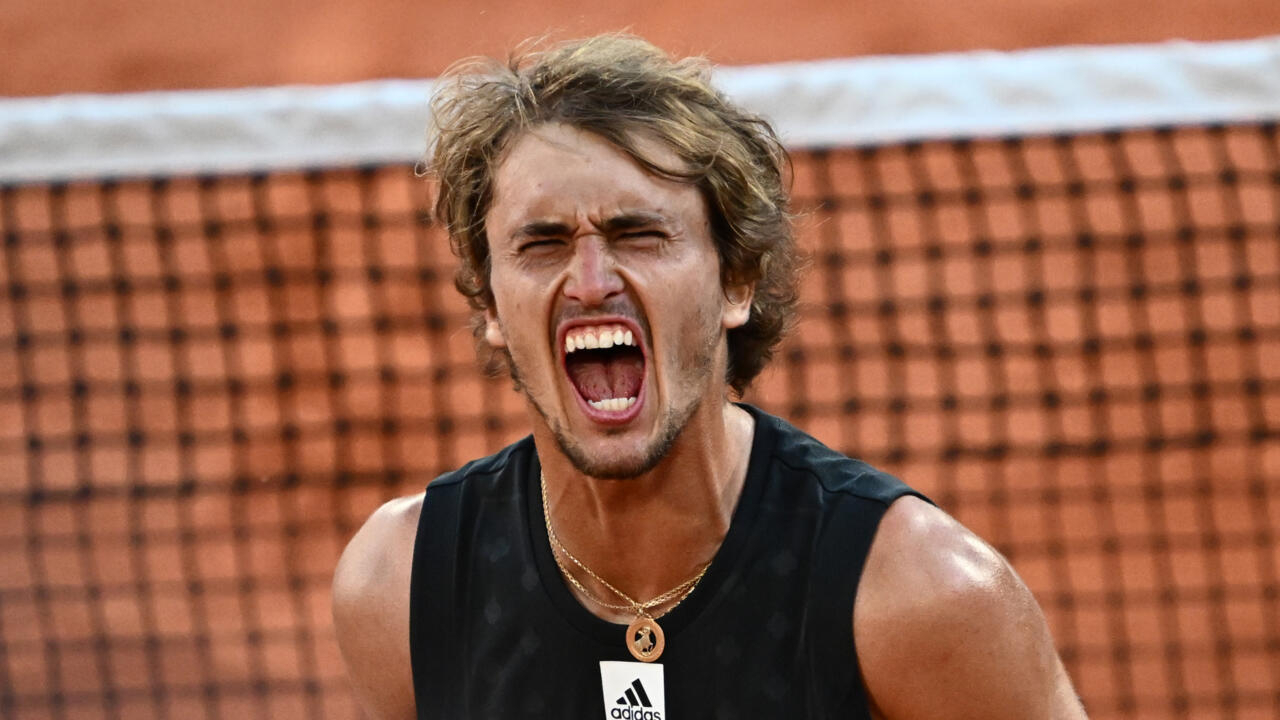 "I beat myself up...I knew I had to play my best tennis today, from start to finish. I'm glad I made it," said the 25-year-old German.

"He was coming back strong... He's an amazing player, I told him at the net he was going to win this tournament a lot of times, not just one. Hopefully I can win it before he goes down. to fight us all and that we have no more chance", added the Olympic champion of Tokyo.

Semi-finalist last year on clay in Paris, Zverev remained on a heavy defeat against Alcaraz in the final in Madrid in early May (6-3, 6-1).

By pounding his opponent's backhand, he who had lost his 11 games against Top 10 Grand Slam players so far managed to prevent the Spaniard from imposing his game, his rhythm, his power.

The German Alexander Zverev, during the quarter-final against the Spaniard Carlos Alcaraz, on May 31, 2022 at the Roland-Garros tournament Thomas SAMSON AFP

Solid on his serve, the German conceded only one break point in the first set, which he saved, and he only needed a break to break away 3-2 and win the first set.

In the second, Alcaraz had a break point to lead 3-1 but failed to make it happen and it was again the German who took the Spaniard's serve to lead 4-3.

The German Alexander Zverev, during the quarter-final against the Spaniard Carlos Alcaraz, on May 31, 2022 at the Roland-Garros tournament Anne-Christine POUJOULAT AFP

At 5-4, Zverev served for the set: loudly supported by the public, Alcaraz saved two set points, had a break point, but saw the set fly away on an ace from the German on the third set point.

Round three has long been indecisive.

At 4-4, Alcaraz saved a particularly important break point from a magic drop ball and finally won their service game.

And it was on a new cushioning that the Spaniard caused the fault of Zverev and won the third round.

The German Alexander Zverev, during the quarter-final against the Spaniard Carlos Alcaraz, on May 31, 2022 at the Roland-Garros tournament Thomas SAMSON AFP

In the fourth, the already high level of play is further increased.

Alcaraz offered the break to Zverev on a double fault.

Leading 5-4, the German served for the match but Alcaraz didn't let go and came back at 5-5.

The two men arrived at the tie break where Zverev offered himself a first match point on his serve at 7/6, then a second at 8/7 which he converted with a winning return.

He will thus play his fifth semi-final in Grand Slam.

He only reached the final once, at the 2020 US Open, and lost to Dominic Thiem.

For his part, at 19, Alcaraz once again fails at the gates of the last four after the US Open last September (abandonment against Auger-Aliassime).

For his first Roland-Garros a year ago, the student of Juan Carlos Ferrero, ex-world No.1 and 2003 winner in Paris, stopped in the third round (beaten by Struff) after racing through the qualifications.