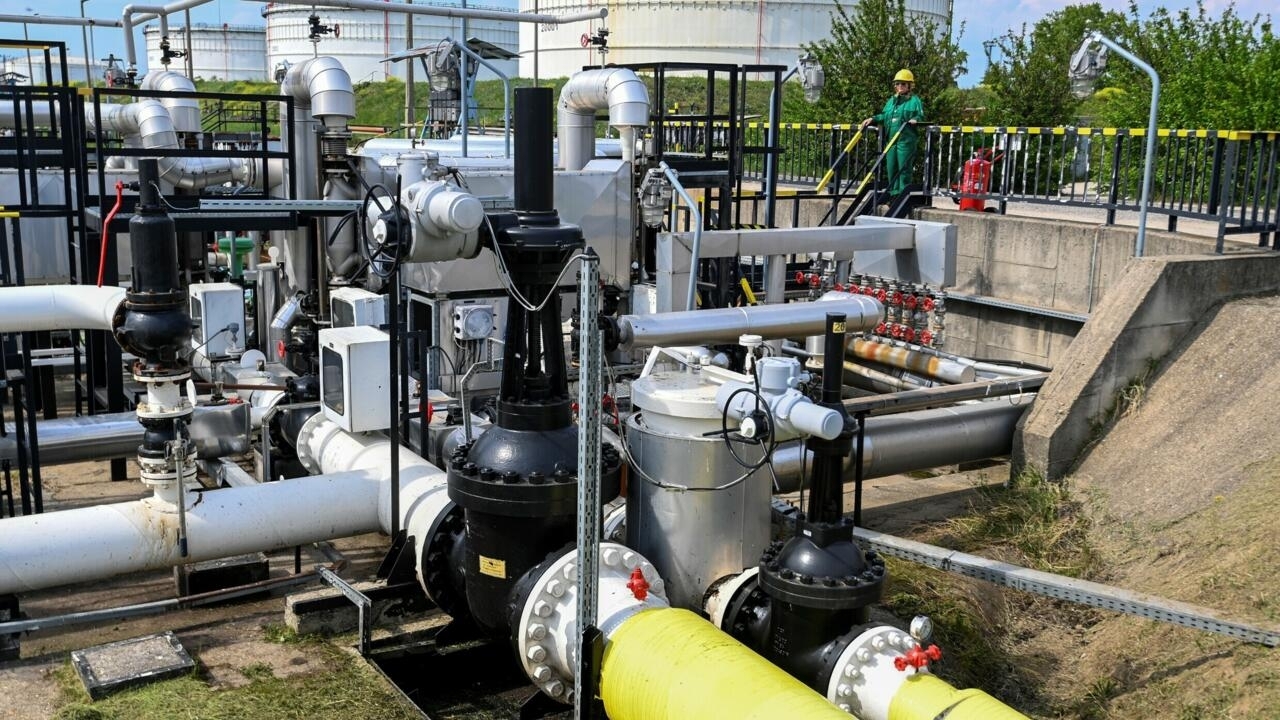 This embargo on crude oil within 6 months and refined products within 8 months is the key measure but also the thorniest of the sixth package of sanctions against Russia which was blocked until now by Hungary.

The Heads of State and Government meeting at the summit in Brussels gave the green light to a gradual halt in imports of Russian oil transported by boat, ie 2/3 of European purchases.

A temporary exemption has been provided for oil transported by pipeline, in order to lift Budapest's veto.

"This will cut off a huge source of funding for Russia's war machine," European Council President Charles Michel tweeted.

Berlin and Warsaw having pledged on their side to stop their imports through the Druzhba pipeline, in total 90% of Russian oil exports to the EU will be stopped by the end of the year, say European Commission President Ursula von der Leyen and French President Emmanuel Macron.

The extension of the embargo to deliveries by pipeline will then be discussed "as soon as possible" without a deadline being set.

"Russia is choosing to continue its war in Ukraine. As Europeans, united and in solidarity with the Ukrainian people, we are taking new sanctions this evening," tweeted Mr. Macron, whose country holds the presidency of the Council of the EU. .

Earlier in the day, Ukrainian President Volodymyr Zelensky called on EU leaders to "stop their bickering" to quickly pass the sixth sanctions package.

"The quarrels in Europe must stop (...), Europe must show its strength. Because Russia only understands the argument of force", declared the Ukrainian leader by videoconference.

Budapest had conditioned its green light on guarantees of its energy security.

Arriving at the summit, Hungarian Prime Minister Viktor Orban had demanded assurances in the event of a cut in the Druzhba pipeline which supplies his country via Ukraine.

He demanded that his country be able to be supplied with Russian oil by sea if the arrival by pipeline were to be stopped.

"This is the guarantee we need," said Mr. Orban.

Hungary, a landlocked country without access to the sea, depends for 65% of its consumption on oil transported by Druzhba.

It had opposed the initial proposal for an embargo, unless it benefited from a period of at least four years to implement it, and around 800 million euros in European funding to adapt its refineries. .

Ms von der Leyen estimated that the capacity of the Adria pipeline, which also supplies Hungary via Croatia, could be increased with a delay of "about 45 to 60 days" and "investments", which she did not have not encrypted.

Unanimity is required for the adoption of sanctions.

The political green light from the leaders must still give rise to discussions on Wednesday between the ambassadors of the Twenty-Seven, with a view to finalizing the agreement.

Prague had requested an adaptation period of eighteen months for refined products which was accepted, according to Belgian Prime Minister Alexander De Croo.

Those requested by Slovakia and Bulgaria (two years each) are still under discussion, according to a European source.

Under negotiation for a month, the new sanctions package also provides for an expansion of the EU blacklist to around 60 personalities, including the head of the Russian Orthodox Church, Patriarch Kirill.

A hydrocarbon depot of the Russian oil company Lukoil in Brussels, May 13, 2022 Kenzo TRIBOUILLARD AFP

It includes the exclusion of three Russian banks from the Swift international financial system, including Sberbank, the country's main institution.

The leaders also approved the granting of 9 billion euros to the Ukrainian government to cover its immediate cash needs to run its economy.

kyiv has quantified its needs at 5 billion dollars per month.

The two-day summit must also address on Tuesday the continent's energy transition to do without Russian gas and the food crisis linked to the war in Ukraine which threatens the African continent in particular.