Ex-NATO commander: Putin's actions are illegal... Thus, his blockade of Ukraine's ports can be broken

A former NATO commander has warned that Russian President Vladimir Putin's actions in his war on Ukraine are destroying the country's economy and causing hunger in the world. 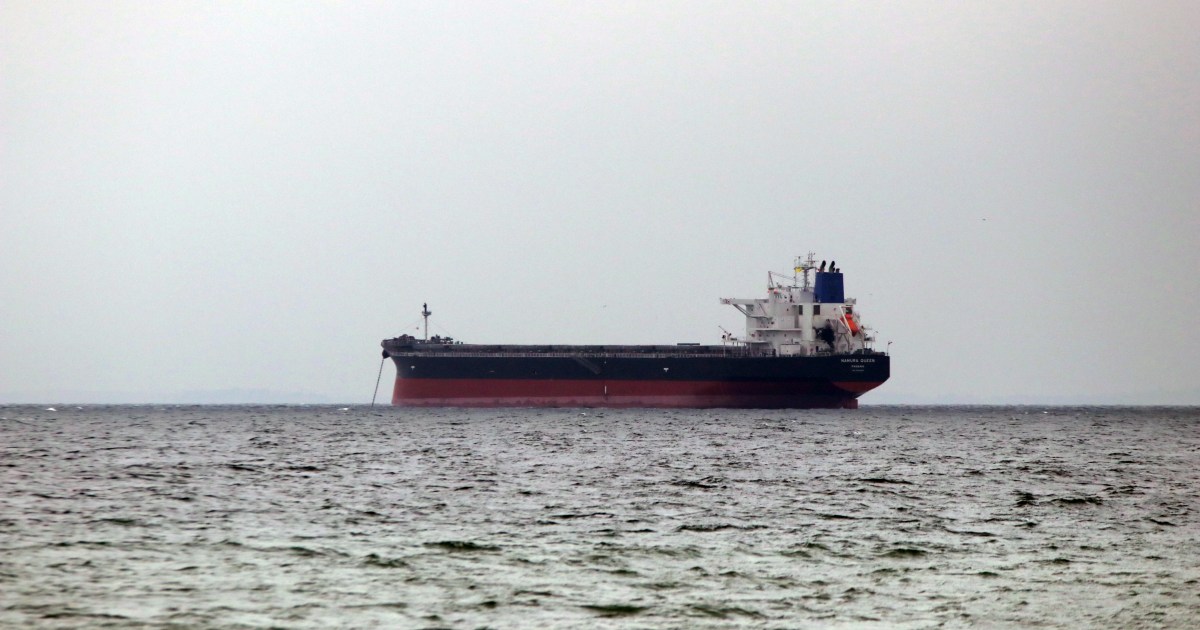 James Stavridis, a retired US Navy admiral who served as commander in chief of the North Atlantic Treaty Organization (NATO), stressed the need for the United States and its allies to protect ships carrying grain, describing Putin's actions as illegal.

In light of the food shortage facing the world, due to the "illegal" blockade imposed by Russia on Ukraine, Stavridis - in an article for the "Bloomberg" news site - called on the United States and its allies to think carefully about taking a response similar to the one it followed during the war The first Gulf was in the eighties of the last century, when oil tankers were then subjected to attacks in the middle of the Gulf in what was known as the tanker war.

At that time, the world needed to maintain the flow of oil, so it resorted to what the author of the article calls a somewhat surprising solution, which is escorting convoys of oil tankers on which the United States was raising its flag while crossing - back and forth - the narrow Strait of Hormuz.

Precedents to think of

The operation to protect convoys during this tanker war was called Operation Earnest Will.

According to Stavridis, the operation was generally successful during the period from the summer of 1987 to the fall of 1988, as it kept the oil flowing and robbed the Iranians of their influence and power.

Ukraine supplies the world with a large portion of its need for wheat (about 7% of world exports), sunflower oil and other important agricultural products.

Not only are Russia's actions, according to the Bloomberg article, illegal under international law, but could cause famines in the Middle East and North Africa, "which are already unstable hot spots."

She condemned Russian President Putin to control the northern Black Sea, because his fleet - which includes more than 20 large combat ships - is the undisputed strongest in the region.

While Turkey, Romania and Bulgaria - which are members of NATO - have powerful forces in the Black Sea, Ukraine practically no longer has a navy to counter the Russian blockade.

The Russian fleet is strangling Ukraine by sea

And the former commander of NATO indicates - in his article - that the Russian forces have massed along their sea coasts and are in a position to stifle the economy, with the ensuing side effects that prevent agricultural products from reaching their intended markets.

Moscow is alleged to be pursuing the same strategy that the Union Army used against Confederate forces in the agricultural south during the American Civil War (1861-1865).

In that war, the Union Army carried out what is known as the "Anaconda" plan (relative to the anaconda snake that strangles its victims to death).

The plan deprived the naval portion of the Confederate States of America of hard currency by forbidding them from exporting cotton.

According to Stavridis, Putin is doing the same with Ukraine, which has had an impact on that country.

He adds that the Russians have now proposed negotiations to allow the grain to be shipped in exchange for the lifting of Western sanctions, "which the United States and its allies will not accept."

Challenges to the idea of ​​breaking the Russian blockade

He explained that all of this leads us to the idea of ​​breaking the blockade by escorting merchant ships.

However, this proposal faces 3 challenges. The first - the most obvious - relates to who will undertake this escort, and the writer answers that by saying that this could be done under the auspices of the United Nations, NATO or an alliance of countries willing to carry out this task, which he describes as provocative and dangerous.

The most likely approach would be the latter, led by the United States and possibly involving Britain, France, and possibly the Black Sea states (Turkey, Romania, and Bulgaria).

The second of those challenges is the removal of mines, because both the Ukrainians and the Russians used them in an attempt to control the seas along the Ukrainian coast.

NATO has a permanent force of minesweepers for exactly this purpose.

The third challenge is that countries implementing any blockade have to work with major shipping countries and international traders who transport and own grain and other products.

These operations may be coordinated by the International Maritime Organization, based in London.

And this may require - according to the article - from some merchant ships to raise the flags of countries participating in the process, as the United States did in the Persian Gulf.

Moscow will most likely resort to woe and woe, but the possibility of attacking NATO ships in international waters is slim.

But if the Russians violated these expectations, it would be "stupid" on their part, and would be met with a proportionate use of force.

The author concluded that the democratic allies should consider an approach along the lines of Operation Ernst Weil, because Putin cannot be allowed to act as he pleases on the high seas.