The United Nations: A preliminary agreement between the parties to the conflict in Yemen to gradually open roads

The United Nations said that the Yemeni government and the Houthis agreed in principle to a proposal to gradually reopen roads and crossings in the city of Taiz in the west of the country and other governorates, according to the armistice agreement in force between the two parties. 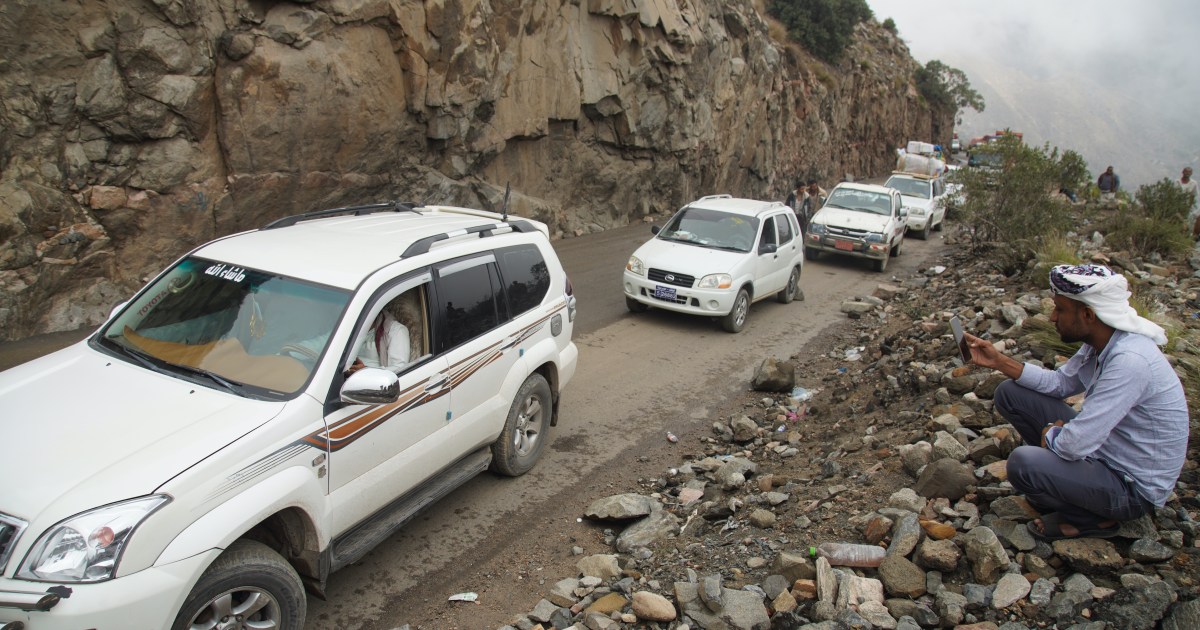 The United Nations said yesterday evening, Saturday, that the Yemeni government and the Houthi group agreed in principle on a proposal to gradually reopen roads and crossings in the city of Taiz in the west of the country and other governorates, according to the armistice agreement announced under the auspices of the international organization.

The consensus came at the conclusion of an initial round of direct talks between the government and the Houthis, which lasted for three days in the Jordanian capital, Amman, under the auspices of the United Nations envoy to Yemen, Hans Grundberg.

The UN envoy said in a statement that the proposal to gradually reopen the roads included an implementation mechanism and guarantees for the safety of civilian travelers, based on the options put forward by both parties.

Grundberg called on the two delegations to "conclude their deliberations urgently, and achieve positive results for the Yemeni people."

And the UN envoy added that the importance of lifting restrictions on the freedom of movement of people and goods is not limited to the positive impact of alleviating the suffering of Yemenis and reviving their economy, but will help enhance confidence in the political process as well.

When the people of Taiz call for the siege of their city to be lifted, they do not ask for pity from their enemy, and this is not a sign of weakness in front of him. The Taiz demonstrations are an expression of the civil identity of the governorate.

These are their primary tools before and after the war.

According to the UN statement, the Amman talks were attended by civil society actors and local mediators, mostly from Taiz, by presenting practical options for opening roads based on their own perspective and experience.

Head of the government's negotiating team, Abdul Karim Shaiban, said that he hopes the Houthis will respond to the demands of the people of Taiz, "and ensure that they obtain their legitimate right to move freely and with dignity, a right guaranteed by all local and international norms and laws."

Shaiban had hinted on Friday that the delegation would withdraw from Jordan's negotiations after what he described as the Houthis' rejection and their lack of seriousness in alleviating the suffering of 5 million residents of Taiz Governorate.

There was no comment from the Houthi group to respond to the government's accusations in this regard.

The Yemeni government and international and human rights organizations accuse the Houthi group of imposing a suffocating siege on the city of Taiz, the largest city in Yemen in terms of population, for seven years, which has obstructed all the necessities of life in the densely populated city under the legitimate government.

At the beginning of last April, the United Nations announced the agreement of the parties to the conflict to a truce for a period of two months, subject to extension, and the entry into force of the truce on the second of the same month. Movement and movement of civilians.

It is noteworthy that Yemen has been suffering for more than 7 years of war between the pro-government forces backed by the coalition led by Riyadh, and the Houthis backed by Iran and who control governorates, including the capital, Sanaa, since September 2014.