In Sudan, two demonstrators died on Saturday May 28 during new marches against military power. These new deaths bring to 98 the death toll in the crackdown on protests against… 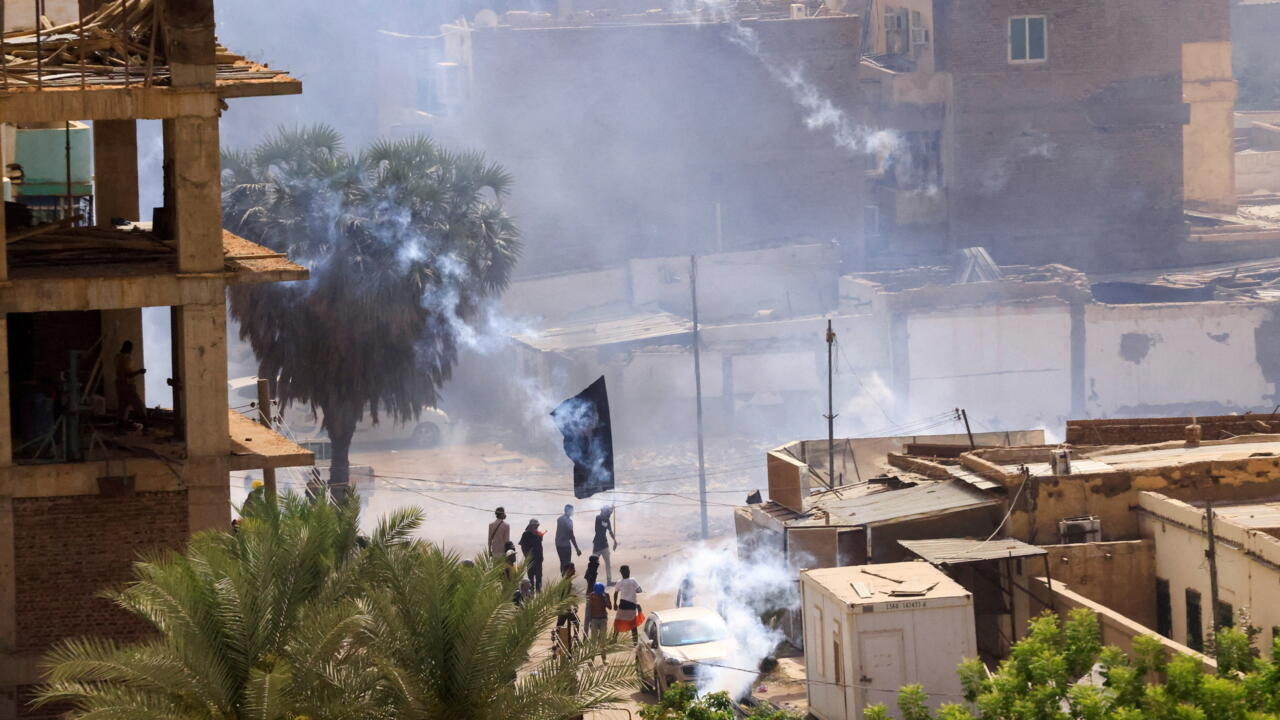 A protest march against military rule in Khartoum on May 19, 2022. REUTERS - MOHAMED NURELDIN ABDALLAH

In Sudan, two demonstrators died on Saturday May 28 during new marches against military power.

These new deaths bring to 98 the death toll in the repression of the demonstrations against the coup of October 25, 2021.

They were still thousands to take to the streets of several districts of Khartoum on Saturday.

And it is again a union of pro-democracy doctors who testifies to the violence suffered by the demonstrators.

According to Sudan's central medical committee, the first marcher was "

" in a southern district of the Sudanese capital.

The second died of suffocation from tear gas canisters.

And faced with an ever-increasing number of victims, the two organizations are calling alongside the countries of the region for a dialogue between all political forces.

, however, the civilian forces have refused to sit at the same table as the military.

They, for their part, ask the supporters of democracy to demonstrate a greater sense of compromise.

General al-Burhan regularly threatens to expel the UN envoy, Volker Perthes, whom he accuses of interfering in the affairs of the country.

To listen: Sudan: the demonstrations continue and questions arise in the face of the current impasse