Plane with 22 people on board missing in Nepal

A plane operated by a private airline in Nepal went missing on Sunday with 22 people on board, officials said, adding that cloudy weather prevented helicopters from flying overhead… 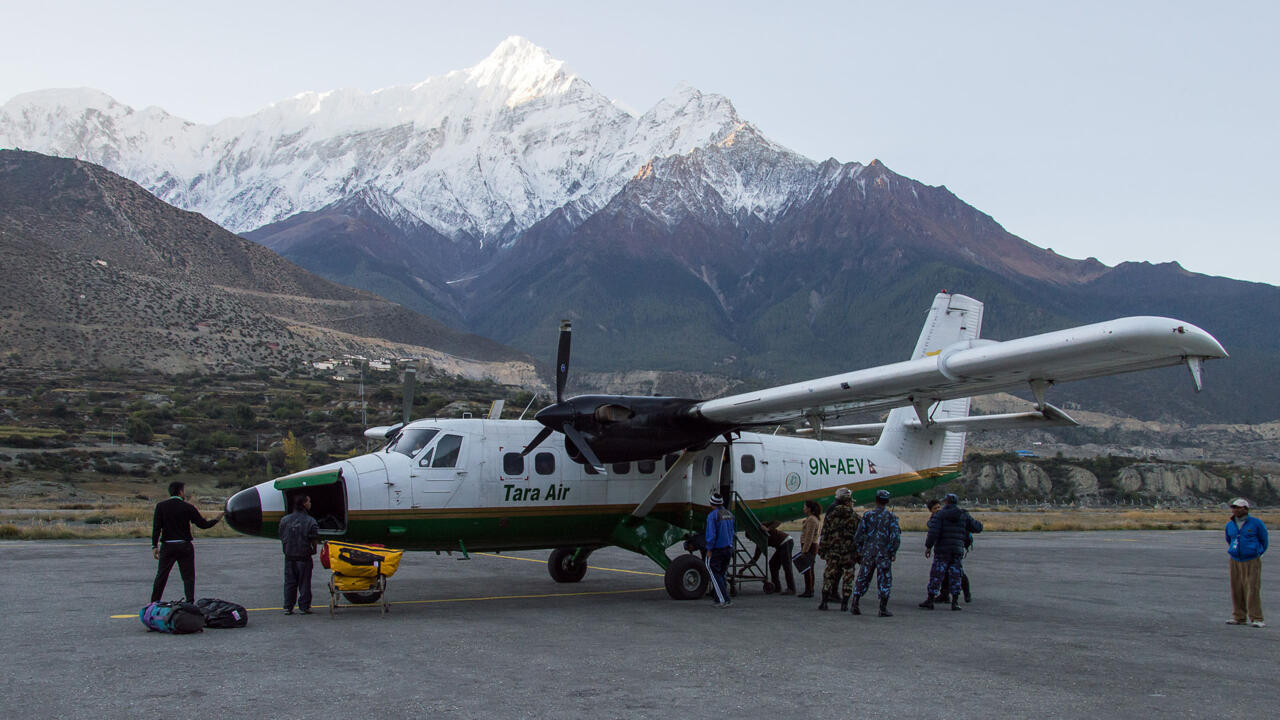 A plane carrying 22 people was reported missing over a mountainous area in Nepal, announced on Sunday May 29, the airline company Tara Air and the authorities, while bad weather conditions complicate search operations.

The twin-engine Twin Otter had taken off from the city of Pokhara (central-western Nepal) at 9:55 a.m. before losing radio contact.

"Contact was lost with a domestic flight heading to Jomsom from Pokhara," Sudarshan Bartaula, spokesman for the Kathmandu-based airline, told AFP.

Three crew members and 19 passengers are on board the aircraft, he said.

"We are trying to locate the area where the plane could be," Tara Air spokesman Sudarshan Bartaula told AFP.

"Police and army rescue teams are on the way," he added.

>> To see on France 24: FOCUS - Nepal: Lo Manthang, a fortress perched on the roof of the world

Jomsom, known as a starting point for hikers in the Himalayas, is a twenty-minute flight from Pokhara, the country's second largest city, 200 kilometers west of the capital Kathmandu.

Phanindra Mani Pokharel, a spokesman for the Interior Ministry, said two helicopters were dispatched for the search operations.

But visibility was poor, he added.

"Bad weather could slow down search operations. Visibility is so low, you can't see anything," he said.

Nepalese air transport has boomed in recent years, carrying tourists, walkers and mountaineers, as well as goods, to remote and hard-to-reach places by road.

Nepal, a poor country in the Himalayas, has a poor aviation safety record due to insufficient pilot training and maintenance.

The European Union has banned all Nepalese airlines from accessing its airspace for security reasons.

The country also has some of the most remote and dangerous tracks in the world, located in the middle of snow-capped peaks.

The following year, three people died after a plane failed to take off and hit two helicopters.

The accident occurred at Lukla airport, gateway to Everest, which has the reputation of being one of the airports in the world where it is the most complicated to land and take off.

>> To read on France 24: Everest, symbol of the excesses of mass tourism

The deadliest accident dates back to 1992, when 167 people were killed on board a Pakistan International Airlines flight near Kathmandu airport.

In May, Nepal's second international airport opened in Bhairahawa, allowing Buddhist pilgrims from all over Asia to access the Buddha's birthplace in nearby Lumbini.

This project, at a cost of 76 million dollars, should make it possible to offload the international airport of Kathmandu.