France: after the clashes at the Stade de France, UEFA launches a joint audit with the police

A spoiled party and France finds itself singled out after the clashes which broke out near the Stade de France on Saturday evening May 28, on the occasion of the Champions League final… 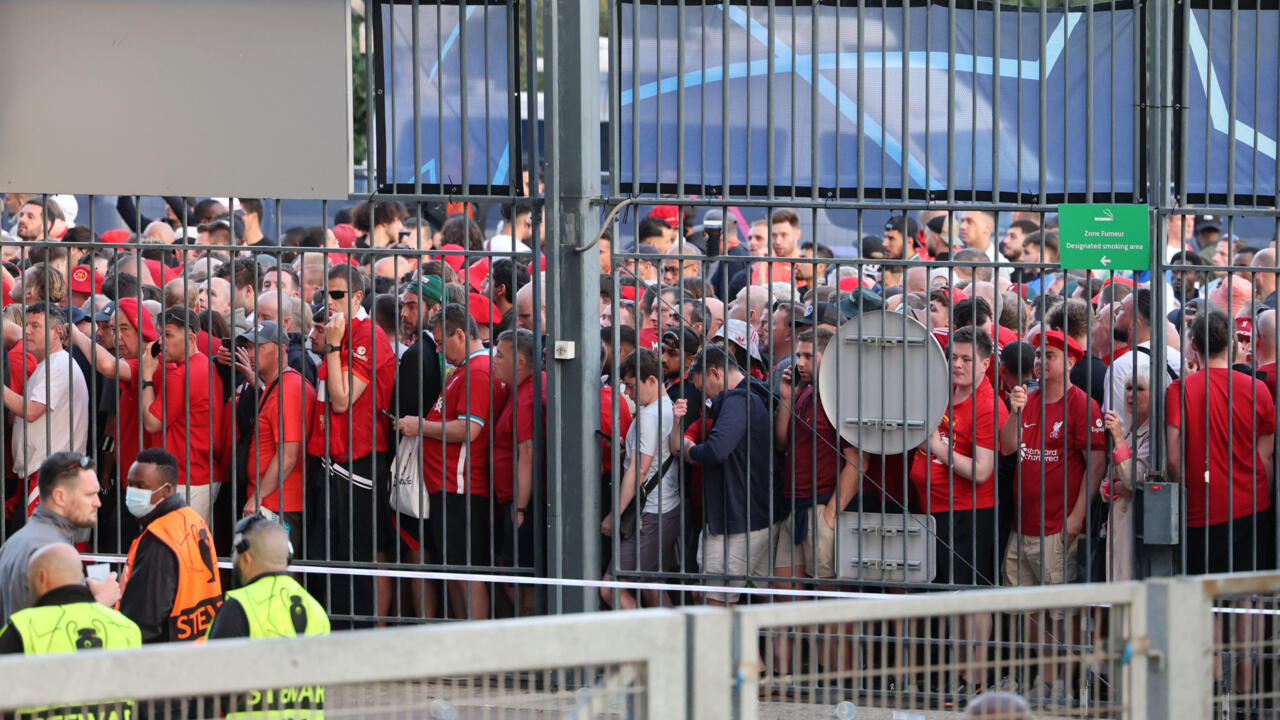 France: after the clashes at the Stade de France, UEFA launches a joint audit with the police

Liverpool supporters in front of the Stade de France entrance and waiting to be able to return to watch the Champions League final match.

A spoiled party and France finds itself singled out after the clashes which broke out near the Stade de France on Saturday evening May 28 during the Champions League final between Liverpool and Real Madrid.

An evening marked by crowd movements, tear gas, police charges and Liverpool supporters who were unable to access the enclosure before the end of the first half.

The chaos in the party plaza, lengthy security checks, crowds of fans, frustration, fear of missing their team's game, all of this delayed the kick-off of the game even further. thirty minutes and caused tensions outside.

Some supporters even tried to climb the gates of the Stade de France.

The police response is then muscular and it is broadcast live on social networks.

France finds itself singled out, its organization considered not up to such an event.

The authorities denounce the thousands of Liverpool supporters who came with fake tickets.

This blocked the security gates, causing a massive crowd.

However, according to initial testimonies, the police system is also questioned and in particular the referral of English supporters when they leave the RER to reach the stadium.

This is where a first bottleneck has formed.

The other question concerns tear gas, was it necessary to use them when many families, sometimes with children, found themselves stuck in the movement of the crowd?

UEFA will launch an audit in conjunction with the police to clarify matters.

Obviously, something did not work, like the Ligue 1 season where there were many incidents around the stadiums.

And that raises questions as the country organizes the Rugby World Cup next year and the Olympic Games in two years.

Reactions from across the Channel

In England, we do not mince words against the French police, reports

our correspondent in London

commentator posted on Twitter on Saturday evening as he tried to enter the Stade de France.

On the French side, English supporters are criticized, but the United Kingdom points to the flaws in the police and security in France.

This is not the first time we have seen this abroad,

We are very lucky here in the UK, we have a specialist police there, they are very good.

We need to know what happened in detail.

But it is worrying to see these people prevented from entering the stadium or who have been treated with a very aggressive approach.

The British football club said it was disappointed in a statement.

It was the biggest European match, fans shouldn't experience such scenes.

The Reds are calling for an investigation.

These scenes of disorder drew strong criticism from the ranks of the opposition.

Questioned on May 29 by the

, Marine Le Pen, the leader of the National Rally, expressed a "

On the side of Jean-Luc Mélenchon, we emphasize on BFMTV that “

the image is lamentable, it is worrying because we can clearly see that we are not prepared for events of the Olympic Games type

To read: France: tensions in Paris around the Champions League final