Dongxi Questions | Li Danting: How does a novel tell about the identity of young Chinese-Americans?

(East-West Question) Li Danting: How does a novel tell about the identity of young Chinese-Americans?   China News Agency, Beijing, May 29th: How does a novel tell the identity of young Chinese Americans?   ——Interview with Chinese American writer Li Danting   Author Gao Chuyi   The novel "Portrait of a Thief" is the debut novel by Grace D. Li, a medical student at Stanford University. It was 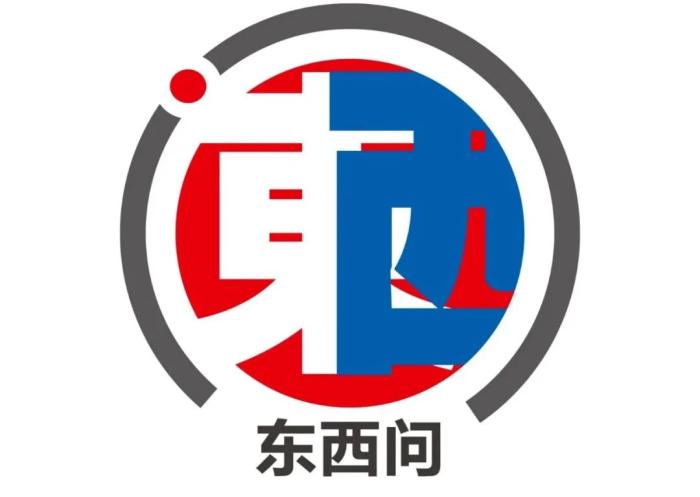 (East-West Question) Li Danting: How does a novel tell about the identity of young Chinese-Americans?

China News Agency, Beijing, May 29th: How does a novel tell the identity of young Chinese Americans?

The novel "Portrait of a Thief" is the debut novel by Grace D. Li, a medical student at Stanford University. It was published in the United States in early April this year.

In this book, the author explores the complexities and identity of Chinese American identity through an in-depth exploration of the Asian American experience.

The book was rated as one of the "2022 Most Anticipated Novels" by Goodreads, an American book review network, and Bookbub, an e-book sharing platform.

"This is a love letter to the Chinese-American experience," said the Stanford Daily. The novel has now been purchased by Netflix for television rights, and she will serve as executive producer of the show.

Recently, Li Danting said in an exclusive interview with China News Agency's "East and West Questions" column that the identity of Chinese Americans largely involves finding a sense of belonging and a place that can be called "home".

The following is the interview transcript:

China News Service: How did the story of the disappearance of Chinese art from Western museums inspire your writing?

Why write such a novel about Asian Americans?

Growing up, I never read a story of a character like me, so I didn't know there might be Asian Americans in American fiction.

It wasn't until college that things started to change, and I was fortunate enough to write with so many other Asian writers.

When I learned about real-life Chinese art thefts, I knew I wanted to read a book on the subject.

More specifically, I wonder what it would look like if the thieves weren't professional criminals, but Chinese American college students who were conducting these heists while exploring their identities and hopes for the future.

For me, the thought of Chinese-Americans returning looted art to China is especially meaningful because Chinese-American identity is so much about finding a sense of belonging and a place to live. A place called "home".

"Portrait of a Thief" cover.

Photo courtesy of the interviewee issued by China News Agency

China News Agency reporter: In your novel, a group of young Chinese-American students, their common goal is to return a piece of art that was "looted" to China.

What are the common perceptions of the identity of the young Chinese in your writings?

In writing this novel, I wanted to capture some of the rich experiences of Chinese Americans.

The identity of Chinese Americans is not a single one. Identity is affected by a person's growth environment, family background, socioeconomic status and other factors.

In my book, there is a character who grew up in Beijing and moved to the United States and still sees himself as more Chinese than American.

There are also characters in the book who have lived their entire lives in the United States.

However, whether it’s a love of Chinese food or an experience of discrimination in the United States, we can all find commonalities large and small.

China News Agency reporter: You have explored the Asian-American experience in depth in your novel, and you have also written, "wanting something intangible, a connection to an invisible foreign country, and trying to respect immigrant parents .” In your opinion, what is the difference between young Asians and immigrant parents’ understanding of “hometown” and “hometown”?

I think for young Asian Americans, myself included, the meaning of home is often changing.

I grew up in the US and see it as my home, but I don't think China is completely "foreign" either.

Most of my family still lives in China, and I go back to China every few summers.

But I wasn't as comfortable in China as my parents were there because my Chinese wasn't up to my level of English.

As a child of Chinese immigrants who grew up in the US, I often had a sense of wanderlust that I thought my parents would never understand.

But at the same time, they've been living in America for as long now as they've been in China, so we're talking more and more about who we are as Chinese Americans, whether first or second generation.

These family relationships are also what I try to explore in the book, where all the characters have different relationships to their parents, China and their definition of the country of origin.

Among the various summer camps held in the eastern United States, the Chinese school summer camp attracts many young people to participate in the camp with its strong Chinese culture.

China News Agency reporter: You grew up in the two cultural environments of China and the United States. How did this help and influence you?

How do you face and resolve identity "conflicts"?

In your opinion, how do young Chinese people in two cultures find their identity?

I grew up in the United States, and people often ask me where I come from.

Even though I was born and raised in the US, other Americans didn't seem to be happy with my answer until I said China.

Also, when I go to China, strangers and relatives ask me if I can speak Chinese or if I can use chopsticks.

Wherever I go, I feel like I'm not American enough or not Chinese enough.

This "conflict" took me years to resolve, until I went to college, and since then I've started to feel like I'm both Chinese and American.

I can't tell exactly when this transition took place, but I've slowly found myself comfortable with taking Chinese classes, spending time with other Asian Americans, reading Asian American literature, and changing my age.

I hope the increase in Asian American stories means that younger Asian Americans will face this "conflict" less and feel more comfortable in their identities.

Asian students on the campus of the University of Pennsylvania in Philadelphia.

China News Agency reporter: What kind of understanding do you hope to convey to readers through this novel?

How to improve young people's understanding, awareness and appreciation of Chinese American history and identity?

I wrote this book during the pandemic, a time of heightened fear and discrimination against Asian-American immigrants.

I want to write about young Asian Americans moving freely and fearlessly around the world, embarking on the adventure of a lifetime around their lives, motivations, and ambitions.

For me, thinking about these characters at a time when the world is so turbulent is a much-needed escape, and I hope readers who pick up this book see all the complexities and joys of being a young Chinese-American.

I also hope this is one of the more stories about Chinese American identity, because reading a book about a character that reflects on one's own identity experience or adds a new perspective is an important and valuable thing.

China News Agency reporter: As the executive producer, what are your expectations for the novel to be made into a TV series?

The project is still in its early stages, but I'm very excited about it.

I hope this will be an opportunity to bring Chinese American identity to the screen.

Everyone involved in this project has been great, and we share a common vision to shape Chinese American characters, making sure that the subtle but important details of language and culture come to life on screen as they do in books.

I've never seen a character like myself on a TV show, and being part of the process is a dream come true.

Grace D. Li, grew up in Pearland, Texas, USA, graduated from Duke University, majoring in biology and creative writing, and is currently studying at Stanford University School of Medicine.

"Portrait of a Thief" is her debut and is currently in script development at Netflix, with Li Danting serving as executive producer of the play.