Controversy after the organizational failures at the Stade de France

The controversy mounted on Sunday around the responsibilities of each in the organizational hiccups of the Champions League final at the Stade de France, with dreaded consequences in terms of… 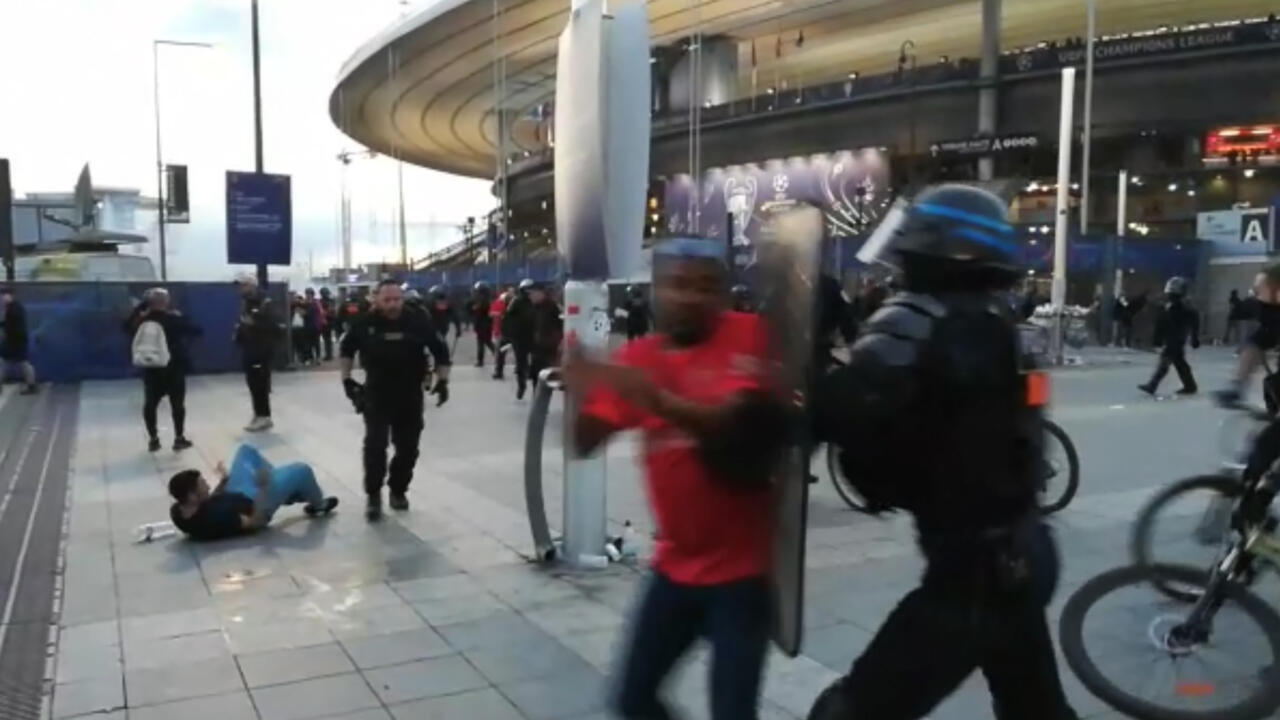 The prestigious European final, hosted in Paris and won on Saturday by Real Madrid against Liverpool (1-0), was marked by scenes of chaos and disorganization around the Stade de France, without causing serious injuries.

Extremely rare at this level and for purely logistical reasons, the kick-off of the meeting had to be delayed by 36 minutes.

UEFA explains that the disorder was caused by a problem of "counterfeit tickets" causing bottlenecks and requests an "audit" in urgency with the authorities of football and the French authorities.

Fans present and AFP journalists noted before the match the presence of gangs of young people and unidentified local football fans trying to force their way into the enclosure.

The police intervened, dispersing the crowd and passing supporters, including families, with tear gas.

As soon as the match ended, the Minister of the Interior, Gérald Darmanin, pointed out on Saturday evening the attitude of "thousands of British supporters without tickets or with fake tickets who forced their way in" at the Stade de France.

“Attempts at intrusion and fraud by thousands of English supporters have complicated the work of stewards and police forces but will not tarnish this victory,” added Sports Minister Amélie Oudéa-Castéra.

Liverpool supporters, considered unproblematic for 30 years already, were ulcerated by these accusations and the French welcome.

"We are extremely disappointed with the access issues and perimeter breaches suffered by Liverpool supporters," the English club said in a statement.

Officers and police officers from Liverpool, deployed on the spot as observers and liaison officers as on all European trips, indicated that "the vast majority" of England supporters "behaved in an exemplary manner, arriving early at the turnstiles and queuing" as requested.

In the "fan zone" of eastern Paris where they were tens of thousands to follow the broadcast, the British supporters did not pose a security problem, noted AFP journalists.

The red tide, after twelve hours of fervor and much drinking dispersed without incident.

Paris firefighters reported a "calm" evening at the stadium and in the "fan zones", with 238 rescue service interventions for minor incidents, including tear gas poisoning.

On the sidelines of this evening, 105 people were arrested, according to the Ministry of the Interior.

According to the Paris prosecutor's office, around twenty people were taken into custody, mainly for violence and theft.

For Ronan Evain, executive director of the Football Supporters Europe network, this failure "raises the question of France's ability to organize events of this size".

"We continue to reproduce the same organizational patterns that have already failed in the past. There is a very strong need to modernize the approach to securing these meetings," he told AFP.

Too little or not enough?

The security system - 6,800 police officers, gendarmes and firefighters and a large number of private security agents - was in any case to serve as a test for the Rugby World Cup, organized by France in 2023 and for the Paris Olympics, the year next.

The scenes of disorder drew criticism from the opposition.

"We are watched by the whole world and all the capitals which have seen this have found that France was no longer able to organize large demonstrations without them degenerating", estimated the president of the Rassemblement. national to the RTL-Le Figaro-LCI Grand Jury.

"The image is lamentable, it is worrying because we can clearly see that we are not prepared for events like the Olympic Games", launched the leader of La France Insoumise on BFMTV.

On the side of the presidential majority, Aurore Bergé wanted to "recall the context".

"This final should have been held in Russia" and France organized it "in barely three months", pleaded on RMC the deputy LAREM-Renaissance.

"There were no difficulties in the fan zones", she assured, calling for "a cold look at what happened", so as not to draw erroneous conclusions on the potential organizational weaknesses of the French authorities before the major sporting events to come.