Cannes 2022: Amartei Armar, first Ghanaian filmmaker in the running for the Palme d'or for short films

“It's surreal to be here. » With his film « Tsutsue », Amartei Armar, 31, was during this 75th edition the first Ghanaian director in the running for the Palme d'Or for short films in… 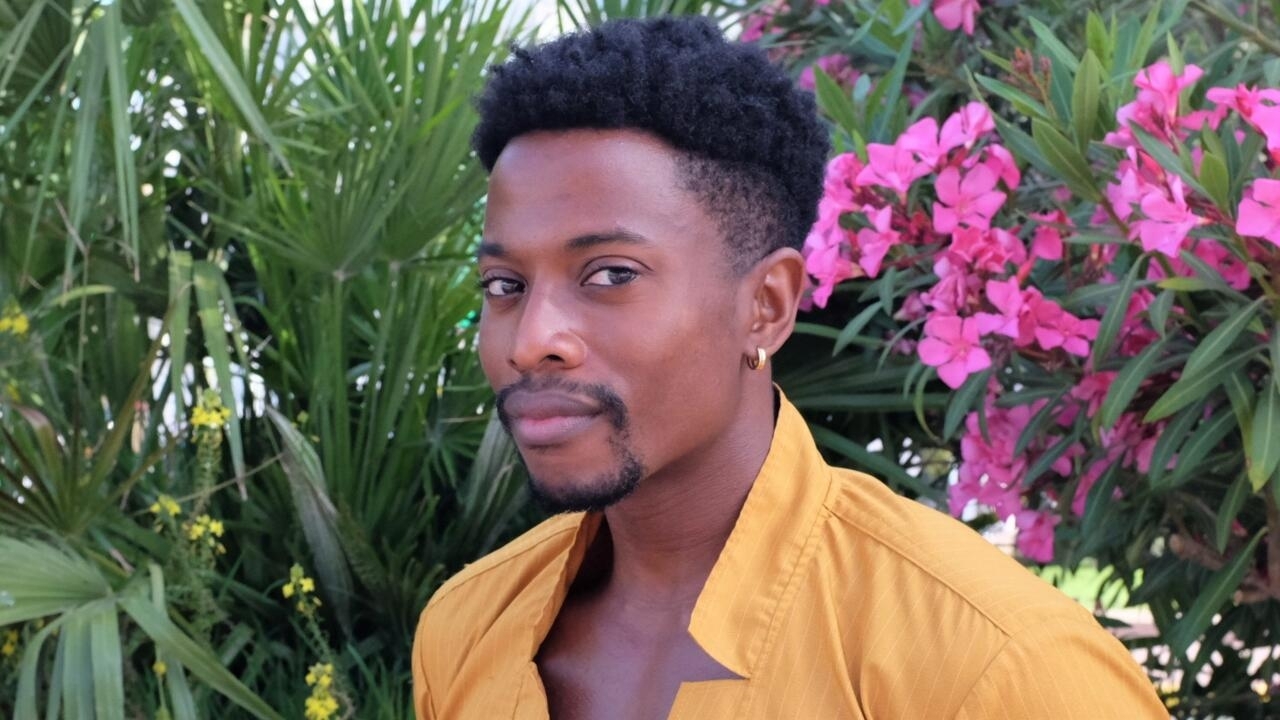 Cannes 2022: Amartei Armar, first Ghanaian filmmaker in the running for the Palme d'or for short films

“It's surreal to be here.

» With his film « Tsutsue », Amartei Armar, 31, was during this 75th edition the first Ghanaian director in the running for the Palme d'or for short films in the history of the Cannes Film Festival.

Interview with the man for whom “the beauty of cinema is to bring people together”.

3,500 filmmakers from around the world applied to take part in the short film competition at the Cannes Film Festival.

Your dream has come true.

How does it feel to be the first Ghanaian director and, this year, the only African to be selected to compete for the Palme d'or for short films

It means everything to me.

There are so many people from all over the world here.

For me, Cannes is the best festival for world cinema.

We are very honored that Ghana can be part of this festival and that we have been able to meet so many different cultures and countries.

It's surreal to be here.

At the Cannes Film Festival 2022, Africa advances out of competition

is about two fisherman's sons in a small Ghanaian town dominated by an open dump by the sea. One of the film's opening lines is a warning

The land is dying

Was this awareness also the trigger that pushed you to make

It all started with a documentary.

We went along the coast, because the government is making plans to rebuild the fishing industry in Ghana.

When we spoke to fishermen, we found that pollution and climate change were adding to the already existing difficulties of fishing.

70% of the catch they take out is just trash.

The challenge for us was to talk about a global issue and adapt it to a scenario with a child.

We chose the perspective of a child looking at what is happening.

In the film, the sea and garbage are everywhere.

Nevertheless, the open dump is both a source of pollution, but also a playground for children.

And the sea has certainly killed Okai's brother, but, at the same time, it also feeds the fisherman's family.

, is it a movie about life and death

That's exactly what the movie is about.

It's also a film about growing up.

The boy has to face the big questions of life.

And there is always a link between life and death.

We consume things, but when it's time to throw away the leftovers, where do they go?

How did you find the two boys Elisha Kirtson-Acquah (Okai) and Idrisu Tontie Jr. (Sowah) for this film

The name of the youngest means "God is great".

He is from Teshia, the town where we filmed.

My producer Yemoh Ike found it.

He searched a lot before finding this 8 year old boy who has so much energy and life.

He felt he could do the film justice.

He started in my short film

Today, he is 15 years old and he is almost as tall as us.

Is your ambition to be between artistic performance and cinema

We wanted to bring a slightly surreal aspect.

And this theme was also metaphorically integrated into the story itself.

The costumes reflect that too.

At the same time, they must remain credible so that the concern remains realistic.

It's a kind of sci-fi environment, a place where the boys draw a lot of imagination from, despite the detrimental effects for their community.

You are the son of a Ghanaian father and an American mother.

You studied cinema in Canada.

Today you live and work in Accra, Ghana.

A Unesco report found that after Nigeria, which produces more than 2,600 films a year, Ghana comes second with an annual production of 600 films.

For you, how is it going to direct, shoot and produce a film in Ghana

You have to go to the field, there are no studios or places where you can shoot on a set.

We are fortunate to work with La Luna Productions who have been very kind to us and who have guided us in our approach and helped to raise funds for the project.

I would say that's probably the hardest thing to do in Ghana, because there's not as much investment in cinema.

It's always up to independent production companies to find their own ways to make films.

But we love it so much.

We are crazy about cinema, about stories.

And we are here!

Among your inspirations, you cite great directors like Alejandro Gonzalez Inarritu or Agnès Varda, but also a Ghanaian artist, Serge Attukwei Clottey, born in 1985. How did he influence you

For example compared to the mask in the film.

He does a lot of artwork about pollution and waste.

] and transforms them into installations to express environmental concerns [

In the film, the jerrycan in the form of a mask takes over society's waste.

I was really inspired watching his art and we use the jerrycans almost like African masks.

Compared to Alejandro Gonzalez Inarritu and Agnès Varda, what I like so much about them is that every time I watch their films, there is so much empathy, so much love and dedication to human condition.

In this way, they break down barriers.

(1985), by Agnès Varda, I loved the point of view of this film, how she changed the way we can tell stories, integrating different genres.

She is a legendary filmmaker and this year the Cannes Film Festival gave her name to a cinema.

As for Inarritu, he is a model for bringing together different cultures.

It explores our ways of being with all our differences and our commitments in the world.

To see in the end that we are all human beings.

So we should be able to interact, understand each other and have empathy for each other.

At the Festival, I saw

by Hirokazu Kore-eda, I had tears in my eyes.

He's a Japanese director with a Korean history.

That's what we want.