Faten Hamama, the lady of the Arab screen for more than half a century

Faten does not forget her family's support for her talent. She confirmed in a television interview that her parents wanted their young daughter to appear in the cinema. 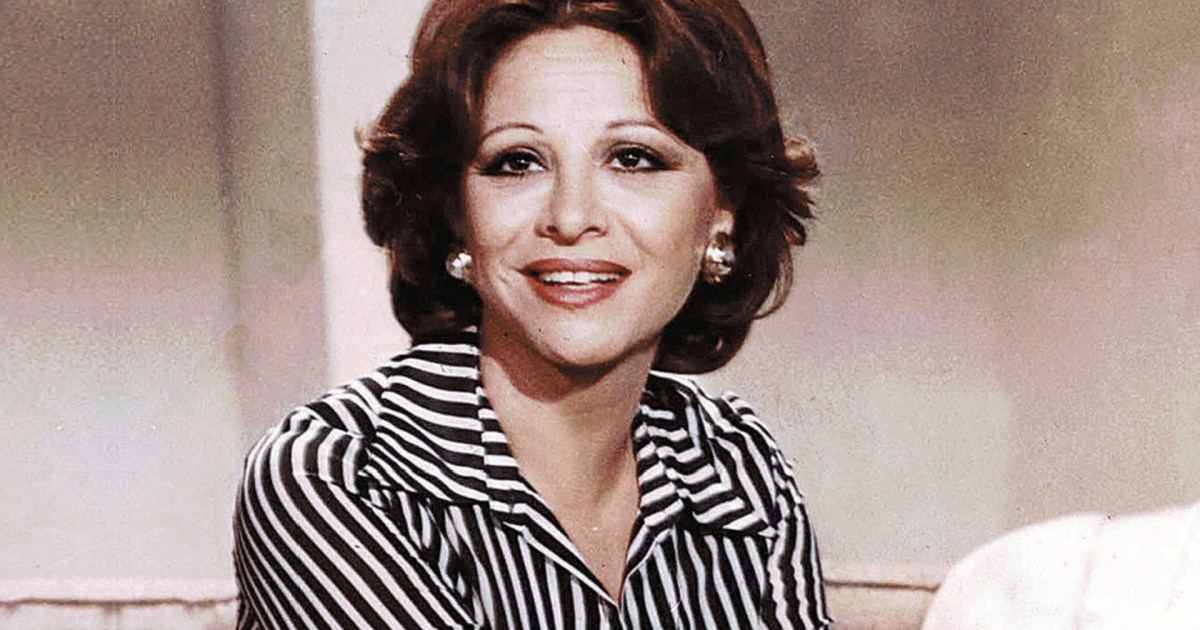 Faten Hamama was born on May 27, 1931 in Sinbillawain, a city in the Dakahlia Governorate.

When she was young, she won the award for the most beautiful girl in Egypt, so her father sent her picture to director Mohamed Karim, who at the time was looking for a girl to appear next to the great musician Mohamed Abdel Wahab in his movie “Happy Day” (1940), so that a dove appeared on the cinema screen and her age did not exceed 9 Years later, she also participated in his movie "A Bullet in the Heart" after 4 years, and rose to fame in her third movie, "Donya" (1946).

Faten does not forget her family’s care for her talent. She confirmed in a television interview that her parents wanted their young daughter to appear in the cinema. They loved cinema and their friend was a famous actor, so he wanted to put her in a children’s competition, in which she embodied the role of a nurse, and one of the artists took a picture of her that Muhammad saw Karim, and thus was the beginning of the road to the limelight.

At the end of the fifties of the last century, Hamama played her greatest role in the movie “Dua’a Al Karawan” about the story of the Dean of Arabic literature, Taha Hussein, directed by Henry Barakat, in which she played the role of the rural girl (Amna) who enlists in the service of the irrigation engineer in the village, to avenge the blood of her sister who fell He falls in love with him, and this kills her, but Amna is unable to take revenge.

Critics chose 18 of her films among the 150 most important films produced by Egyptian cinema in the celebration of the centenary of Egyptian cinema, and she won the Medal of Honor from the two leaders Gamal Abdel Nasser and Anwar Sadat.

The American University in Cairo also awarded her an honorary doctorate in 1999, the Egyptian Writers and Critics Organization awarded her the Star of the Century Award, the Cedar Medal from Lebanon, the Medal of Intellectual Competence from Morocco, and the First Prize for Arab Women in 2001.

The lady of the Arab screen

"Hello, hello.. we are here.. and we succeeded, is it in school.. bless us and give us a good gift with you."

Faten Hamama stands next to the artist, Shadia, singing together from the words of Fathi Qura and composed by Mounir Murad, in the movie “A Date on Life” (1953). for decades afterwards.

Between cinema and literature

The roles of Faten Hamama varied, to embody different female characters between the city and the countryside;

In "The Open Door" (1963), Hamama plays the rebellious girl (Laila), who participates in demonstrations against the colonizer, to meet and admire her revolutionary brother's friend.

She also embodied the characters of the heroines of the literary hero Ihsan Abdel Quddus in various films, such as "No Sleep" (1957), "The Dead End" (1958), "Do Not Extinguish the Sun" (1961), "The Thin Thread" (1971), and starred in the role of The mother in "Empire of M" (1972) where she is responsible for raising her six children besides her work in the Ministry of Education, to fall in love with a businessman, can she combine love and care for her family?

Faten Hamama left Egypt in 1966 for refusing to work with the Egyptian intelligence, like other female artists who were recruited in what was later known as the famous intelligence deviation case, and returned to Egypt in 1971 after the death of Gamal Abdel Nasser.

During her interview with Al-Musawwar magazine - published in 1991 - Hamama confirmed that she was a supporter of the July 1952 revolution, but she soon began to feel that Gamal Abdel Nasser was a deceiver when he specified the ownership of the land at 200 acres, then it became 100 acres a year later. You see people being taken from their homes to prison, and she could not travel outside the country without security approval.

Hamama says about the era of Abdel Nasser, "The rule became harsh and I hated the injustice of some patriots. Abdel Nasser was a patriot and honest president who did not steal the country, but his regime was harsh in many periods."

Her love story with the international artist Omar Sharif was the most famous love story in Egyptian cinema. Love brought them together in front of and behind the camera, and together they presented the films “Struggle in the Valley,” “Our Sweet Days,” “Struggle in the Port,” “Our Lady of the Palace” and “River of Love.” ".

Hamama was associated with Omar Sharif in 1955, after her divorce from her first husband, director Ezz El-Din Zulficar, and after her separation from Sharif, she married radiologist Dr. Mohamed Abdel Wahab in 1975, and she lived with him until her death, while her love remained in Omar Sharif's heart forever, describing her The only love in his life.

Hamama dreamed of universality at the beginning, but she saw that it was difficult for her to act in a film in a different country, and she was afraid that she would refuse a daring role when asked, as she respects eastern traditions, and says in a television interview, "I understand Fatima, Alia and Zainab...these are around me, I know their bodies." I can feel their feelings...there (in the West) I can't."

In 1991, Faten Hamama achieved great success with her series "The Conscience of Abla Hekmat", directed by Enaam Muhammad Ali, and the story of the script and dialogue by Osama Anwar Okasha, in which she presents the role of the virtuous teacher and the overseer (Hikmat Hashem) who faces many obstacles inside the school, and when she gets to Wealth is trying to generalize its educational experience to all schools.

Her last role was in the series "Moon Face" in 2000, where she played the role of the announcer, Ibtisam Al-Bustani, who lives a stable family life, with her husband and children, until her first husband appears again, who she thought died in front of her, and the series was written by Magda Khairallah and directed by Adel Al-Asar. .

In an interview with "Al-Masry Al-Youm" newspaper in 2011, Hamama said that she has not moved away from acting, but is waiting for a distinguished role that will attract her. She emphasized that she wanted to send a message in a work of art about hope, at a time when Egypt was going through political turmoil.