[Pick] 'The power of SNS'... Dentures found in the sea found their owner in 20 minutes

The story of a couple who used social media to find and return dentures they found while enjoying a vacation at the beach became a hot topic. On the 17th local time, FOX 10 News reported on the process of a man returning dentures he found while snorkeling in the sea to his owner. 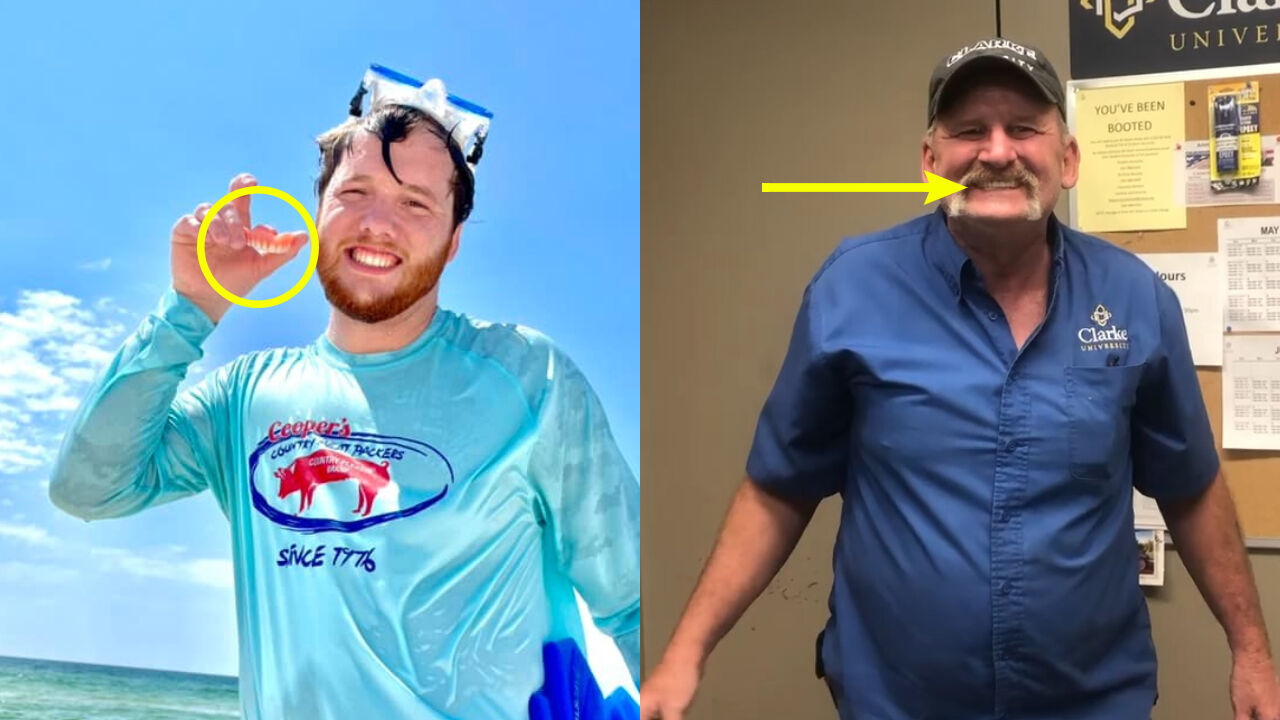 The story of a couple who used social media to find and return dentures they found while enjoying a vacation at the beach became a hot topic.

On the 17th local time, FOX 10 News reported on the process of a man returning dentures he found while snorkeling in the sea to his owner.

According to reports, the dentures were found a week after the owner lost them, and since it is about 3.2km away from the place where they were lost, there is a very slim chance of getting them back.

Dentures were discovered by Aaron Welborn, who was on vacation on the Gulf Shos Beach near the Gulf of Mexico, Alabama, USA.

While on vacation snorkeling on the beach, he noticed an object floating in the sea that looked like a human tooth.

Surprisingly, when I caught the floating object, it was a 'denture', and Aron said at the time, "I was really scared," but was curious about the whereabouts of the owner, but said in an interview with the media that the owner was not known because there was no one around.

While examining the dentures, Aaron noticed a small sticker with his name on the inside, and confirmed the name 'Randy Williams'.

Aaron was determined to return the missing dentures to Randy.

With a photo of his dentures on his social media account, he said, "I found floating dentures on the Gulf Shores beach. The name Randy Williams is written on the dentures. Randy Williams himself or anyone who knows him, please contact me. I want to give it back." I posted a post.

Aaron's post about finding the denture owner was quickly shared on social media and eventually reached the real owner of the denture, Randy Williams, in 20 minutes.

Randy said, "Suddenly, my cousin called and told me, 'Someone found my dentures, and they're looking for me.'

Aaron and Aaron, who got in touch with Randy, decided that this would never happen again, so they decided to record 'The Adventures of Dentures' for the rest of their vacation before returning the dentures to Randy.

Aaron and his wife left a photo with their dentures whenever they went to a restaurant or famous tourist destination, and the traces were safely delivered to Randy, who lives in Wisconsin, along with a letter written by the Aaron couple and their dentures.

Randy thanked Aaron, saying that he was able to save $2,000 in the cost of making new dentures.

Aaron also said, "Thanks to dentures, I had the most fun and memorable vacation of my life."