Ukraine: Zelensky will speak to the 27 on Monday, in search of an agreement on the oil embargo

Ukrainian President Volodymyr Zelensky will address members of the European Union on Monday. This speech comes even as the 27 tries to adopt a draft embargo on Russian oil. A project supported but blocked by Hungary, dependent on Russian oil, and which wishes to have more time to apply the sanctions. 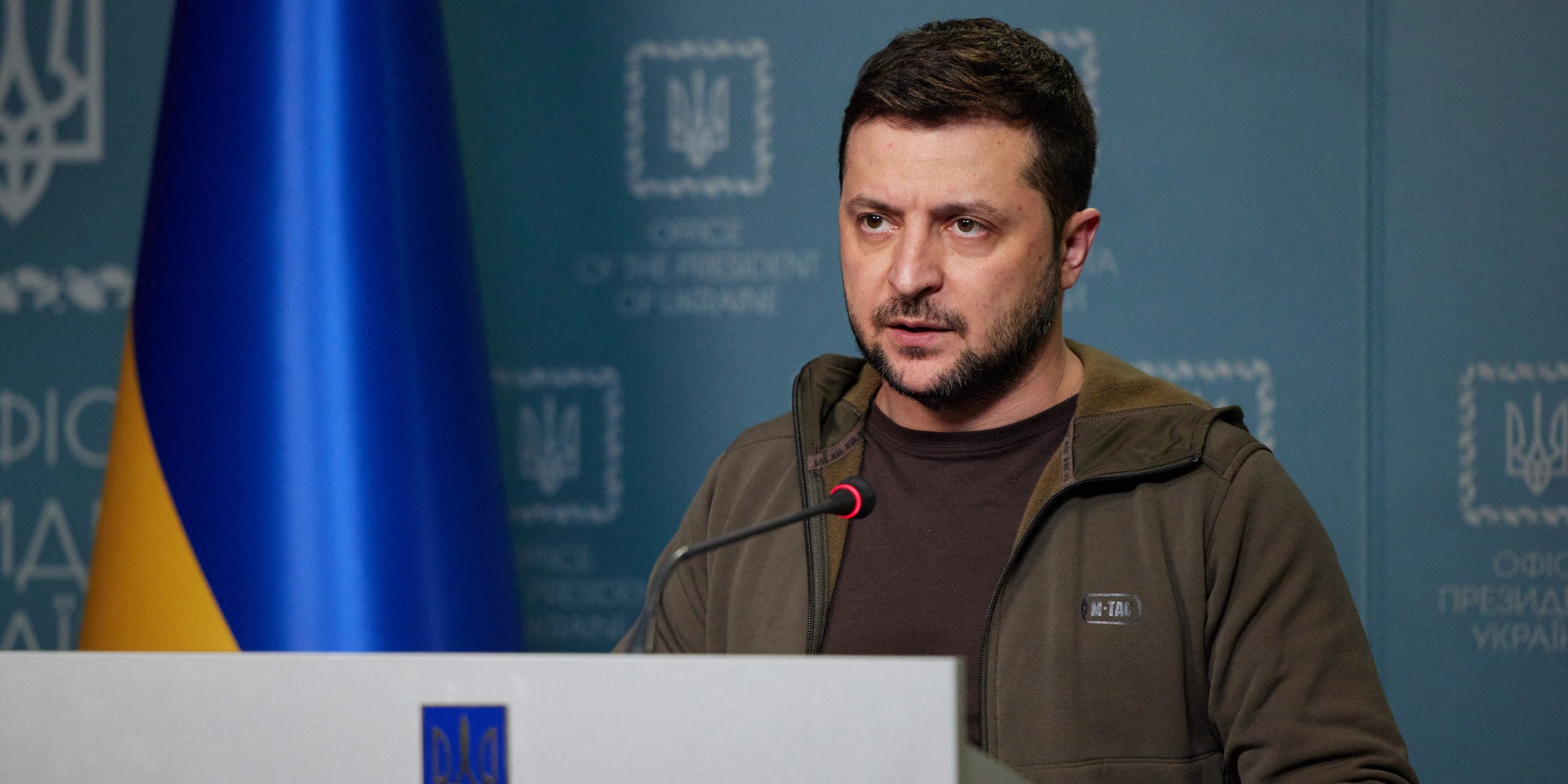 Ukrainian President Volodymyr Zelensky will speak to members of the European Union on Monday.

This speech comes even as the 27 tries to adopt a draft embargo on Russian oil.

A project supported but blocked by Hungary, dependent on Russian oil, and which wishes to have more time to apply the sanctions.

Ukrainian President Volodymyr Zelensky will address the leaders of the Twenty-Seven at a summit in Brussels on Monday, while the proposed EU embargo on Russian oil is still blocked by Hungary.

"President Zelensky will join us by videoconference at the start of our discussion on the situation in Ukraine," European Council President Charles Michel announced on Friday in his letter of invitation to heads of state and government.

"Our most immediate concern is to help Ukraine, together with our international partners, with its liquidity needs", underlines Charles Michel, adding that the leaders will also discuss "support for the reconstruction" of the country in the grip of the crisis. Russian army offensive for more than three months.

A new package of European sanctions, which provides for a gradual embargo on Russian oil within six months, is still blocked by Budapest.

Hungary "is not in a position to accept the sixth sanctions package until the negotiations have resulted in resolving all outstanding issues", Hungarian Prime Minister Viktor Orban warned in a letter to Charles Michel.

A landlocked country, without access to the sea, Hungary depends on the oil brought from Russia by the Druzhba pipeline.

Budapest considers the proposal for a two-year derogation to implement the embargo, which is offered to it as well as to Slovakia and the Czech Republic, to be insufficient.

It requires at least four years and nearly 800 million euros in European funding to adapt its refineries and increase the capacity of the Adria pipeline which comes from Croatia.

The sanctions require the unanimity of the Twenty-Seven.

Discussions are still underway to try to find a solution before the summit, Paris and Berlin just like the President of the European Council saying they are confident in recent days that an agreement can be reached by Monday.

And some member states are pushing for a compromise with Budapest to preserve the unity of the Twenty-Seven and prevent the blocking of sanctions from weighing on the meeting, according to European sources.

One of the options would be to go ahead with this 6th package, which also includes an extension of the EU blacklist and new sanctions against Russian banks, and to exclude oil from the embargo transported by pipeline (i.e. a third of deliveries to the Twenty-Seven), according to a European source.

Another option would be to temporarily exclude the Druzhba pipeline from the embargo and continue negotiations with Budapest, according to another source.

Food security, threatened by soaring prices due in particular to the blocking of Ukrainian grain exports, will also be on the summit's agenda.

While the African continent fears a food crisis, the President of the African Union Macky Sall, will intervene by videoconference.