Russia: who is Leonid Sloutski, the new leader of the ultranationalist party?

Unanimously elected on Friday to take over from the late Vladimir Zhirinovsky, emblematic founder of the LDPR, the Russian ultranationalist party, Leonid Sloutski becomes its new leader. The MP for… 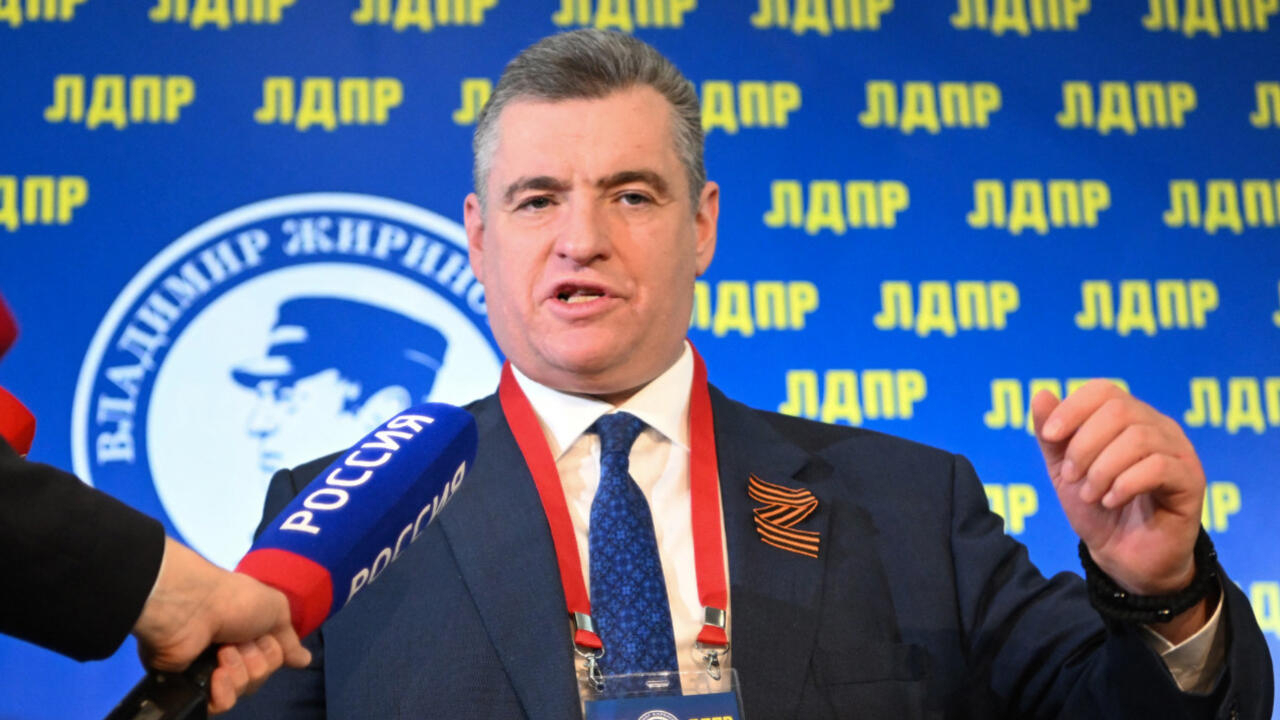 Long in the shadow of the emblematic Vladimir Jironovski, who died last April, he is now in charge.

Head of the Foreign Affairs Committee in the Duma, the lower house of the Russian parliament, Leonid Slutsky was part of the Moscow delegation during the recent peace negotiations with kyiv, talks stalled since March.

On its Telegram account, the training indicated that Leonid Sloutski, 54, had been elected "unanimously" at a congress in Moscow.

He was the only candidate.

"Leonid Sloutski was unanimously elected new president of the LDPR", writes the party on its Twitter account.

"The strategy of the Liberal Democratic Party remains the same", underlined Léonid Sloutski, after his election.

“The only thing is that it will be modified in the direction of solving the tasks that have been set on the ground and are aimed at strengthening the social policy of the Liberal Democratic Party,” reports his party on Twitter.

An economist by training, he has been a Member of Parliament since 2000. Until now number 2 in the LDPR, his name is associated with several cases, from Western sanctions against Russia after the annexation of Crimea to accusations of sexual harassment, including revelations of corruption.

In 2004, after sending Russian troops to take control of Crimea, Moscow organized a referendum to justify the annexation of the region.

In response, the European Union (EU) put in place sanctions against Russia, targeted 21 personalities - including Leonid Sloutski - by prohibiting them from traveling within the EU and freezing their financial assets.

In February and March 2018, the MP found himself at the heart of a scandal.

Leonid Sloutski is accused of sexual harassment by several Russian journalists, accusations rare in Russia, a country lagging far behind in the fight against gender-based violence, where the latter is rarely the subject of investigations.

Journalists, including Farida Rustamova, who at the time worked for the BBC Russian Service, accused Leonid Slutsky of lewd remarks and touching, breaking the silence on a subject that remains largely taboo in Russia.

At the time, the MP called the accusations a 'cheap, low-level provocation' and dismissed them as a political attack ordered by his enemies, even saying the scandal had 'enhanced [my] dignity rather than enhanced my dignity. 'to remove".

The latter was eventually cleared by the Duma's ethics committee, which said it found no signs of "inappropriate behavior".

The same year, the declarations of income of the deputy attract the attention of the Anti-corruption Foundation created by the Russian opponent Alexeï Navalny.

The Foundation had documented how Leonid Slutsky's wife purchased a luxury Bentley, a car costing more than $300,000, the purchase of which appeared to have been financed by a 25 million ruble ($440,000) interest-free loan from an Azerbaijani billionaire promoter.

According to Alexei Navalny, the loan was linked to lobbying for the billionaire's interests in Moscow and was done through another Duma lawmaker, a top ally of former Moscow mayor Yuri Luzhkov.

Alexei Navalny's investigation had also revealed that a luxury Mercedes-Maybach belonging to Leonid Sloutski had, in less than a year, accumulated 825 unpaid fines, mainly for dangerous driving, which the new head of the LDPR had admitted in an interview with Snob magazine, a website targeting Russian economic and cultural elites.

"I prefer to spend money on something more substantial. For example, on the restoration of churches."

After his election on Friday, he promised to "strengthen" his party's social program, according to TASS.

"Not a peaceful year"

The LDPR, founded in 1992 by Vladimir Zhirinovsky, and centered around its historical leader until his recent death, is often considered, particularly by the foreign media, as a populist, nationalist or ultranationalist party.

Classified on the far right, Vladimir Zhirinovsky, who died in April at the age of 74, had participated in almost all the presidential elections in modern Russia.

His party has always been represented and clearly visible in local and national bodies.

The LDPR is however accused of playing the role of front opposition which, in the end, always lines up behind Vladimir Putin's major decisions.

The anti-Western ideas of Vladimir Zhirinovsky, obsessed with the greatness of Russia, and which seemed extreme in the 1990s, have gradually imposed themselves in Russian public life, including in the Kremlin.

At the end of 2021, Vladimir Zhirinovsky predicted that the year 2022 "will not be a peaceful year, it will be the year when Russia will once again become a power", thus announcing the military intervention in Ukraine.