“Feels vulnerable”: what is behind Poland’s intention to acquire the installations of the American HIMARS multiple launch rocket system

Poland plans to acquire about 500 launchers of the American M142 HIMARS multiple launch rocket system, Defense Minister Mariusz Blaszczak said. According to him, Warsaw intends to integrate these weapons with the Polish command and control system, thereby increasing the combat capability of its missile forces and artillery. Earlier, the NATO press service reported that Warsaw had already requested 20 HIMARS systems, as well as related equipment. According to experts, Poland needed M142 HIMARS, because due to the massive supply of weapons to Ukraine, it "feels the vulnerability of its defense capability." Analysts believe that Warsaw will not share these weapons with Kyiv, but may supply it with its old MLRS. 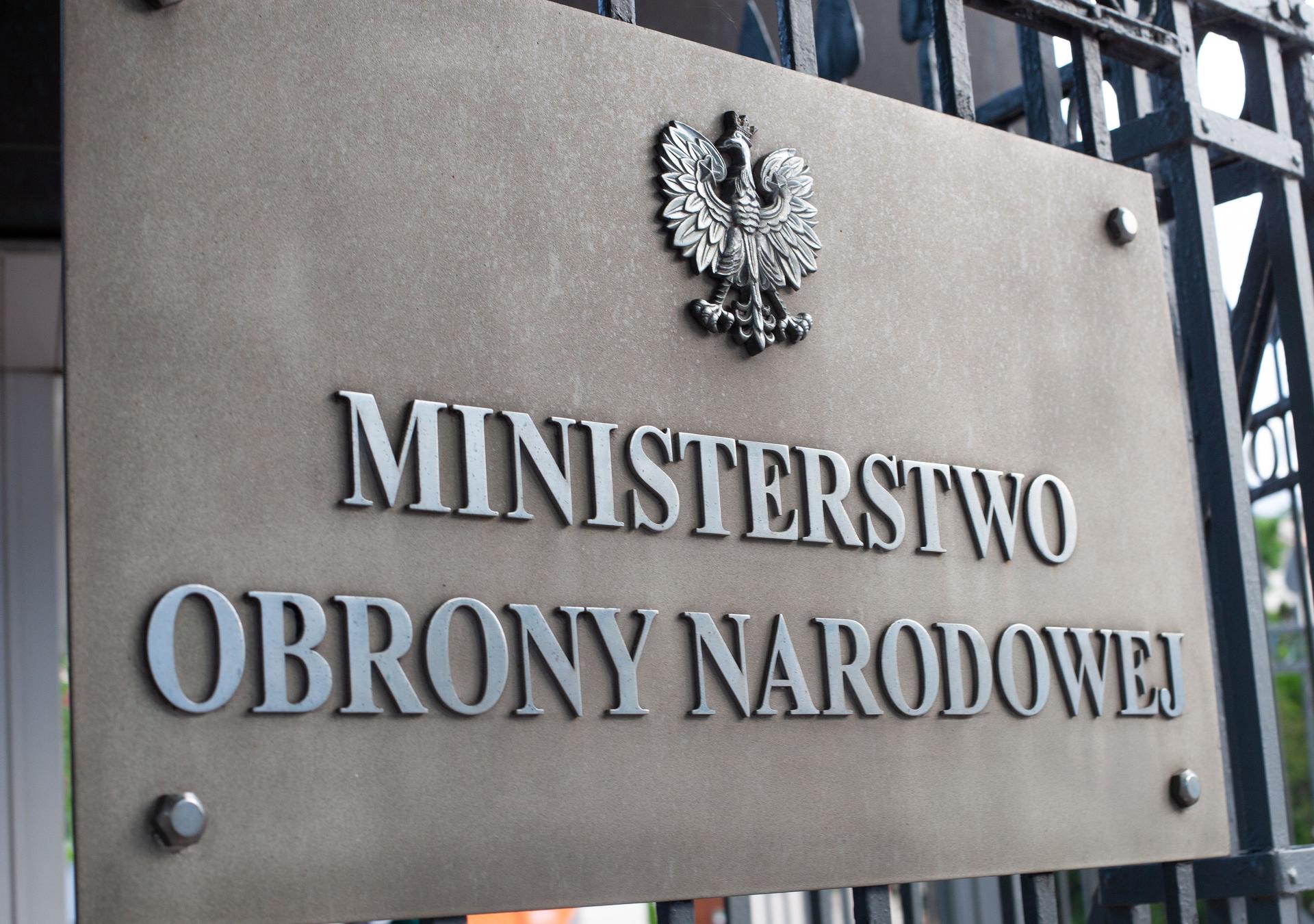 “We are increasing the capabilities of the missile forces and artillery.

I sent a written request to purchase about 500 M142 HIMARS systems for the needs of more than 80 HOMAR batteries.

We plan to carry out a high level of Polonization of equipment and its integration with the Polish command and control system, ”Blashak said.

Earlier, at the end of April, the NATO press service reported that under the American program for the sale of military products abroad (FMS), Poland requested 20 HIMARS systems, as well as various systems such as GMLRS and ATACMS and other related equipment.

“First deliveries are scheduled for 2023.

HIMARS will enhance Poland's ability to strengthen the defense of its territory and contain regional threats, ”says a press release on the website of the North Atlantic Alliance.

The report clarifies that the M142 HIMARS complex manufactured by Lockheed Martin is a “unique mobile fire weapon for interaction with light units,” capable of conducting high-precision fire at long distances.

“In addition to the MLRS family of ammunition, HIMARS can be equipped with a single six-round MLRS surface-to-surface guided missile module or one army tactical missile system (ATACMS) when mounted on a five-ton M1140 truck of the Medium Tactical Vehicle (FMTV) family,” the press said in a statement. NATO services.

According to Nikita Danyuk, deputy director of the RUDN Institute for Strategic Studies and Forecasts, member of the Russian Civic Chamber, Poland needed the M142 HIMARS systems, because due to the massive supply of weapons to Ukraine, it "feels the vulnerability of its defense capability."

“The fact is that a significant part of the deliveries, including artillery, is not just carried out through Polish territory: Warsaw itself transfers its weapons to Kyiv, hoping that the United States and other NATO countries will at least partially make up for the deficit created because of this.

Now Warsaw will try with all its might to restore its combat stocks, primarily through the acquisition of the American MLRS, ”the expert said in an interview with RT.

According to Danyuk, 500 units of M142 HIMARS are a fairly large batch, so the process of supplying these weapons to Poland could be very delayed.

In turn, the editor-in-chief of the Arsenal of the Fatherland magazine, military expert Alexei Leonkov, believes that Warsaw is most likely hoping to receive a discount on the purchase of an American multiple launch rocket system for its arms supplies to Ukraine.

“The Polish side handed over to the Armed Forces of Ukraine quite a lot of weapons, mainly of the Soviet type, in particular, the BM-21 MLRS systems.

Poland, once again getting rid of old military equipment, apparently wants to get more advanced and large-caliber weapons, including M142 HIMARS systems, at more pleasant prices, ”the analyst said in a comment to RT.

At the same time, according to Leonkov, if Kyiv hopes that Warsaw, after receiving the American M142 HIMARS, will provide them to Ukraine, "it may be disappointed."

“Poland strives to have the most modern weapons.

For this reason, HIMARS are unlikely to enter the war zone in Ukraine.

Warsaw is handing over to Kyiv what it considers obsolete, although Ukraine does not stop appealing to the United States and other NATO countries to transfer the latest MLRS to the Kyiv authorities, ”the expert said.

"We appeal to all countries"

The fact that Ukraine hopes for the supply of the American multiple launch rocket system (MLRS, MLRS) was stated by President of Ukraine Volodymyr Zelensky on May 21, answering journalists' questions following the results of negotiations with Prime Minister of Portugal António Costa.

At the same time, Zelensky admitted that the Ukrainian authorities are requesting such weapons not only from the United States, but also from other countries.

“I have no secrets: we are appealing to all countries, from the United States to every European state, about MLRS, thanks to which Ukraine will be able to take the initiative and liberate its territory,” Zelensky said.

- In some countries (this is weapons.

) it just stands, but for us it is survival - these MLRS systems.

According to the President of Ukraine, some countries are afraid to provide Kyiv with MLRS, because they believe that the Armed Forces of Ukraine will go "on the offensive against the Russian Federation."

Recall, on May 18, the Politico edition reported, citing sources, that the head of the White House, Joe Biden, refuses to supply the Ukrainian side with multiple launch rocket systems, fearing that Russia will perceive such a step as an escalation of the conflict.

“The White House remains concerned that the dispatch of this system, or its counterpart, the M142 HIMARS multiple launch rocket system, could be perceived by the Kremlin as an escalation, given the greater range and destructive power compared to traditional artillery, such as howitzers or old Soviet systems. ”, writes Politico.

At the same time, according to analysts, fearing Russia's reaction to the supply of heavy weapons to Ukraine, Washington may try to play the Polish card.

In a conversation with RT, Alexei Leonkov recalled the words of the former adviser to the US Secretary of Defense Douglas McGregor, who, in a column for the American Conservative, did not rule out that Washington and Warsaw may have a plan "to intervene in the Ukrainian conflict by mastering the western part of Ukraine" by the Polish side.

“Naturally, military measures of this magnitude would require Kyiv’s approval, but given that Washington has de facto control over the Zelensky government, getting approval for military intervention from Poland should not be a problem,” McGregor said.

The Biden administration is desperate to make a difference in Ukraine and save face, McGregor said.

And in this situation, "Poland seems to offer a way out of the current situation."

“More importantly, both Polish President Andrzej Duda and Ukrainian President Vladimir Zelensky have expressed a desire to erase the borders between Poland and Ukraine,” said the former adviser to the head of the Pentagon.

The fact that Washington and Warsaw are considering the issue of establishing Polish control over the western regions of Ukraine was also stated earlier by the director of the Russian Foreign Intelligence Service, Sergei Naryshkin.

According to him, as the first stage of this operation, it is planned to send Polish troops to the West of Ukraine under the pretext of "protection against Russian aggression."

Analysts believe that under the same slogan, Warsaw, which, apparently, does not want to share the M142 HIMARS with Ukraine, can transfer to Kyiv its MLRS, which it already has in service.

“The Poles will most likely send multiple launch rocket systems from their stocks there in the hope of currying favor with the United States.

MLRS are really important, since modern warfare is in many ways an artillery duel: the longer-range and more powerful the artillery, the more likely it is that it will be possible to destroy enemy air defenses and control the air.

However, such systems are regularly eliminated by the Russian Armed Forces in Ukraine,” said Nikita Danyuk.

A similar position was expressed by Alexei Leonkov.

According to him, the supply of RZSO systems to Kiev, which are already in service with Poland, "will not lead to anything."

“After appearing in the theater of operations, such weapons will soon be destroyed by Russian troops.

Multiple launch rocket systems, which Warsaw has already managed to deliver to Kyiv, periodically appear in the combat zone, but are detected by our military and liquidated.

The Polish RZSO will definitely not be able to have any influence on the course of the Russian special operation in Ukraine, ”the expert concluded.