Roland-Garros: Simon and Jeanjean are asking for more!

One prolongs the pleasure of Roland-Garros, the other discovers it: Gilles Simon, 37, and Léolia Jeanjean, 26, were carried by the magic of the tournament and its public to climb Thursday to the 3rd round,… 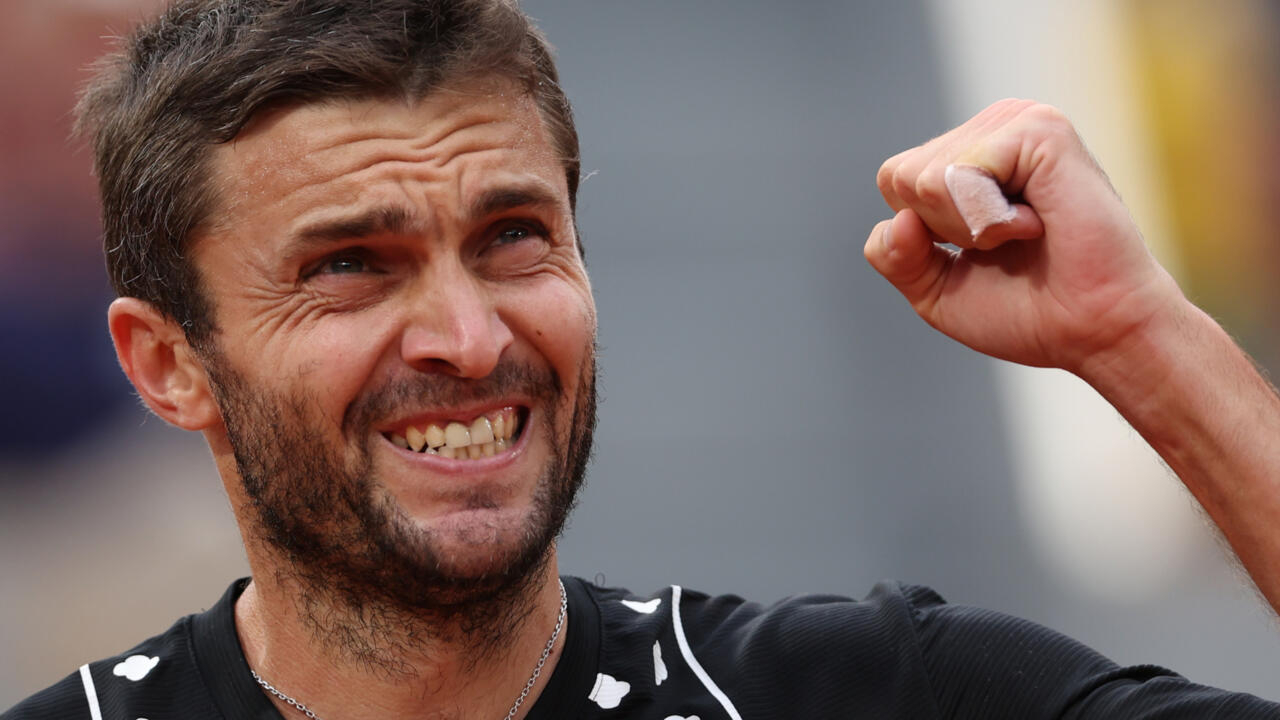 In the men's draw, Daniil Medvedev (2nd) quietly continues his career without giving up a set.

Stefanos Tsitsipas played in the evening.

In the tricolor camp, while waiting for Alizé Cornet (40th) who faced the 2017 winner Jelena Ostapenko (13th) in the night session, the 2nd round was fatal for Caroline Garcia.

But the tricolor colors were revived by Simon, Gaston and Jeanjean who joined in the 3rd round Diane Parry, qualified the day before.

Gilles Simon, 158th in the world, is playing his 17th and last Roland-Garros before retiring at the end of the year.

He who had won only one match (at the start of the year in Montpellier) on the circuit since his quarter-final in Moscow in October 2021, chained two on Parisian clay, well helped by the public.

The French Leolia Jeanjean against the Czech Karolina Pliskova in the 2nd round of Roland-Garros, on May 26, 2022 in Paris Anne-Christine POUJOULAT AFP

"I was tired at the end and, usually, I'm the only one who wants this +chip+ to come out. But there, everyone wanted it... and it came out!" Simon told the audience. reference to the umpteenth and last backhand cut by Steve Johnson (92nd) who fell on the wrong side of the line and gave the Frenchman the victory 7-5, 6-1, 7-6 (8/6), his 500th victory over the circuit.

"All it takes is one look"

He will have to beat the Croatian Marin Cilic (23rd) on Saturday to reach the round of 16 and thus equal his best performance on Parisian clay.

Unlike the first round where he had been embarked on a long fight in five sets when he had led two sets to zero, Simon this time was able to conclude in three dry sets.

"I had an unreal match two days ago. It was different there, I was under enormous stress at the start," he revealed, explaining that he was afraid of having a bad match after the match. heroic victory of the first round.

Gilles Simon against the American Steve Johnson, in the 2nd round of Roland-Garros, on May 26, 2022 in Paris Thomas SAMSON AFP

"I spoke less with you because I needed to manage my energy, but I knew you were there. All it takes is one look and you feel that you have everyone with you," he said. he made a point of saying to the public before leaving the court.

For Jeanjean, it was a real feat that propelled her to the third round: a crushing victory against the Czech Karolina Pliskova (8th) 6-2, 6-2.

"I don't really realize what's going on. I find it just incredible," said the player who is taking part in her first Roland-Garros.

Considered a future star at 12, Jeanjean suffered repeated injuries and chose to study in the United States, only returning to high-level tennis at the end of 2020.

"I wanted to come back to not regret anything. I think I made the right choice," she said.

In the next round she will face Irina-Camelia Begu (63rd).

As for Gaston, he happily found the Suzanne-Lenglen court where he had hatched in the fall of 2020 by beating Stan Wawrinka there in the 3rd round in front of a very sparse audience due to the Covid but noisy and amazed.

Frenchman Hugo Gaston against Argentinian Pablo Cachin in the second round of Rolan-Garros, May 26, 2022 in Paris Christophe ARCHAMBAULT AFP

This time, it was in front of a large and enthusiastic audience that the 1.73m left-hander from Toulouse once again confused his opponent by imposing his variations and his signature shot, the drop shot: in this game, the Argentinian Pedro Cachin ( 153rd) only lasted a little over two hours before giving up 6-4, 6-2, 6-4.

To repeat the course of 2020 and reach the knockout stages, this time he will have to dismiss the Dane Holger Rune, 40th in the world at 19, who fell in the first round of world No.15 Denis Shapovalov (6-3, 6-1, 7 -6) and became the youngest player to reach the third round of Roland-Garros without losing a set since... Rafael Nadal in 2005.