Roland-Garros: Halep eliminated in the 2nd round

Simona Halep, 19th in the world and former winner of Roland-Garros in 2018, was eliminated Thursday in the second round of the Parisian Grand Slam, beaten by the Chinese Zheng Qinwen (74th), 2-6, 6-2, 6-1. 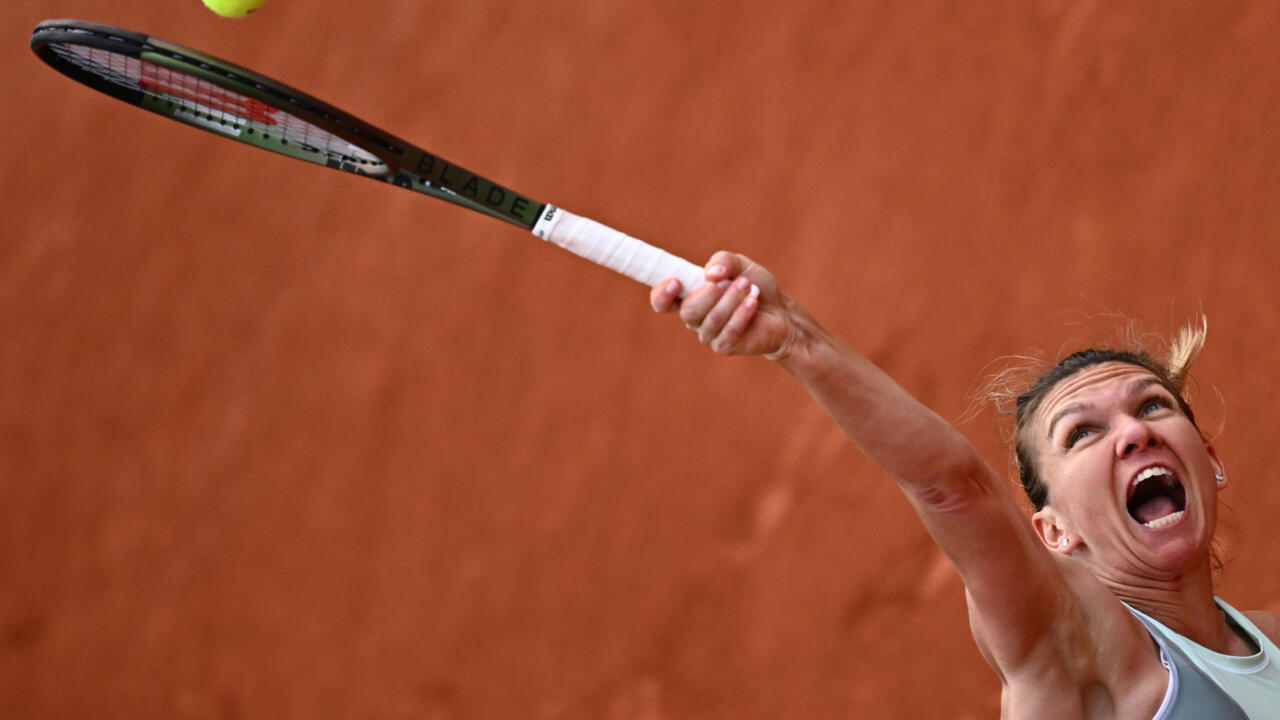 From the middle of the meeting, the Romanian seemed not to be at her best physically.

Several times she appeared out of breath, even having to take a minute to squat with her forehead resting on her racquet at times.

She ended up calling the doctor twice during the 3rd set, before resuming the game.

But despite the encouragement from the public, she failed to regain the upper hand, leaving Zheng to chain the games.

A few hours later, the 30-year-old explained that she had suffered a "panic attack".

"It had never happened to me before. I don't know why it happened, because I was leading in the score, there was no reason for it to happen. (...) It was as if I no longer had control of my body," she said.

Halep had indeed easily won the first set before starting to commit more faults (15 against 4 in the first set), giving up her serve to the Chinese three times in the 2nd set.

And to be only a shadow of itself in the third, only managing to take one game out of the last 11 of the game.

"Maybe I put too much pressure on myself, maybe I wanted to do too well, I don't know," continued the Romanian.

"After the match, it was very hard, I needed some time to return to my normal state. But now, I feel good", she assured, specifying not to suffer from any physical injury.

For more than a year, the Romanian has endured multiple injuries.

Last year, hit in the calf, she forfeited Roland-Garros, and could not defend her title at Wimbledon.

More recently, a thigh injury forced her to withdraw from the WTA 1000 tournament in Miami at the end of March.

She had explained in an interview on Eurosport that stress and anxiety could be at the origin of the multiplication of her physical glitches.

China's Zheng Qinwen victorious over Romania's Simona Halep in the second round of Roland-Garros on May 26, 2022 in Paris Anne-Christine POUJOULAT AFP

Already in the first round, Halep, now trained by Serena Williams' coach, Patrick Mouratoglou, seemed in difficulty for a set against the lucky German loser Nastasja Schunk (165th), before winning.

Zheng, 19, took part in her very first Roland-Garros and won the best victory of her career, her first over a member of the Top 20.

In the third round, she will be opposed to the winner of the evening match between Jelena Ostapenko (13th), who won in 2017 Porte d'Auteuil, to the Frenchwoman Alizé Cornet (40th).