A new filing revealed that Elon Musk plans to offer $33.5 billion in his bid to acquire Twitter, sending the company's stock up more than 5% hours after the news, while Tesla's shares fell by about 1%. 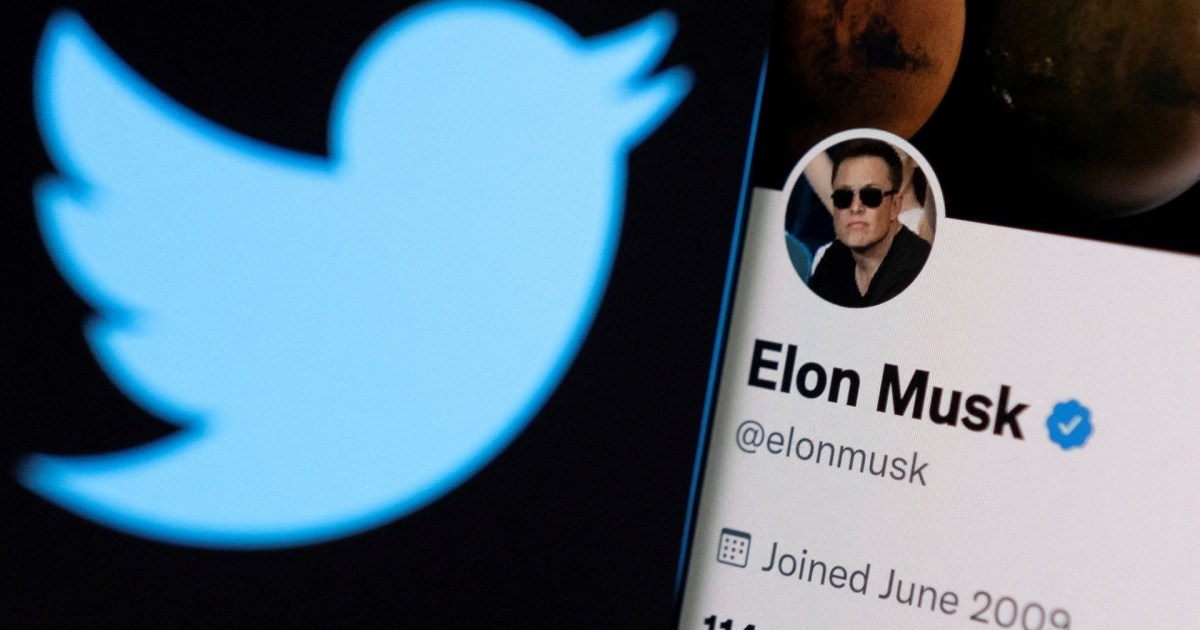 Elon Musk is in talks with Twitter founder and former CEO Jack Dorsey and others, to help fund or renew their shares to complete the acquisition of Blue Bird.

In a letter to investors who support the holding company that Musk is forming to acquire Twitter, the CEO of Tesla and SpaceX expressed his commitment to completing the deal.

New reports revealed that Elon Musk plans to offer $33.5 billion in his attempt to acquire Twitter, which led to the company's stock rising more than 5% after hours on the news, while Tesla's shares fell by about 1%.

CNBC previously reported that Elon Musk is expected to serve as interim CEO of Twitter for a few months after he completes the $44 billion acquisition.

The deal has been mired in great controversy since Musk first proposed it last April, and the shares are trading below the $54.20 acquisition price, indicating that investors have relatively low confidence that the deal will take place at that price.

Earlier in May, Musk caused Twitter shares to plunge when he said he would delay the $44 billion deal, while looking at the proportion of fake accounts and spam on the platform.

Musk suggested at the All In Summit tech conference in Miami that his Twitter deal should be done at a lower price, given his concerns about activity and non-original accounts on the platform.

In its first-quarter earnings report, Twitter acknowledged the existence of a number of "fake or spam accounts" on the social network, along with legitimate daily active use.

"We conducted an internal audit of the accounts, and estimate that the average miscalculations or spam during the first quarter of 2022 represented less than 5% of our legitimate daily active usage during that quarter," the company wrote in its filing.

On Wednesday, Twitter shareholders voted not to re-elect Silver Lake co-CEO Egon Durban to the company's board of directors.