From the cubs of the Islamic State to excel in studies.. A picture of an Iraqi child ignites the communication platforms

The Iraqi Yazidi child, Hajim Khairi, returned to life from afar. After he was a young ISIS cubs and a project for a fighter in the organization's ranks, he became an outstanding student in his studies, and he received great attention and celebration in Iraq. 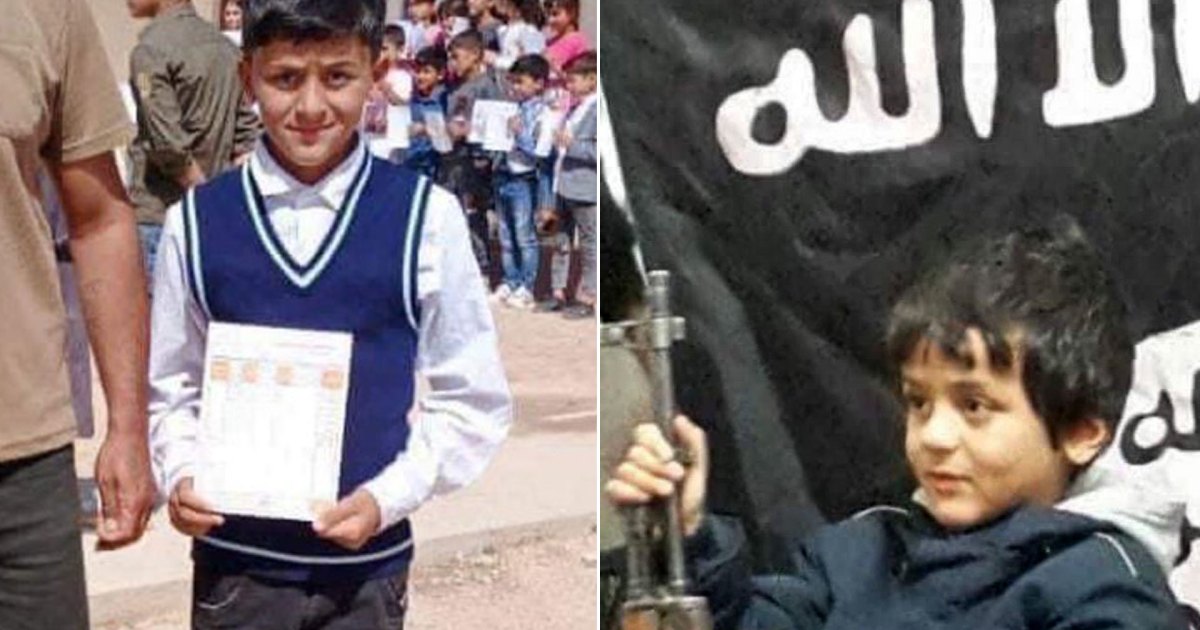 Activists on social media circulated a picture of an Iraqi Yazidi child who was kidnapped by the Islamic State when it took control of Sinjar district in the Nineveh Governorate in northern Iraq in 2014, and included him among the children in its custody, known as the "cubs of the caliphate", but his situation completely changed after he returned to his family safe and sound. excel in his studies.

According to the activists, ISIS fighters took the child Hajim Khairi Abdullah with his brother Shallal during their control of Sinjar, before he was smuggled with his brother 5 years ago and returned to their village in the Sinjar district, and there he re-engaged in society and started his life again, and became a role model. For his peers who were forced by war conditions to lose their normal lives.

Iraqis interacted through their accounts on social media platforms, with the story of "Hajim" after his father, Khairy Abdullah, posted on his Facebook page pictures of his son during his time with the organization, and another after receiving his results from the school.

From a survivor of the brutality of criminal gangs (ISIS) to a distinguished student...Hajim.

The first on the fifth primary in Al-Waleed Mixed School, Tal Banat (the old) with a successful result, the first, congratulations to my hero volumes ❤️

Posted by Khairy Abdullah Masi on Tuesday, 24 May 2022

Khairy Abdullah commented on the photos, saying, "From a survivor of ISIS brutality to a distinguished student, Hajim first over fifth in Al-Waleed Mixed School, congratulations to Hajoumi the hero."

From darkness to light...

The Yazidi child "Hajim Khairy Abdullah" and after the two criminals took control of the beloved Sinjar on August 3, 2014, they took him from Hanan and his mother's embrace to what is known as the cubs in the 11th of Ish

Today he received his result and was among the first students in his class,

I wish him the best of luck and be a voice for his cause someday ❤️ pic.twitter.com/lo5jNuOQJx

, from a survivor of the brutality of the criminal gangs (ISIS) to a distinguished student..Hajim.

The first on the fifth primary in Al-Waleed mixed school, Tal Banat (the old) Sinjar, with a successful result, the first #Alf_Congratulations pic.twitter.com/VGyHePpD2a

After Hajim's story topped the social media platforms in Iraq, Iraqi Prime Minister Mustafa Al-Kazemi received the child Hajim, his father and brother Shallal, describing him as "the brave model of the Iraqi child who was able to face difficult circumstances, and was able to turn his kidnapping by terrorist gangs into an Iraqi success story." Big".

The media office of the Iraqi Prime Minister said in a statement that the government is working to provide the appropriate environment for children who have suffered from the oppression of ISIS.

Prime Minister @MAKadhimi receives the outstanding Yazidi child Hajim Khairi Abdullah Madi and his family, in the presence of the Head of the National Security Apparatus, Mr. Hamid Al-Shatri.