During the morning, an alarm came about a fire in a barn in Kvie on Gotland. Inside the building, there must have been about 20,000 - 25,000 chickens and chickens that could not be rescued. However, no people should have been injured. 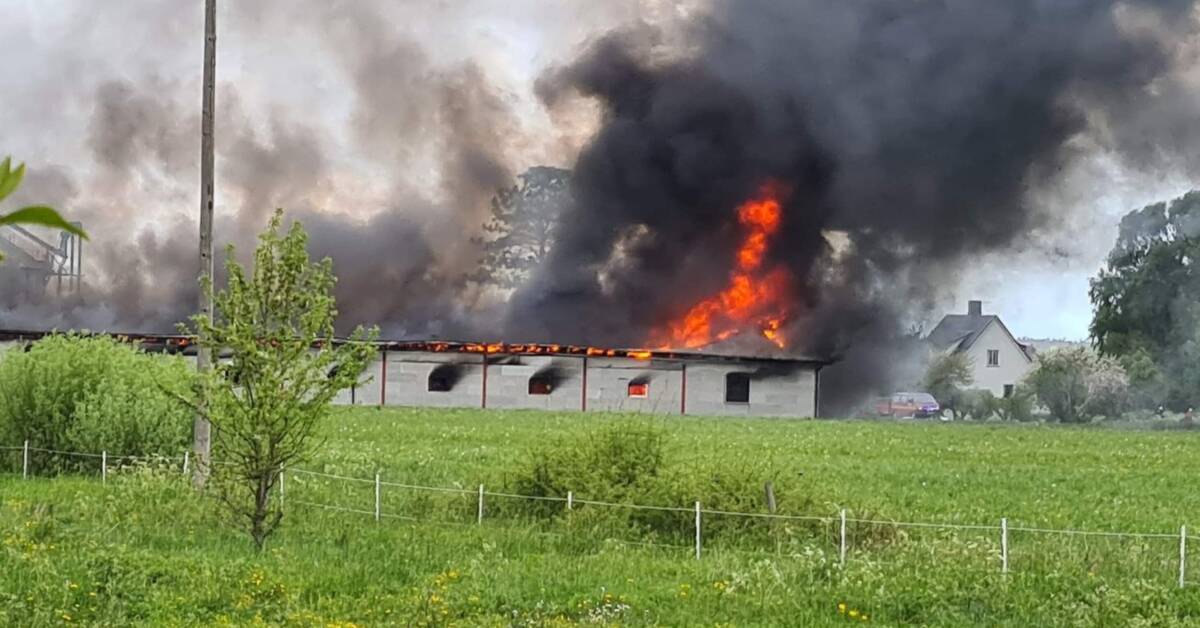 The alarm about the fire came at 8.42 on Thursday morning.

At nine o'clock the rescue service reached the scene.

- The caller saw black smoke and it was confirmed by the forces on their way to the fire, says Mathias Häglund, management operator at Räddningscentral mitt.

The cause of the fire is currently unknown and the police write on their website that the building will not be salvageable.

The road between Kvie and Västerväte has been blocked off.

The roof has collapsed

- Initially, there was a great risk of spreading, but now it is going in the right direction.

The rescue service sent ten resources to the site.

At 12 o'clock, the management operator says that they have started to step down.

How were the birds?

- Unfortunately, the fire was so strong that there was no way to save them.

Now the roof has collapsed and we are working to put in the walls with a machine to prevent the fire from spreading.

The police have initiated a preliminary investigation into the arson but dropped the criminal suspicions.