A makeup artist realizes her dream in Cannes after fleeing Ukraine

When she fled Ukraine the day after the Russian invasion, she had no idea what awaited her: the Ukrainian make-up artist Aliona Antonova is today in Cannes, where she does make-up… 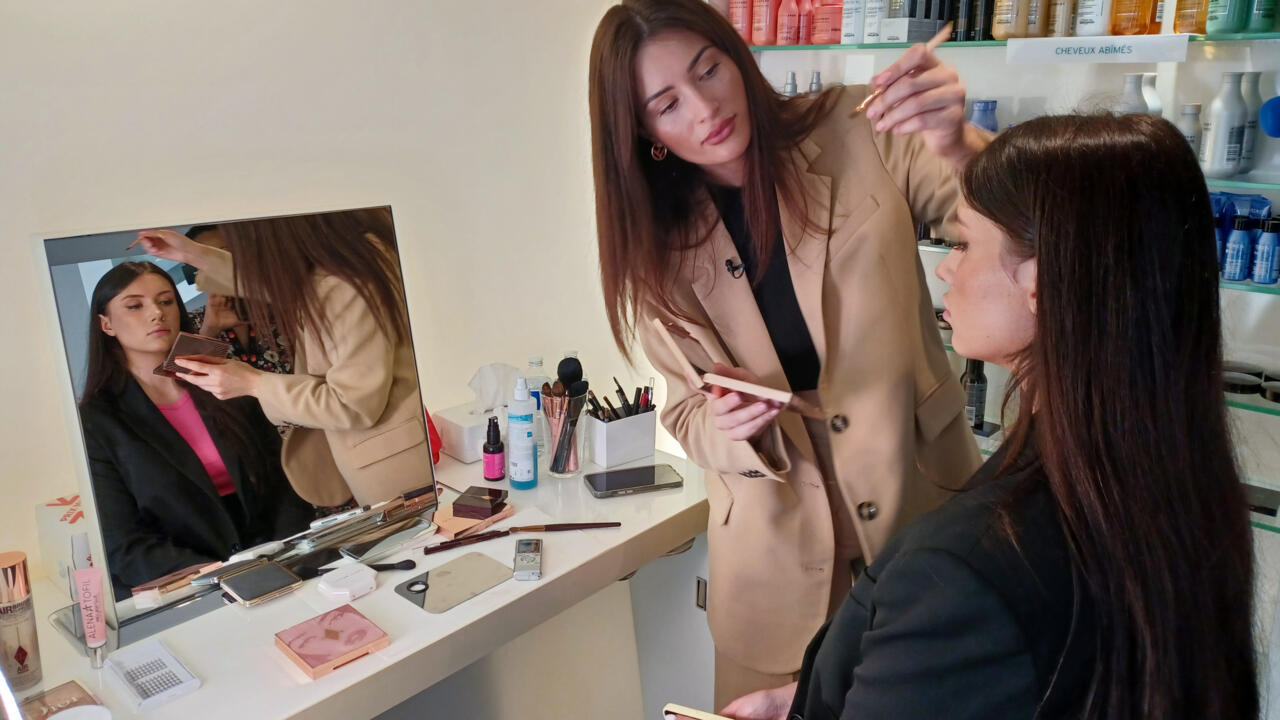 His story worthy of a Hollywood film began on February 24, with the first bombardments of his city, Odessa, very close to his beauty salon and his school of aesthetics.

Three months later, the 31-year-old single mother found herself doing makeup for guests on the red carpet at the prestigious Cannes Film Festival.

"I have confidence in my star," she told AFP.

"When I decided to come here, I didn't know if I would find clients or students, but I knew I had to come."

The day before again, "I was arguing with my uncle who maintained that war was going to break out. I didn't believe it but when I went to bed I felt something weird... it was fear", she says.

"I called a taxi to go check that everything was fine in my living room, when suddenly I heard a bomb. I was in shock".

She did not regret her hasty departure to Moldova, seeing the huge queues at the border.

There, she was able to reunite with her four-year-old son, Micha, and his parents were already in Chisinau.

Aliona was able to find work very quickly, in Brussels and Berlin, thanks to her reputation on Instagram (where she has 72,000 subscribers).

But the make-up artist has always dreamed of going to Cannes, a place where "you can meet all the stars who are usually in the United States at once".

She contacted several salons in Cannes and from the first email, received a positive response: she was offered a stand where she could set up as a freelancer.

"I was very surprised to see how easy it was", she assures, "so much so that until the first day in Cannes, I believed that it was not true".

She works in particular in Cannes with the women appearing in the Netflix documentary "The Tinder Scammer".

On the Croisette, she has already spotted actresses Julia Roberts and Anne Hathaway, as well as Brazilian model Adriana Lima.

Actress Julia Roberts at the Cannes Film Festival on May 19, 2022 LOIC VENANCE AFP/Archives

The 30-year-old does not spontaneously tell people that she is Ukrainian, to prevent them from feeling sorry for herself.

"As soon as they know I'm from Ukraine, people give me their support. They ask me how I'm doing, how is my family, it's very nice," she explains.

Aliona charges up to 300 euros for make-up for an evening, and is looking for investors to launch her own line of cosmetics.

Thanks to this income, she hopes that Micha and her mother will soon be able to join her in Cannes.

But when she thinks about the future, her enthusiasm wanes and she blinks back tears, admitting that she sometimes lets herself be overwhelmed by anxiety.

"I think the whole world is surprised at how brave my people are," she said.

"I hope that very soon all this will be over, but everything will have to be rebuilt and it will be very hard".