Indian media announced that 26 cases of tomato influenza had been discovered, which is spreading in some states of India, especially Odisha in the east of the country, which aroused the health authorities' interest. Indian newspapers added that the tomato influenza virus infects children and is rare. 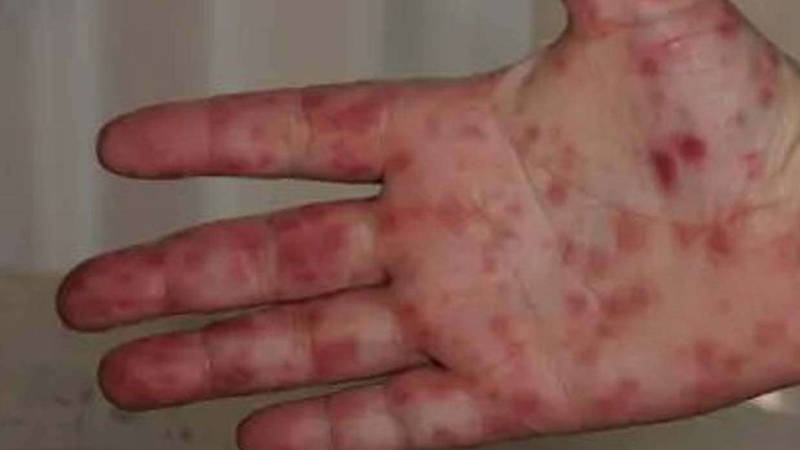 Indian media announced that 26 cases of tomato influenza had been discovered, which is spreading in some states of India, especially the eastern state of Odisha, which aroused the health authorities' interest.

Indian newspapers added that the tomato influenza virus infects children and is rare among adults. It appeared at the beginning of this month in some southern states in India, including Kerala.

According to the websites "indianexpress", "dnaindia" and "healthlibrary", there is no relationship between tomato flu and the Corona virus.

Although some symptoms of tomato flu are similar to the symptoms of the coronavirus, but there is no relationship between them, these symptoms generally appear when infected with viral infections, so there is no need to panic as health authorities in India have been asked to stay alert for fear of its spread.

Indian media indicated that the disease is highly contagious and requires isolation of the case from five days to a week, but it is not a dangerous disease and is easy to treat.

The virus is called "hand, foot and mouth disease", which is the scientific name for it, but it was called the "tomato virus" because of the red color of the blisters that spread on the bodies of children with this disease.

Tomato influenza is a viral disease that causes tomato-like blisters on the skin, and it mainly affects children under the age of five years who suffer from undiagnosed fever, and causes skin irritation and dehydration in children, and in general, the shape of the blisters is red and when they become large It is very similar to tomatoes and is therefore called tomato fever or tomato flu.

There are many symptoms of tomato flu, which must be recognized to investigate infection, and the initial symptoms of the disease include:

Dryness of the body.

Tomato flu is just as contagious as other cases of flu, and infected children should be kept in isolation because this flu can spread quickly from person to person.