"New center of power": what is behind the initiative to expand the membership of the BRICS

Russia supports China's initiative to expand the membership of the BRICS group. This was stated by the official representative of the Russian Foreign Ministry Maria Zakharova. She noted that it was premature to name potential candidates. Earlier, the proposal to expand the group was made by Chinese Foreign Minister Wang Yi. Experts note that BRICS is an attractive association, which is fundamentally different from Western blocs in the absence of a dominant country that dictates its terms. 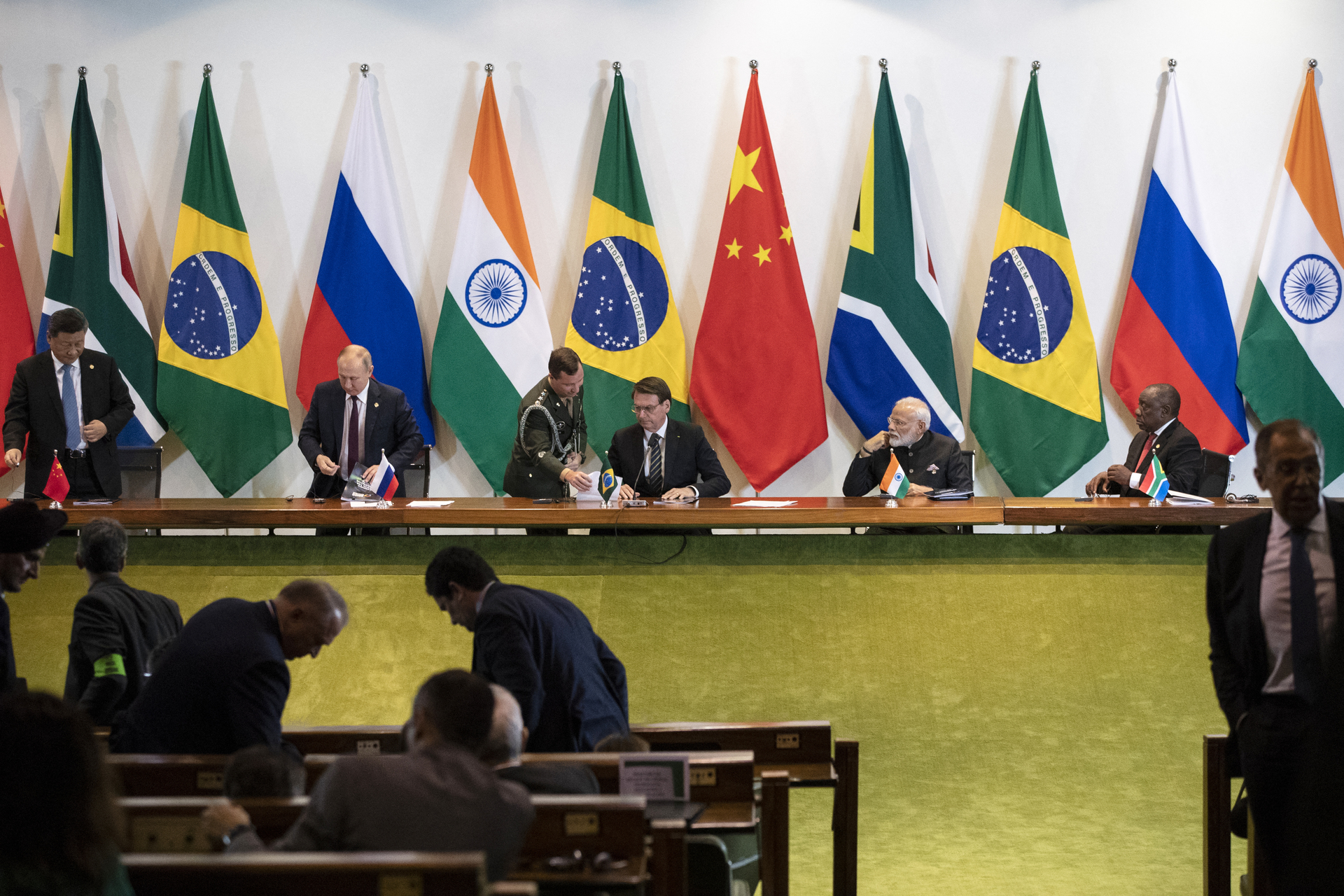 “Issues of increasing BRICS cooperation with developing countries and emerging market states ... that is, the dialogue mechanism for the expansion of the “five” are invariably in the field of close attention of the association.

In one form or another, this topic is touched upon at summits and meetings of foreign ministers.

This year, the Chinese BRICS Chairmanship proposed to intensify this work.

We support such an initiative," Zakharova said at a briefing.

At the same time, it is still premature to name potential candidates for joining the group, the diplomat added.

“The topic of expansion is voluminous and multifaceted.

It's not as simple as it seems.

It is necessary to decide on the key parameters of such a process, it is necessary to build it within the BRICS, to reach a consensus on the standards, criteria and procedure for joining new members, ”explained the representative of the Russian Foreign Ministry.

Earlier, Chinese Foreign Minister Wang Yi made a proposal to expand the membership of the BRICS group. He announced this initiative at a meeting with the heads of diplomacy of the member countries of the association.

“China proposes to start the BRICS expansion process, study the criteria and procedures for this expansion, and gradually form a consensus,” the minister said.

The Chinese Foreign Ministry later released a statement that also called for an expansion of the group.

In 2022, China became the chairman of the group.

“Given the new challenges of the international situation, we must rally all forces to breathe new life into the cooperation of the BRICS countries.

China proposes to launch the BRICS expansion process, discuss the criteria and procedure for expanding membership, and gradually reach an agreement on this issue.

In turn, following the meeting, the Foreign Ministers of the BRICS countries issued a joint statement in which they supported China's initiative.

“The ministers supported the promotion of discussions among the BRICS members on the process of expanding this association.

They stressed the need to clearly define guidelines, standards, criteria and procedures for this process,” their statement said.

The BRIC group of countries - Brazil, Russia, India and China - was formed in 2006.

In 2011, the Republic of South Africa joined it, after which the name was changed to BRICS.

The group has a non-bloc character and is not directed against third countries.

At the end of March, Russian Deputy Foreign Minister Sergei Ryabkov, in an interview with RT, said that the BRICS countries would become the basis of a new world order.

“I think that the BRICS countries, in which almost half of the world's population lives and which accounts for a significant part of the world's GDP, will be one of the backbones of the new world order,” he said.

Ryabkov stressed that the countries of the group play a significant role in protecting international law and combating the policies of Western countries, the main tool of which is unilateral sanctions.

“We know that each BRICS country has its own nuances related to the problems that we face, but now we are united in the defense of international law, united in efforts to overcome arbitrary, illegal, unilateral sanctions, which have become the only tool of foreign policy in USA and other countries," Ryabkov added.

Without barriers and barriers

Andrey Suzdaltsev, Deputy Dean of the HSE Faculty of World Economy and International Affairs, in a conversation with RT noted that China had taken the initiative to expand the BRICS due to the rapidly changing global political situation.

“China is very closely watching the situation in Ukraine, the participation of the United States in this, with which China has a very difficult relationship.

The United States is trying to put pressure on Beijing, there are attempts to threaten China.

Against this political background, Beijing is looking for allies.

China wants to form a part of the world out of the BRICS member states and likely new participants in the association, which will oppose Western states, ”the political scientist explained.

At the same time, it is too early to name any specific candidates for joining the BRICS, since the whole world is now experiencing a turning point, Andrei Suzdaltsev believes.

To build the capacity of states that are already members of the BRICS and may become members in the future, it is necessary first of all to enter a calm channel, Suzdaltsev added.

Vadim Kozyulin, head of the Center for Global Studies and International Relations of the Institute of International Relations of the Diplomatic Academy of the Ministry of Foreign Affairs, in a commentary to RT noted that the Russian Federation is also considering the expansion of the BRICS, while Moscow and Beijing may receive different proposals for potential new members.

“There is an approximate circle of countries that are considered as the most likely candidates.

Somewhere this intersects with the Chinese approach, somewhere, maybe not, but, apparently, the topic is really overdue.

BRICS is an organization, on the one hand, a new one, on the other hand, already formed, with its own principles, and one of them is a democratic approach.

Each country has equal rights, there are no obligations binding states, except for those declarative documents that were signed earlier, ”the political scientist recalled.

Within the framework of BRICS, there are many different formats of cooperation that new participants can join, Vadim Kozyulin added.

“There are different formats of cooperation with external states, such as BRICS+.

So the initiative of the PRC fits into the general logic of the development of this organization, and I think that Russia will carefully study the proposal of China, ”said the interlocutor of RT.

Vadim Kozyulin also believes that it is still premature to make predictions about specific candidates.

“The participating countries have their own interests, and this issue is always delicate.

But in reality, there are no barriers or barriers that would limit entry into the BRICS... Traditional centers of power cannot cope with the current global problems on their own.

BRICS is ready to become a new center of power, while it does not have a dominant country that would dictate its terms.

This is the fundamental difference from the West, from the NATO states,” the expert concluded.