The crime of the neighbors of Terrassa, Arooj Abbas and Aneesa Abbas, the sisters of Pakistani nationality in their country for wanting to separate from the husbands with whom they had... 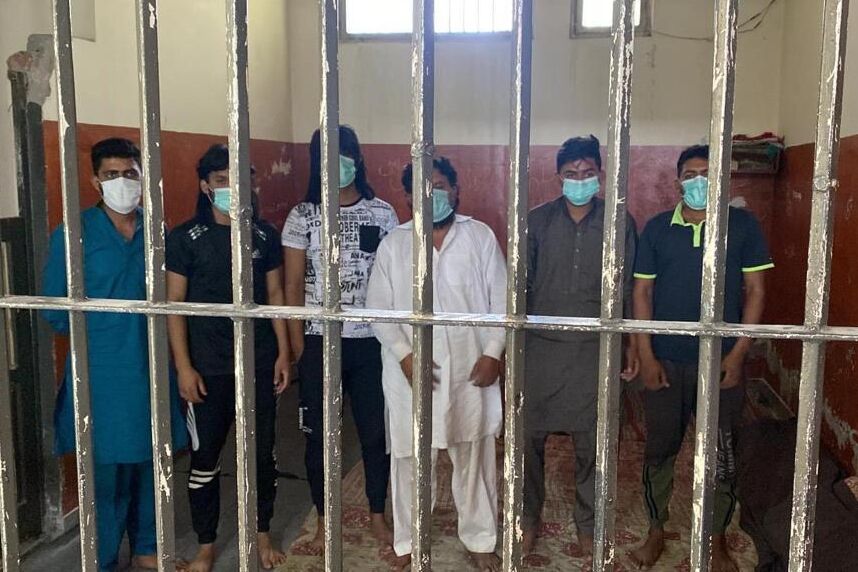 The crime of the residents of Terrassa, Arooj Abbas and Aneesa Abbas, the sisters of Pakistani nationality in their country for wanting to separate from the husbands with whom they had been forcibly married, could also mean a punishment for the family, despite the fact that Among the material authors of his death is a brother of the victims.

The mother of the deceased, Azra Bibi, had been in her country for some time as she went to care for one of her children, a minor, who lived with two others.

However, according to the Dawn newspaper, as soon as she arrived in her village, Nothia, her family locked her in a room, held her incommunicado without being able to talk to her daughters, and threatened her.

Everything indicates that Arooj and Aneesa were tricked into coming to this country when they were told that her mother was about to die.

Once there, and seeing that it was a trap, the family pressured the sisters to take their husbands, with whom they had been forcibly married long ago, to Spain.

They refused and asked for a divorce, for which they were mistreated by their family, including their brothers, to change their minds.

They even made them ugly that they had relationships with other men in Spain and that they dressed in a Western way.

Finally the women were suffocated with a handkerchief around their necks and shot.

The death occurred hours after his arrival in Pakistan.

It seems that this crime was committed in the presence of her mother, supposedly to teach her a lesson for the refusal of her daughters to continue with the forced marriage.

Therefore, after the burial of her daughters, a relative of hers took her mother to protect her since she feared for her life and now she is in police custody.

In addition, she contacted the Spanish embassy in the Asian country with the intention of being able to leave for Europe as soon as possible.

She has a minor son in this country and another in Spain.

There are six detainees in Pakistan, including two brothers of the victims, as well as uncles and cousins, for this crime and three other people are wanted for their alleged involvement.

Meanwhile, in Spain, the Terrassa Prosecutor's Office is investigating whether someone from the victims' environment in their town of residence could induce them to cheat.

The Mossos d'Esquadra have taken a statement from the father of Arooj Abbas and Aneesa Abbas, who explained that he had not had contact with them for a long time, since they had left home, as well as a brother and an uncle.

The police questioned other people linked to the family, such as the owner of the store where the father works, who confirmed the version that he had not had any contact with his daughters for a long time.

In addition, he explained that he was unaware that they were in Pakistan, so he considers that he has "no responsibility" for what has happened, because he has known him for years and trusts his word.

He was also surprised by the fact that one of his older brothers, who lived in Terrassa, was one of the perpetrators of the murder, because he "loved his sisters very much."

The father could testify again at the police station.

In Pakistan, the preventive detention of the suspects ends next weekend.