The assassination of Shireen Abu Aqleh.. Press investigations confirm the responsibility of Israel and the US State Department calls for the perpetrators to be held accountable

The US State Department renewed its condemnation of the assassination of fellow Al-Jazeera correspondent Shireen Abu Aqleh, and said that it expects those responsible for her killing to be fully held accountable. 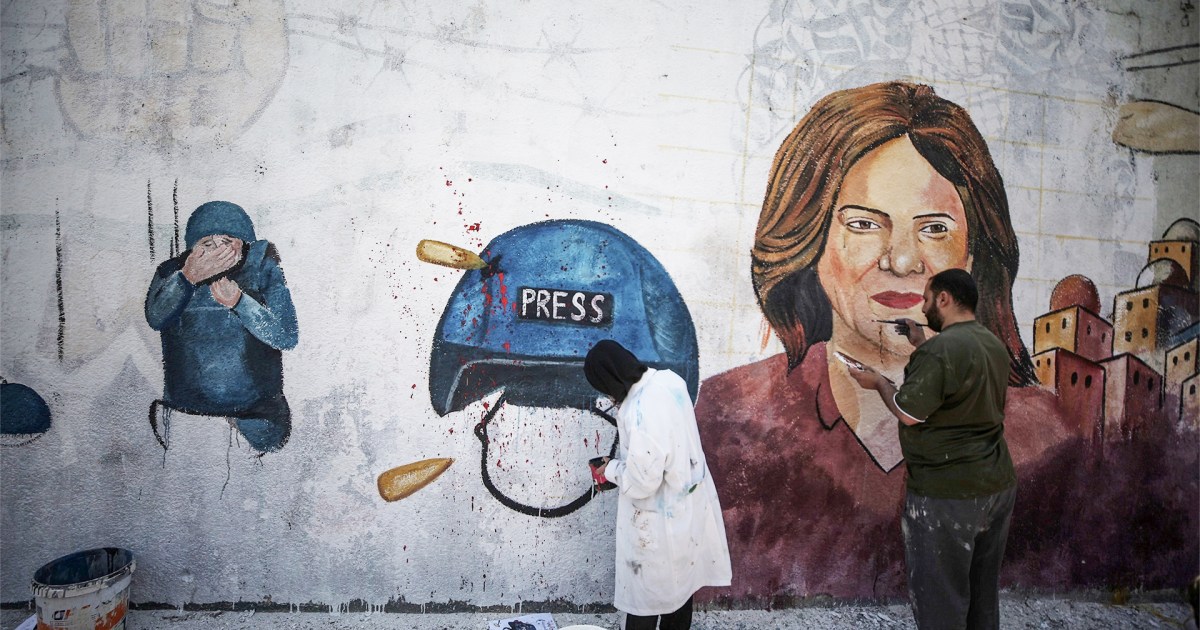 The US State Department renewed its condemnation of the assassination of fellow Al-Jazeera correspondent Shireen Abu Aqleh, and said that it expects those responsible for her killing to be held fully accountable, while press investigations revealed the responsibility of the Israeli occupation army for the assassination.

US State Department spokesman Ned Price said - during the daily press conference on Tuesday - that he expects the Israelis and Palestinians to permanently inform Washington of their investigations into the killing of Shirin, and called for a comprehensive and in-depth investigation into her killing that leads to accountability of the perpetrator.

A report by the American network said that its team's investigation and the evidence it collected indicate that Shirin was targeted by the Israeli forces, and that the evidence confirms that there were no militants or armed confrontations near Shirin during the moments before her killing.

An investigation by the Associated Press concluded that the bullet that killed colleague Shireen was fired from an Israeli soldier's rifle.

It is noteworthy that an investigation of the island had earlier reached the same conclusion.

Meanwhile, Palestinian Prime Minister Muhammad Shtayyeh said that the Palestinian Authority's referral of the file of the assassination of Shireen Abu Aqleh to the International Criminal Court aims to hold Israel responsible for the crimes it is committing against the Palestinian people.

Shtayyeh stressed - in an interview with CNN - that it is not possible under any circumstances to accept a joint investigation with the Israeli army into the killing of Abu Aqila.

The Israeli occupation authorities are still refraining from opening an investigation into the killing of Shireen Abu Aqleh, although her initial examinations proved that its soldiers fired at the location where the Al-Jazeera reporter was.

The former Prosecutor of the International Criminal Court, Luis Moreno-Ocampo, said that the evidence must be clear to present the file of Shirin's assassination to the Criminal Court.

The former international official added - in an interview with Al Jazeera - that a criminal investigation must be conducted by specialized experts, and more research should be done to find out the circumstances of the assassination of Shireen Abu Akleh.

The UN Security Council in New York held an informal session on the protection of journalists in international conflicts, and most of the interventions focused on the assassination of fellow Al-Jazeera correspondent Sherine Abu Akleh and the call for an investigation into its circumstances.

The briefing also stated that Al Jazeera's position is clear and clear, which is that the life of its reporter, Shireen, is important, as is the case for the independent and transparent investigation into her murder.

In her speech during the Security Council session, the Irish delegate to the UN Security Council, Geraldine Byrne Nason, called for an independent investigation into the killing of Shireen Abu Akleh without delay.

Nason demanded - in the session called for by her country - that the perpetrators be held accountable, and stressed that it is absolutely unacceptable to target any journalist anywhere.

The US delegate to the United Nations Economic and Social Council, Lisa Carty, said that the United States expects full accountability for those found responsible, after the investigation into the killing of Shireen Abu Akleh is over.