Hundreds of South African radical left activists demonstrated in Pretoria on Wednesday to demand that France leave the African continent.&nbsp;&nbsp; 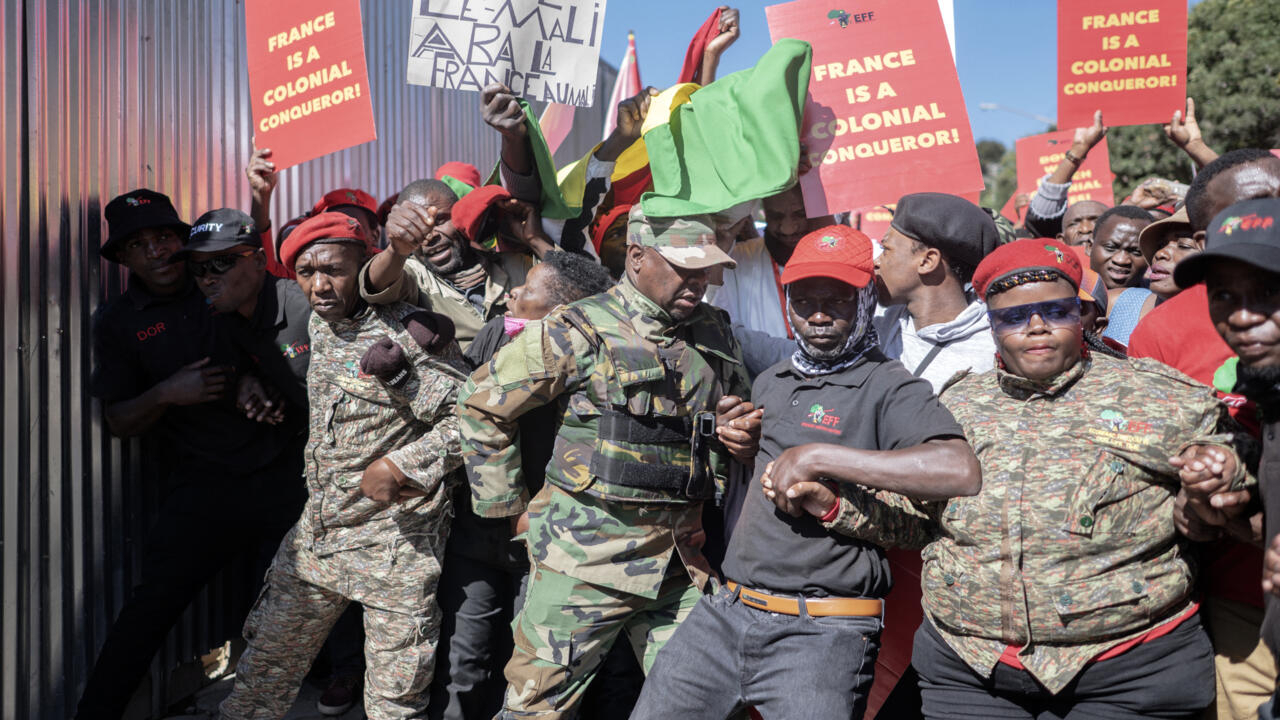 A few hundred militants of the South African radical left demonstrated on Wednesday May 25 in Pretoria to demand that Paris, accused of post-colonial imperialism, leave the African continent, according to AFP on the spot.

In the colors of the party led by Julius Malema, the Fighters for Economic Freedom (EFF), red t-shirts and caps with a logo in the shape of Africa, brandished signs "France outside", "Wealth of France on the backs of Africans" or "Reparations for colonial crimes".

[🇬🇧-Africa] "France out of Africa": demonstration of the radical left in Pretoria (IMAGES)

⚡ Several hundred supporters of the South African radical left demonstrated on May 25 in the capital Pretoria alongside Julius Malema, accusing France

"You killed a lot of people in Africa"

They had disembarked in the morning in buses chartered by the party and had gathered a few streets from the French embassy, ​​noted an AFP team.

"Fuck you France, fuck you", chanted an activist on a stage set up on an open truck, the small crowd repeating the slogans in chorus before approaching the gates of the embassy, ​​​​protected by a cord armed police.

Demanding to meet a French representative under penalty of blocking access, Julius Malema launched into the microphone: "You have killed a lot of people in Africa, why are you so afraid today?", claiming to address the supporters of "French white supremacy".

During a brief appearance, the French ambassador, Aurélien Lechevallier, addressed the demonstrators, assuring: "We are the friends of the African nations".

"The France-Africa relationship must change, African countries must be considered as partners and not just as suppliers of raw materials," added another spokesperson, Sinawo Thambo.

In a statement, the embassy "recalled that France is a strong partner of South Africa" ​​and that it "fully respects the integrity, sovereignty and independence of all African nations".

Julius Malema, who attracts millions of poor and unemployed young blacks to his ranks, is known for his outrageous outings.

Declaring himself in the anti-imperialist movement opposed to Europe and the United States, he recently gave strong support to Russia after the invasion of Ukraine.