Russia: Brussels wants to place the violation of sanctions in the list of European crimes

Can the assets of Russian oligarchs be confiscated? This is the question now on the table for the European Union, at a time when long-term aid plans for Ukraine are under discussion. 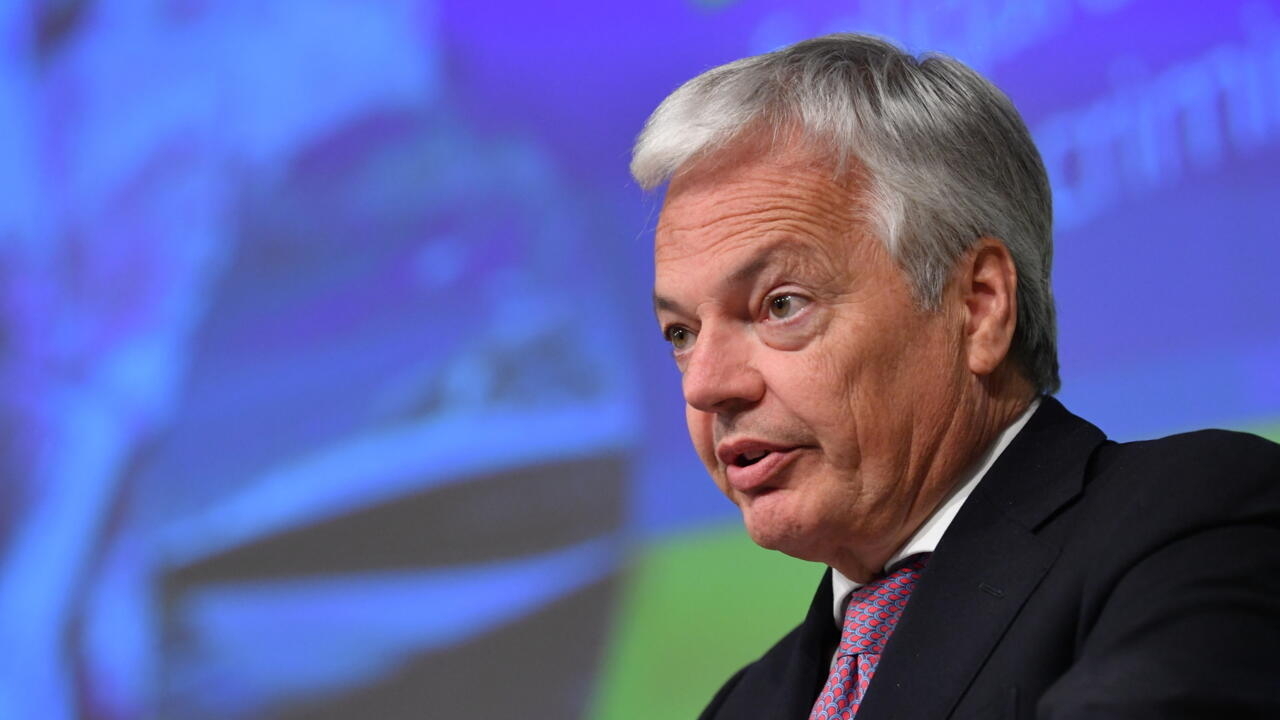 Russia: Brussels wants to place the violation of sanctions in the list of European crimes

EU Justice Commissioner Didier Reynders delivers a speech during a press conference on new EU rules on the freezing and confiscation of assets of oligarchs violating restrictive measures and criminals at EU headquarters in Brussels, May 25, 2022. AFP - JOHN THYS

Can the assets of Russian oligarchs be confiscated?

This is the question now on the table for the European Union, at a time when long-term aid plans for Ukraine are under discussion.

The European Commission proposed to the Twenty-Seven, this Wednesday, May 25, a directive on "the recovery and confiscation" of funds held in banks, but also of buildings, planes and helicopters, yachts, works of art or automobiles, and this should be one of the major subjects of debate for the European summit next Monday.

But it is possible to go further and confiscate the assets of those who have committed crimes.

And among the people targeted by EU sanctions, the Commission has identified more than 150. But for the others, it must be legally justified.

However, only twelve countries have enshrined the violation of sanctions in their criminal law.

The Commission will propose to put violation of sanctions on the list of European crimes – which currently includes, for example, terrorism, money laundering and corruption.

The people and companies that appear on the lists of restrictive measures, the sanctions, often have significant resources to try to escape the impact of the decisions that have been taken in the new European.

We want to ensure that the violation of restrictive measures is criminalized across Europe, in all Member States.

First, we are proposing to make the violation of sanctions an EU crime.

Such action is a criminal offense that threatens international peace and security and should be sanctioned firmly throughout the EU.

Those trying to circumvent sanctions must be punished.

Once the Twenty-Seven have unanimously agreed on the rules for the confiscation and identification of assets that belonged to relatives of the Kremlin, they could thus pay the proceeds of the confiscations into a solidarity fund for the Ukrainians.

In a second step, these confiscated funds could also be used to finance the reconstruction of Ukraine, estimated at 600 billion euros by the Commission.

European sanctions against Moscow: the negotiation of an endless oil embargo