Powerful robot is believed to have been tested by North Korea

North Korea has fired three robots, says the South Korean military, which suspects that it is at least one intercontinental ballistic robot - with the capacity to reach the United States. The test took place early on Wednesday morning, just hours after US President Joe Biden ended a trip to Japan and South Korea. 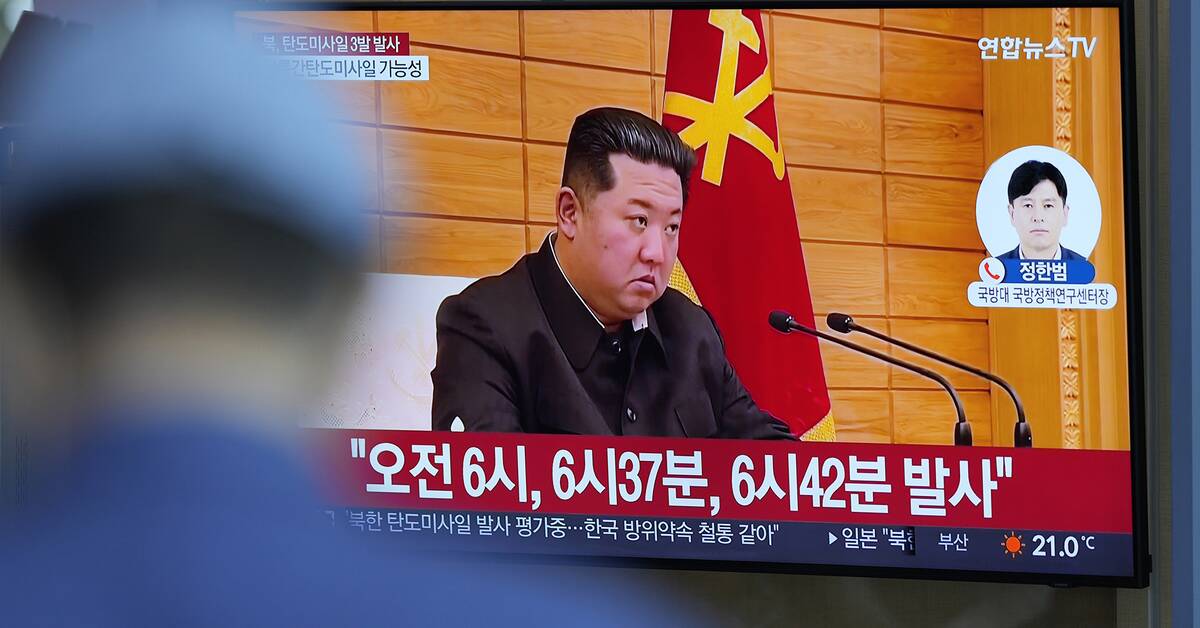 According to South Korea, the three robots were fired in close succession from the Sun, on the east coast of North Korea, out over the Sea of ​​Japan, between 6 and 7 o'clock on Wednesday morning local time.

The first is believed to have been an intercontinental ballistic missile (ICBM), which experts have previously said may have the capacity to reach the entire United States with nuclear weapons.

"The first ballistic missile (suspected ICBM) had a range of about 360 kilometers and an altitude of about 540 kilometers," the South Korean military leadership wrote in a statement.

Can reach the United States

In that case, it is the second intercontinental ballistic missile that North Korea has fired since 2017. The first was fired in March this year and, according to experts, had the capacity to reach the entire United States with nuclear weapons.

Dictator Kim Jong-Un himself has previously said that tests of an intercontinental ballistic robot that can carry several nuclear warheads are high on the agenda.

The US and South Korean intelligence services also estimate that North Korea will soon be able to carry out its first nuclear test in almost five years.

The country has tightened its surveillance and the military is on high alert in close cooperation with the United States, it is said.

In connection with the test firings, the Japanese Coast Guard warned ships in the area of ​​a "possible ballistic robot" and the country's Prime Minister Fumio Kishida says that the government is trying to confirm the information about the robots.

North Korea has intensified its robot tests in recent months and Wednesday's launches are the 17th test this year and the first in almost two weeks.

Experts believe that the tests are aimed at modernizing the North Korean weapons arsenal and are intended to act as a means of pressure on countries such as the United States and South Korea to force, among other things, sanction relief and other concessions.

This weekend, President Joe Biden visited his South Korean counterpart Yoon, and after the summit, leaders said they were considering expanding their military exercises to deter a North Korean nuclear threat.

"We are prepared for anything that North Korea does," Biden said.