One of them is an intercontinental... South Korea accuses its North neighbor of firing 3 ballistic missiles and indicates a nuclear test

North Korea fired three ballistic missiles, one of which is believed to be an ICBM, on Wednesday, just hours after US President Joe Biden left Asia. 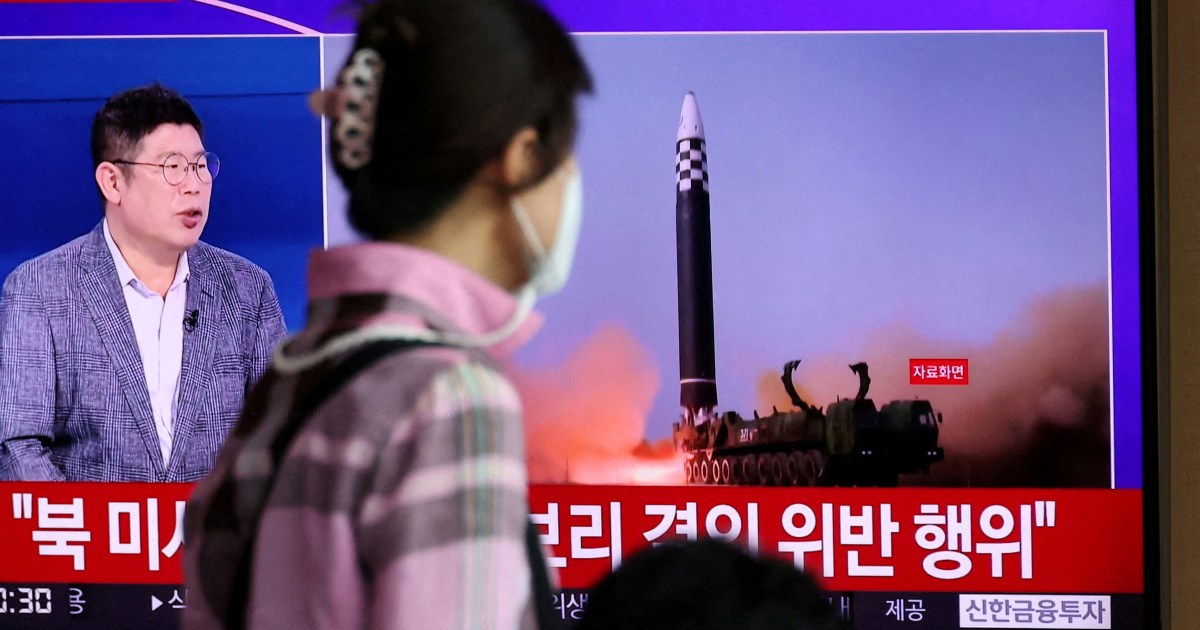 North Korea fired three ballistic missiles, one of which is believed to be an ICBM, on Wednesday, just hours after US President Joe Biden left Asia following a trip in which he agreed to step up measures to deter the nuclear-armed country.

South Korea's Joint Chiefs of Staff said that the first ICBM appeared to be an ICBM, while a second missile of unknown type landed in the middle of the flight, and reported that the third was a short-range ballistic missile.

In Tokyo, the Japanese Ministry of Defense announced that one of these ballistic missiles traveled an "unusual trajectory".

In response, the United States and South Korea conducted live-fire exercises, which included tests of surface-to-surface missiles, such as the American Tactical Missile System (ATACMS) and South Korea's "Hyunmoo-2" short-range ballistic missile system. It was declared by the armies of the two countries.

The United States also condemned North Korea's launch of 3 ballistic missiles, and called on it to choose dialogue instead of these missile tests.

"The United States condemns the launch of a number of ballistic missiles by the Democratic People's Republic of Korea," a State Department spokesman said, using North Korea's official name.

"We call on the Democratic People's Republic of Korea to refrain from further provocations and to engage in substantive and constructive dialogue," he added.

This triple missile test comes at a time when the US President concluded a trip to the region that included both South Korea and Japan.

During his visit to South Korea, Biden held talks with his new counterpart Yoon Seok-yeol, during which the two presidents stressed the need to intensify military exercises to counter the North's threats.

The North Korean threat overshadowed Biden's first trip to Asia since taking power in early 2021, especially as a high-ranking US official warned that Pyongyang might take advantage of this visit to test a missile or a nuclear bomb.

North Korea has conducted a series of missile launches this year, from hypersonic weapons to launching its largest intercontinental ballistic missile for the first time in nearly five years, and is apparently preparing for what will be its first nuclear test since 2017.