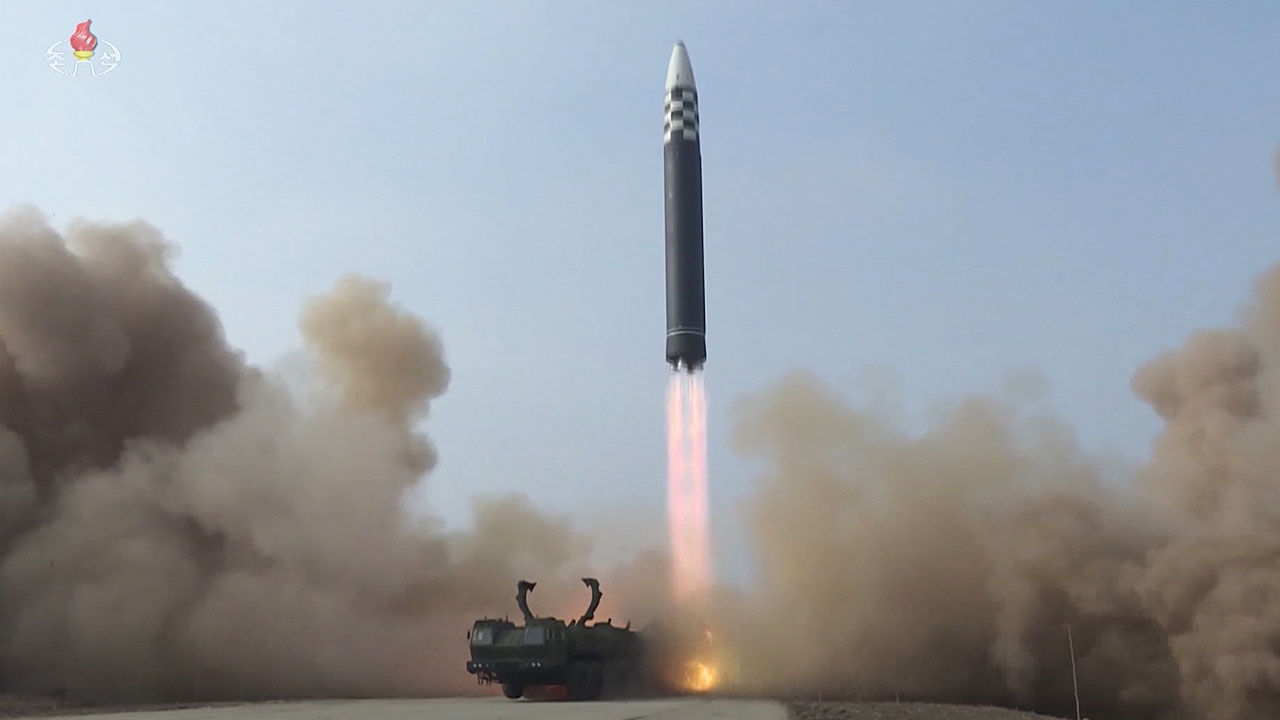 It is said that it was a repulsive armed demonstration that took place after President Joe Biden left for the United States yesterday (24th) after completing his tour of Korea and Japan in turn.

According to the Joint Chiefs of Staff, North Korea fired two short-range ballistic missiles, including one presumed ICBM ballistic missile, at the new Pyongyang Sunan Airfield from 6:40 a.m. today.

There are also observations that North Korea was trying to neutralize the South Korean missile defense network by targeting the United States with an ICBM and South Korea and Japan with two short-range ballistic missiles.

Military authorities are analyzing the presumed ICBM missile as the new 'Hwasong-17' under development by North Korea, and the following two missiles are the KN-23, which is called the 'North Korean version of Iskander'.

First, looking at the detected specifications, the ICBM estimated missile was detected with a flight distance of about 360 km, an altitude of about 540 km, and a speed of Mach 8.9.

This is similar to the trajectory of the Hwasong-17 launched in February and March.

In the case of the Hwasong-17, it is estimated that the maximum range will exceed 15,000 km when fired at a normal angle, and it will enter the range of the mainland of the United States.

In particular, the Hwasong-17 type exploded in mid-air during the initial stage of ascent on March 16 and failed to launch.

In this case, the military is known to analyze that the combustion of the first stage propellant has been achieved to a certain level, and stage separation has also been performed normally.

However, even if North Korea reports today's launch tomorrow, there is a possibility that it will claim to be a 'reconnaissance satellite test' instead of an ICBM.

Experts analyze that the second and third missiles were test-fired with different trajectories of similar short-range ballistic missiles.

Among them, the Joint Chiefs of Staff lost the second missile at an altitude of about 20 km, and is continuing further analysis on whether or not it failed.