“Producing engines for military aviation of the Armed Forces of Ukraine”: the RF Ministry of Defense announced the destruction of the workshops of the Motor Sich plant in Zaporozhye

The Russian Armed Forces destroyed the workshops of the Motor Sich plant, which produced aircraft engines for Ukrainian military aviation, with high-precision missiles, the Russian Defense Ministry said. Also, a missile strike was carried out in the area of ​​the Pokrovskoye railway station in the Dnipropetrovsk region, where units of the Armed Forces of Ukraine that were transferred to the Donbass were destroyed. In addition, the authorities of the Zaporozhye region, following the Kherson region, announced their intention to integrate into the Russian Federation. A bi-currency zone has already been introduced in the region. 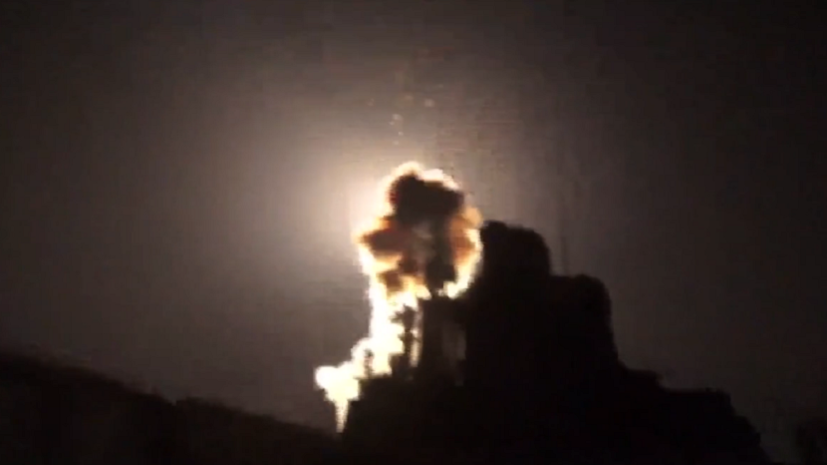 In Zaporozhye, high-precision long-range missiles destroyed the production workshops of the Motor Sich plant, where aircraft engines were produced for combat aviation of the Armed Forces of Ukraine.

This was stated by the official representative of the Russian Defense Ministry, Major General Igor Konashenkov.

“High-precision long-range air and sea-based missiles in the city of Zaporozhye destroyed the production workshops of the Motor Sich plant, which produced aircraft engines for combat aviation of the Air Force of Ukraine,” Konashenkov said.

“In the area of ​​the Pokrovskoye railway station in the Dnipropetrovsk region, units of the reserve of the Armed Forces of Ukraine were destroyed, which were transferred to reinforce the grouping of Ukrainian troops in the Donbass,” he added.

The missiles also hit three command posts of the Ukrainian troops, the radio engineering center of the Armed Forces of Ukraine, the logistics center of the 72nd motorized infantry brigade, two fuel bases, two air defense radar posts, as well as 16 areas of concentration of manpower and military equipment.

Russian aviation, in turn, attacked two depots of artillery weapons and ammunition in the Kharkiv and Nikolaev regions, the headquarters of the territorial defense in Soledar, 46 areas of concentration of manpower and military equipment, as a result of which more than 300 Ukrainian nationalists were killed and put out of action. 46 units of military equipment.

Rocket troops and artillery hit 51 command posts of the Armed Forces of Ukraine, 385 areas of concentration of manpower and military equipment, as well as 53 artillery and mortar units in firing positions.

According to a representative of the Russian Ministry of Defense, Russian air defense systems shot down a Ukrainian Mi-8 helicopter, as well as 11 Ukrainian drones, including a Bayraktar TB2.

Zaporozhye region aims to integrate with the Russian Federation

The Zaporozhye region will not return under the control of the Kyiv regime, said Vladimir Rogov, a member of the main council of the military-civilian administration of the region.

“There can be only one future for the Zaporozhye region – it should be part of Russia, should become a full-fledged subject of the Russian Federation.

We want to be part of Russia, as we have always been for hundreds of years," Rogov said in an interview with RIA Novosti.

He noted that the population of the Zaporozhye region is “absolutely Russian in mentality”, and expressed confidence that the regional center will be completely liberated from Ukrainian nationalists: “Ukrainian nationalists also understand that they will not hold Zaporozhye, so they are already withdrawing their assets from the city and taking them out families".

At the same time, a dual-currency zone has already been introduced in the liberated part of the region - you can pay both in hryvnia and rubles.

The beginning of settlements in rubles significantly revived the economy of the Zaporozhye region, Rogov added.

In addition, the region returned to using the coat of arms of those times when the Tauride Governorate was part of the Russian Empire.

Also on russian.rt.com “To avoid civilian casualties”: Shoigu announced a deliberate slowdown in the offensive of the Russian Armed Forces in Ukraine

“During the time of Ukraine, there was an attempt to change the coat of arms.

Instead of rifles, Russian soldiers began to use muskets.

It was such a falsification of heraldry, ”said a member of the main council of the military-civilian administration of the Zaporozhye region.

"The West tries not to notice"

Ukraine has long ceased to be safe for media workers, especially for those who are in opposition to the country's authorities, said Fyodor Strzhizhovsky, spokesman for the Russian Permanent Mission to the UN.

“Today, many people spoke about the supposedly guaranteed safety of journalists in Ukraine.

Of course, we understand that in the West today one can speak about Ukraine either well or not at all, but there must be at least some reasonable limits to this fraud,” he said during an informal meeting of members of the UN Security Council according to the Arria formula on the topic “ Protection of journalists.

The diplomat also pointed to the lack of progress in the investigation into the death of more than 20 journalists "during the armed conflict in the Donbass, which the West tries not to notice."

“Unfortunately, there is no progress in the investigations of the mentioned murders, as well as the vast majority of cases of violence, not to mention violations of freedom of speech.

It is a pity that during today's meeting no one had the courage to touch on this issue," Strzhizhovsky stressed.

In addition, he drew attention to the emergence on the territory of Ukraine of “fake factories” of unprecedented scale, which spread disinformation both in the West and among the population of Ukraine.

“Tomorrow, provocations in the information space, organized according to Western guidelines, could become a global threat, including for today’s customers,” the spokesman for the Russian Permanent Mission to the UN explained.