Questions continue in the economic circles and the Egyptian street regarding the future of the pound against foreign currencies, the interest rate, with the continued increase in inflation rates and the rise in prices. 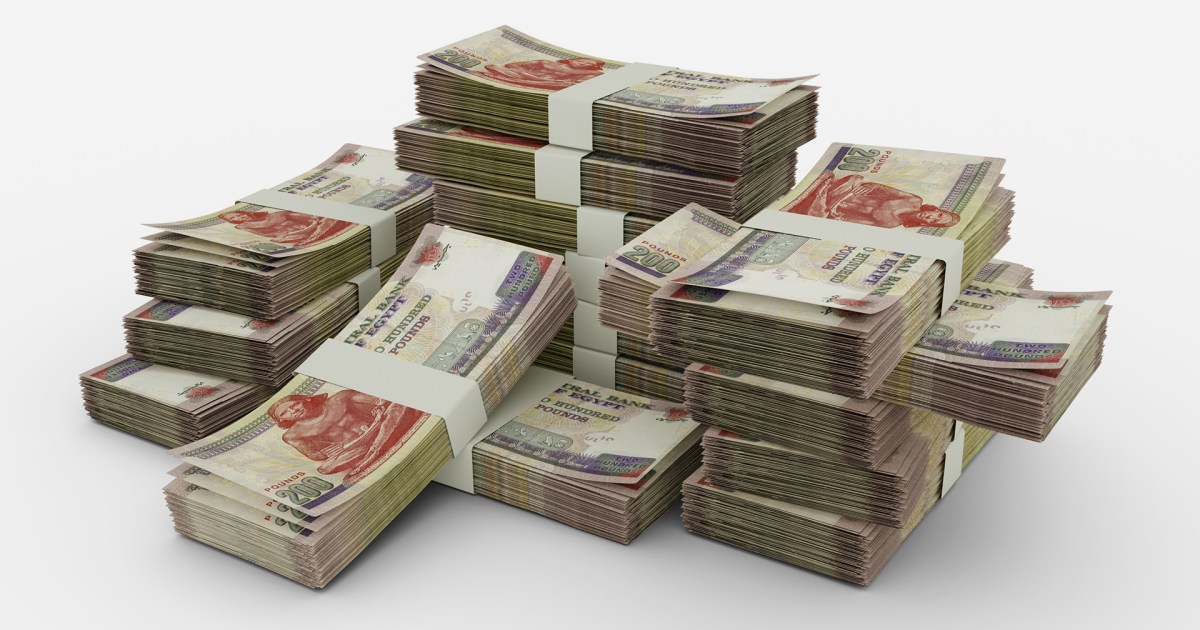 Questions and speculation continue in the economic circles and the Egyptian street regarding the future of the pound against foreign currencies, the interest rate, with the continued increase in inflation rates at a greater rate than expected, and the high prices.

The Egyptians’ fears are increasing day after day with the succession of economic reports and research notes regarding the future of the pound, in light of the lack of a ceiling to stop the deterioration in the value of the currency and the continuation of the wave of prices for all materials and commodities since the flotation in 2016.

And the Central Bank decided last week to raise interest rates by 2% at once after increasing them last March at a rate of 1% in an attempt to curb inflation, which reached 13.1% in April 2022, its highest rate in 3 years, and in order to attract foreign investors to The local debt market.

If some local and foreign analysts expected that the pound would go through a phase of relative stability in the coming days with an improvement in foreign exchange flows, on the other hand, the Economist Research Unit expects that the pound will continue to decline against the dollar during the next four years, that is, until 2026 to touch Officially 20 pounds to the dollar.

Is the pound devaluation conditional?

The banking expert in the United States, Sherif Othman, says, “The central bank did not leave the pound to supply and demand (market mechanisms), and it is the one who determines the exchange rate of the pound, and he is the one who allows the devaluation of the pound if he deems it so, but there is pressure from the International Monetary Fund to limit the intervention of the Central in support of the pound.

He pointed out to Al-Jazeera Net that the value of the pound is linked to the current account deficit, which is a chronic deficit of more than 15 billion dollars per year, and then the value of the pound will decrease, but there will become permanent reviews of the pound exchange rate by the IMF in order to ensure that it is valid At its real value, it may impose on the Central Bank of Egypt to gradually reduce the pound every year, which in turn will maintain a high interest rate that provides a return to the foreign investor in the local debt market instruments.

The repercussions of raising interest rates on the Egyptian economy will be negative. According to a report by Mada Masr (independent), "the only tool that the government uses to try to contain inflation seems to be raising the interest rate, but over time it becomes an ineffective tool."

The report pointed out that raising interest rates is a major problem for economic growth, as it slows down the ability of private sector companies to grow and expand by borrowing at reasonable interest rates, and affects their ability to cost working capital important in operating expenses, and it also generates more inflation, because the increase The cost of working capital is often reflected in the final price of goods.

The stability of the pound is the solution

The chief economist at Beltone Investment Bank, Alia Mamdouh, does not expect the rise in interest rates to have an immediate impact on the decline in inflation rates, and said that “Egypt’s economy is based on cash, as the movement in interest rates has proven its weakness in containing inflationary pressures,” explaining that the stability of the pound It is the solution to support low inflation rates.

The exchange rate of the Egyptian pound has fallen by about 18% against hard currencies since the interest was raised last March, and due to the scarcity of the dollar, the parallel (black) market appeared after years of limiting its activity, and the pound fell to between 20 and 22 pounds to the dollar.

According to the Egyptian Prime Minister, the exits of foreign investors from the government debt instruments market exceeded $20 billion in the past few months.

Despite the huge cost of raising interest rates, such as increasing the interest burden on debt, and the cost of borrowing for business sectors, according to economist Ibrahim Nawar, this raises the ability of the Egyptian pound to attract hot money looking for high interest, and thus protects the pound “relatively” from declining to levels less.

Nawar added in statements to Al Jazeera Net that it is clear that the central bank adopts a policy of raising interest rates in the medium term, and this means that its future outlook (that is, interest) is bullish.

In his estimation, political economist Mustafa Youssef believes that although the increase in interest rates is a monetary tool to curb and reduce inflation, it will not have a quick effect and will increase the burdens of the financing cost for companies, and then prices will continue to rise, and the Central Bank will not stop increasing interest until Hot money back.

Regarding the future of the Egyptian pound, Youssef explained, in his speech to Al-Jazeera Net, that according to international reports, the reduction of the pound came on the instructions of the International Monetary Fund, with which Egypt is negotiating a new financing package, and the pound will continue to decline to the limits of 20 pounds to the dollar, which is the value traded in the market Black, which ranged between 20 and 22 pounds.

Egypt estimates the cost of the direct impact of the Russian-Ukrainian war on its budget at 130 billion pounds annually (about 7.1 billion dollars), according to Egyptian Prime Minister Mostafa Madbouly, who also clarified that the cost of the indirect impact of the Russian-Ukrainian war on Egypt’s budget is estimated at 335 billion pounds annually (18.3). Billion dollar).