What Biden talked about with Fumio Kishida today: "Extended deterrence" may become the focus, and "contain China" raises concerns

[Global Times Comprehensive Report] On the afternoon of the 22nd local time, US President Biden arrived at Yokota Air Force Base in Japan by special plane. On the 23rd, he will hold the first official face-to-face talks with Japanese Prime Minister Fumio Kishida, and "extended deterrence" may become the key word of the talks. Japanese media said that the two sides are expected to negotiate on st 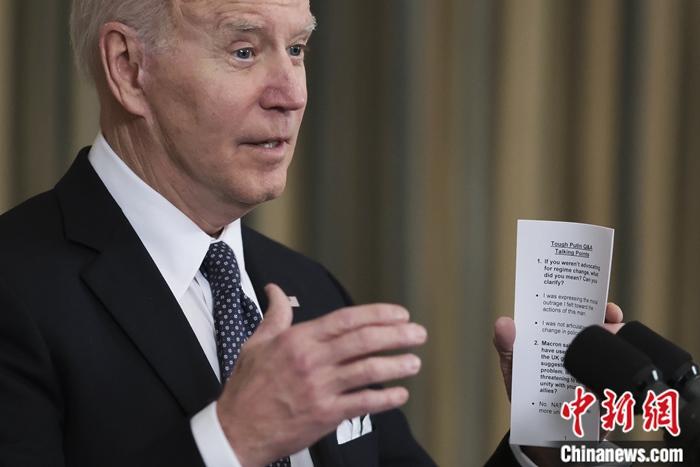 [Global Times Comprehensive Report] On the afternoon of the 22nd local time, US President Biden arrived at Yokota Air Force Base in Japan by special plane.

On the 23rd, he will hold the first official face-to-face talks with Japanese Prime Minister Fumio Kishida, and "extended deterrence" may become the key word of the talks.

Japanese media said that the two sides are expected to negotiate on strengthening the "extended deterrence" of the United States' participation in Japan's defense with nuclear and conventional forces, and the intention behind this to confront China, Russia and North Korea is self-evident.

Today and tomorrow, Biden will also issue a statement on the Indo-Pacific Economic Framework (IPEF) and participate in the Quadrilateral Security Dialogue (QUAD) leaders meeting.

The statement did not directly mention China. However, words such as "Indo-Pacific" and "supply chain" have increased compared with last year's joint statement of the leaders of the two countries. In addition, IPEF is the core topic of their talks. In the eyes of foreign media, This series of "signals" all point to "containment of China".

Many people in the two countries are worried about the Japanese and South Korean governments keeping up with the pace of the United States.

From Seoul to Tokyo, "Global Times" reporters have been hearing their voices at rallies against Biden's visit in recent days: The actions of the United States have laid the root of the turmoil in the region, and South Korea and Japan should not put themselves dangerous situation.

On the 23rd, Biden will first visit Emperor Naruhito of Japan and then hold talks with Fumio Kishida.

"Extended deterrence" is expected to be a key word in the talks.

Kyodo News, citing sources, disclosed that Kishida believes that it is necessary to show a posture of attaching importance to the”nuclear umbrella” with Biden to ease domestic anxiety.

"Dealing with China will be one of the main topics of this Japan-U.S. summit." Japan's NHK TV reported on the 22nd that the two countries are expected to coordinate to increase their "containment" against China and to strengthen their activities in the East China Sea and South China Sea. concern.

The leaders of Japan and the United States are also likely to mention the Taiwan issue.

According to Kyodo News, Biden is expected to issue a statement on the "Indo-Pacific Economic Framework" (IPEF) on the 23rd, and will advocate promoting regional economic development through "fair and resilient trade".

IPEF is also one of the topics in the talks between the leaders of Japan and the United States.

Biden's attendance at the QUAD leaders meeting on the 24th also attracted much attention.

A Japanese media quoted a relevant person from the Ministry of Foreign Affairs as saying that the QUAD joint statement is expected to be written in the content of the consensus on strengthening the provision of new crown vaccines to the international community, "This move is aimed at countering China, which is expanding its influence by providing vaccines to developing countries. ".

Before leaving for Japan on the 22nd, Biden and Yin Xiyue inspected the Aerospace Operations Headquarters (KAOC) of the South Korean Air Force Combat Command.

According to Yonhap News Agency, Yin Xiyue said that KAOC plays the role of the "strategic command" of the South Korean military, is the core base for South Korea and the United States to deal with "the escalating North Korean nuclear and missile threat", and is a symbol of the alliance between the two countries.

Biden said that the South Korea-US alliance "contains threats and stabilizes the situation" is "critical" to the Korean peninsula and the world.

According to Agence France-Presse, Biden said on the 22nd that he was "not worried" about North Korea's weapons tests during its trip to Asia, and "we are ready for anything North Korea does."

He said he did not rule out a meeting with the North Korean leader, as long as the other party was "sincere".

On the 21st, the presidents of the United States and South Korea issued a joint statement, and the outside world believed that "the containment strategy against North Korea is more clear."

South Korea's "Kookmin Daily" analyzed on the 22nd that the statement did not mention the achievements of the "Panmunjom Declaration" of the ROK and the DPRK and the DPRK-US-Singapore Joint Statement. content of the military exercise.

This time, South Korea and the United States agreed to launch consultations aimed at expanding the scope and scale of South Korea-US joint military exercises on the Korean Peninsula and surrounding areas.

Biden confirmed that all forces will be used to provide "extended deterrence" to South Korea.

Yin Xiyue said on the 21st that she will be committed to establishing a "global comprehensive strategic alliance" with the United States.

"This actually refers to the expansion of the South Korea-US alliance from military to economic security and global issues." "Kingxiang Shimbun" analyzed on the 22nd that on the supply chain issue, although South Korea and the United States use "flexible supply" to avoid the "decoupling" statement The wording of "chain" actually means that South Korea is ready to participate in the US supply chain restructuring in core industries such as semiconductors, batteries, and rare earths to contain China.

"National Daily" believes that this joint statement is more clearly aimed at China, because the words "Indo-Pacific" and "supply chain" appeared five times and two times respectively in the statement last year, and this year it reached nine and 11 times respectively.

According to the Newsis News Agency, the South Korea-US joint statement once again mentioned the "importance of peace and stability" in the South China Sea and the Taiwan Strait.

"There is no word about cooperation with China in the entire statement, which is one of the reasons why South Korea and the United States have built a global comprehensive strategic alliance that has caused concern to the outside world." Yonhap News Agency said in an editorial on the 22nd that China is one of the world's largest semiconductor markets.

If the new South Korean government wants to consolidate and develop the South Korea-US alliance, it should use wisdom to formulate a strategic framework for China.

South Korea's "Kingxiang Shimbun" said on the 22nd that in the view of South Korea's largest opposition party, the Common Democratic Party, Biden's visit did not achieve "visible and clear" results with South Korea, and the core topic of the talks was IPEF. China is likely to have this framework. Expressed opposition, "I hope that the Yin Xiyue government can take adequate countermeasures to deal with the follow-up turmoil after abandoning balanced diplomacy."

The Common Democratic Party also stressed that the joint statement of South Korea and the United States does not have a creative way to solve the North Korean nuclear issue politically, nor does it reflect the intention to actively solve it.

Lv Chao, a professor at Liaoning University and dean of the Institute of American and East Asian Studies, told the Global Times reporter on the 22nd that the strengthening of the military alliance between South Korea and the United States is highly provocative and is not conducive to the peace and stability of the Korean Peninsula.

"From Trump to Biden, the U.S.'s intention to compete and contain China has not changed, but has increased." Wang Guangtao, an associate professor at the Center for Japanese Studies at Fudan University, told the Global Times reporter on the 22nd that under such circumstances , how China responds is important, but how the US's Asia-Pacific allies and quasi-ally respond to the US is also worthy of attention, which is one of the key factors affecting the future situation around China.

As far as South Korea is concerned, Lv Chao believes that South Korean officials have recently emphasized that the IPEF does not target China, and the South Korean and US leaders did not talk about the "exclusive supply chain".

As far as Japan's situation is concerned, Wang Guangtao said that although the Japanese government and opposition have reached a certain consensus on "containing China" to a large extent, there are also opposition politicians who advocate easing China's policy.

Japanese companies may play a positive role in improving relations with China, but their outbound investment activities may also be restricted by the Japanese government.