For two days, the Swedish Fair in Gothenburg has been filled with young people with smart ideas when the Swedish Championship final in Young Entrepreneurship kicked off. SVT Nyheter Väst visited the fair on Tuesday and then the hope of a West Swedish winner was still alive. - We have just moved on to the top ten, says Tilde Osbeck from the joint school who, together with four friends, hopes for victory with her seaweed product. 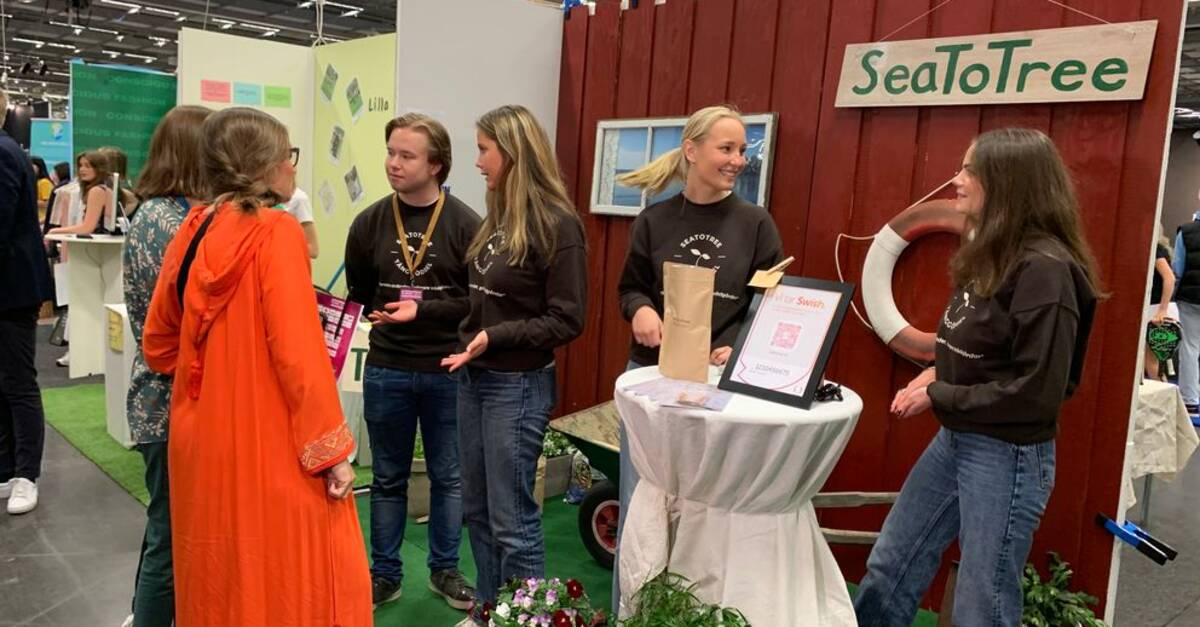 This is the first time that the Swedish Championships in Young Entrepreneurship have been decided in Gothenburg and there has been great interest in the event.

More than 800 young people line up and those who finally take home the victory will continue towards the European Championships, which will be decided later this year.

Glasses that filter out the annoying blue light from monitors and reduce headaches.

Or how about refining food waste that takes advantage of the food we throw away and make chips from it?

Several of the entries in this year's competition revolve around climate-smart solutions and finding new applications for what nature offers.

The contribution that has gone best from the west also follows that line.

West Swedish in the final

The young people behind the company SeaToTree all go to the joint school in Gothenburg and their business idea - to make manure from seaweed - has taken them all the way to the top ten and they now have the chance to reap the benefits.

- We have just moved on to the top ten and have now pitched and been to an interview again, so we will see later this afternoon if we move on again, says Tilde Osbeck from the joint school who together with Isabelle Hånell, Axel Löfgren, Ingrid Pernvik and Lydia Tanner constitutes SeaToTree.

No matter what happens in the final, they have their sights clear for the future.

- We hope to cooperate with the municipalities and get more seaweed together and thus be able to industrialize it, says Isabelle Hånell.