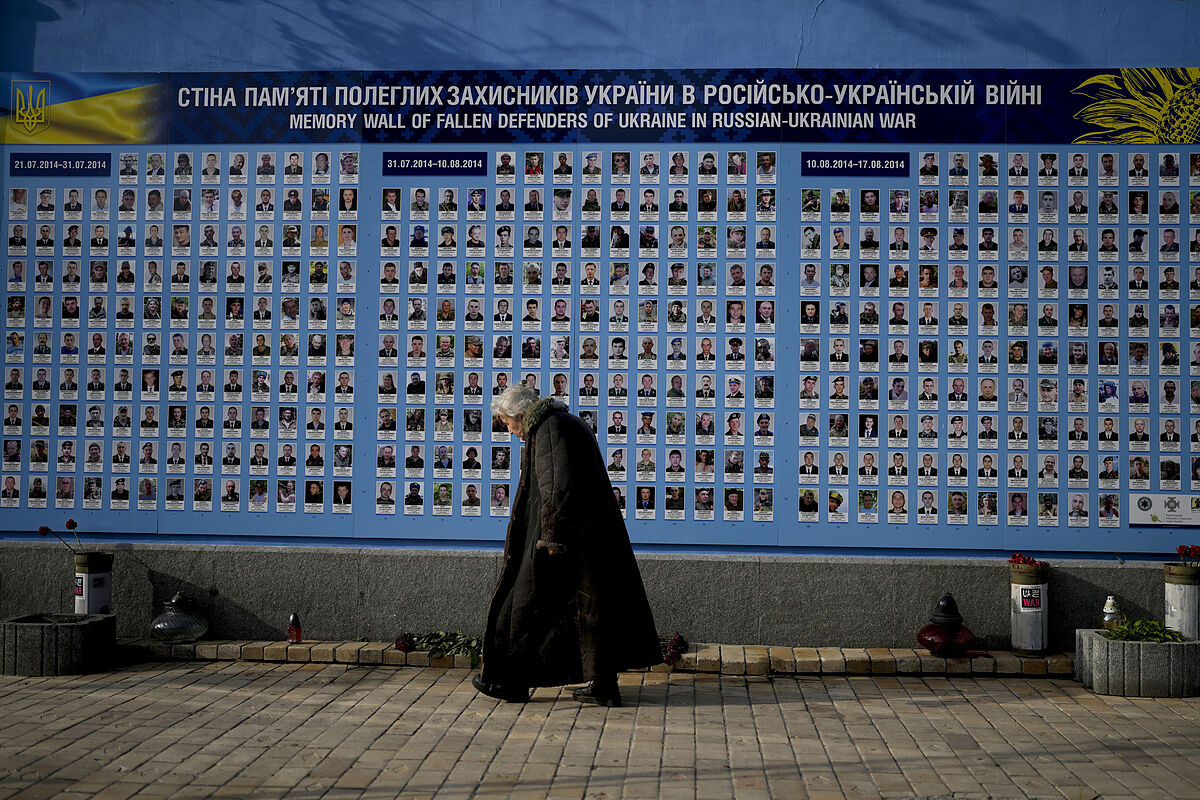 has sentenced the first Russian soldier for war crimes to life in prison, in a warning to

, which is relentlessly attacking

, where its troops have made little progress in trying to engulf Severodonetsk, the administrative center of the

Vadim Shishimarin, 21, had pleaded guilty to the death of an unarmed civilian on a bicycle who was talking on the phone in Chupakhivka, in northeastern Ukraine.

For its part, the US has resumed military contacts with Russia to

said the chairman of the US Joint Chiefs of Staff, General Mark Milley.

In addition, twenty countries have announced this Monday that they

in a virtual meeting organized by the United States, which was attended by defense officials from almost fifty nations.

The president of Ukraine, Volodímir Zelenski, said this morning that "the next few weeks of the war will be difficult", noting that the hardest fighting is in Donbas, in the east of the country.

"The next few weeks of the war will be difficult. And we must be aware of that. However, we have no alternative but to fight," Zelensky said in his usual late-night speech.

The most difficult fighting situation is in Donbas, he added, mentioning the cities of Bakhmut, Popasna and Severodonetsk, where "the occupiers have concentrated the most activity so far."

The Ukrainian ruler denounced that they organized a massacre there and are trying to destroy everything that lives, "literally. No one destroyed Donbas as much as the Russian army does now."

Zelensky added that the Russian occupiers intend to show that they will not abandon the occupied areas of the Kharkov region, Kherson, the occupied territory of the Zaporizhia region and Donbas.

"They are going on the offensive in some areas," he admitted.

Russian forces in eastern Ukraine are intensifying attacks on a key city as they seek to seize the Donbas region.

Severodonetsk, the largest city under Ukrainian control in Luhansk province, has come under heavy artillery and missile fire from Moscow forces.

According to the UN, so far almost 4,000 civilians have died in the Russian war in Ukraine, which will be three months old this Tuesday.

In the Kharkov region alone, in eastern Ukraine and where Ukrainian troops claim to have liberated 24 towns, the emergency services have recovered 63 bodies, according to the Ukrinform agency, which adds that some 500 buildings can no longer be rebuilt.

In addition, a Russian attack last week on the city of Desna in the northern Chernigov region claimed 87 lives, according to Ukrainian President Volodymyr Zelensky.

Russian ultranationalist deputy Leonid Slutski, who was part of the negotiating team with Ukraine, said today that Russia has reached a "point of no return."

Russian troops are attacking the entire battle line in Donbas, in particular in the Donetsk region, with tactical missile systems and aviation.

In the last 24 hours, Russia bombed 49 towns in Donetsk and Luhansk, killing nine people, according to the Ukrainian military command.