The question of sovereignty: why did Zelensky decide to give the citizens of Poland a special status and “erase the border” with Ukraine

Kyiv, asserting the special rights of Polish citizens, legalizes the de facto seizure of Ukrainian territory. This was stated by the official representative of the Russian Foreign Ministry Maria Zakharova. According to her, the Ukrainian president himself, and not the separatists, transfers rights to the territory of Ukraine to citizens of another state, without introducing them into Ukrainian citizenship. On May 22, Volodymyr Zelensky announced his intention to simplify the border crossing between Ukraine and Poland. In addition, a draft law will be submitted to the Rada, which will establish a special legal status for Polish citizens in the country. Experts note that the only beneficiary in this situation will be Warsaw, which has long-standing historical claims to Western Ukraine. 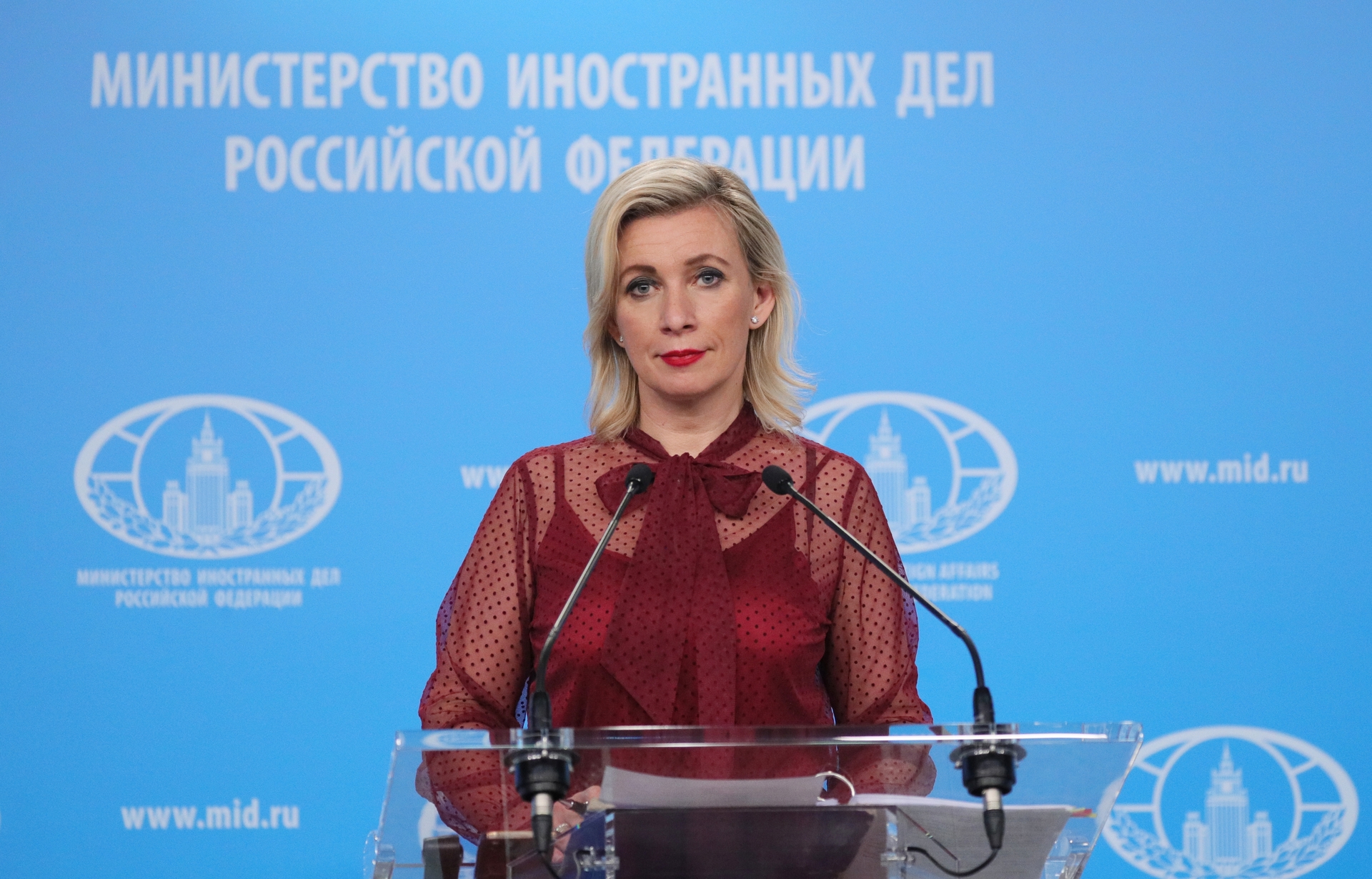 The bills on the special status of Polish citizens in Ukraine and the simplification of crossing the Ukrainian-Polish border actually legalize the alienation of Ukrainian territories.

“Zelensky at the legislative level draws up a special status for foreign citizens - Poland - in Ukraine.

The president of the state asks the national parliament to approve the special rights of citizens of another state, in fact, allowing them everything.

An incident of sovereignty, you can’t say otherwise, ”Zakharova wrote in her Telegram channel.

She stressed that in this way, not regional separatists, but “the president of the country himself transfers rights to citizens of another country on the territory of his state, without introducing them into citizenship of Ukraine.”

Sovereignty of Ukraine does not bother anyone at Bankova so much that the main question is not how to preserve it, but to whom to give it away, ”said the diplomat.

Maria Zakharova added that the Kyiv regime is destroying Ukrainian identity, “creating the unseen – legalizing the de facto seizure of their country.”

Earlier, the representative of the Verkhovna Rada in the Constitutional Court of Ukraine, Olga Sovgirya, said that President Volodymyr Zelensky intended to submit a bill to parliament that would establish a special legal status for Polish citizens on Ukrainian territory.

She did not disclose the details of the bill, but some details appeared on a number of Ukrainian Telegram channels.

According to their reports, the citizens of Poland will actually be equal in rights to the Ukrainians.

They allegedly will be able to hold public office, be elected to government bodies and work at state enterprises.

It is also claimed that the Polish police will operate on Ukrainian territory.

There is currently no official confirmation of this information.

At the same time, Volodymyr Zelensky told the country's parliament that he had reached an agreement with the Polish authorities to simplify the border crossing between Ukraine and Poland.

And there should be no boundaries or barriers between us.

The Ukrainian and Polish peoples mentally do not share borders for a long time.

Therefore, we decided to translate this into an appropriate bilateral agreement in the near future,” the Ukrainian president said.

It is worth noting that the new bills were announced against the backdrop of a visit to Kyiv by Polish President Andrzej Duda.

He spoke in the Verkhovna Rada and suggested that the Ukrainian side conclude a new agreement on good neighborliness.

Recall that earlier Duda said that there would no longer be a border between Poland and Ukraine.

He made such a statement during the events on the occasion of the Day of the Polish Diaspora in the Belvedere Palace in Warsaw.

“There will be no more borders between our countries – Poland and Ukraine.

This border will not exist.

So that we live together on this earth, building and rebuilding together our common happiness and common strength, which will allow us to repel any danger or any possible threat, ”Duda said.

Deputy Chairman of the Security Council of Russia Dmitry Medvedev, after these words of Duda, announced Poland's intention to carry out a creeping seizure of the territories of Western Ukraine.

According to him, Western Ukraine "will be a welcome acquisition for the hungry return of the lands of Poland" under the veil of "beautiful words about eternal brotherhood."

“However, you should not delude yourself and indulge in vain dreams.

Whatever spells this same Duda cast, we are talking about the actual annexation by Poland of the territories of Western Ukraine.

The soil is being probed slowly but surely,” Medvedev wrote in his Telegram channel.

Dmitry Medvedev added that "the phantom pains of former greatness that have tormented the Poles for several centuries have not disappeared anywhere."

“The task is simple - to regain the coveted historical lands, hiding behind aggressive anti-Russian rhetoric and false mantras about common happiness with “borderless” Ukraine.

To avenge the numerous partitions of Poland, ”wrote the deputy chairman of the Security Council of the Russian Federation.

For the Ukrainians themselves, the “imaginary brotherhood” with Poland will bring nothing but the “final loss of their statehood,” Dmitry Medvedev concluded.

Recall that the historical claims of Poland to a number of Ukrainian territories relate mainly to Galicia and Volyn - regions that include modern Lviv, Ivano-Frankivsk, Ternopil, Volyn and Rivne regions.

These regions, together with a number of regions in the west of Belarus and Lithuania, from 1918 to 1939 were part of interwar Poland and are sometimes referred to in Polish historiography as Eastern Kresy.

The Russian Foreign Ministry’s assessment of the recent actions of the Zelensky administration to give Polish citizens a special status is fair, as this calls into question the sovereignty of Ukraine, Sergey Margulis, a senior lecturer at the Department of International Politics and Foreign Regional Studies at the Institute of Social Sciences of the RANEPA, said in an interview with RT.

“Poland forced Kyiv to take such measures and grant a special status to its citizens, which may involve the participation of Poles in the political life of Ukraine, state power and courts.

This, of course, raises a serious question regarding the full sovereignty of Ukraine, ”the political scientist emphasized.

The main beneficiary in this situation will be Warsaw, which will seriously expand its influence on Ukraine, Sergei Margulis added.

“First of all, the Polish side is interested in this, which will clearly now increase its influence in Ukraine even more.

This, in my opinion, is a direct violation of Ukraine's sovereignty in general.

The adoption of these laws and the penetration into the power of the Poles, of course, was initiated by its own authorities and in the future can serve as a real foundation for the invasion of the territory of Western Ukraine and the rejection of the so-called Eastern Crosses in favor of Poland, ”the expert noted.

In turn, Vladimir Olenchenko, senior researcher at the Center for European Studies at IMEMO RAS, noted in a RT commentary that he also agrees with Maria Zakharova's assessment of the actions of the Ukrainian president.

“I would add that this step by Zelensky can be regarded as a sign that he is not going to stay in power for a long time and wants to create such conditions that after his departure the Poles enjoy a special status in Ukraine.

Prior to this, Andrzej Duda spoke about the inappropriateness of the borders between Poland and Ukraine.

It is curious that he made this statement on the Day of the Polish Diaspora, ”the expert noted.

Such actions on the part of the Kyiv regime give the impression of a process of dividing property and creating favorable conditions for the participants in this process, Vladimir Olenchenko believes.

“This is the first step towards the formation of a new single irritant of Russia, the creation of some kind of confederal state.

However, you need to ask if the EU is ready for the fact that now one of the EU members in the face of Poland will have a “non-existent” border with Ukraine, ”concluded the interlocutor of RT.