Today, the Court of Justice of the European Union has returned, as a precautionary measure, full immunity to MEPs Carles Puigdemont, Toni Comín and Clara Ponsatí, in a... 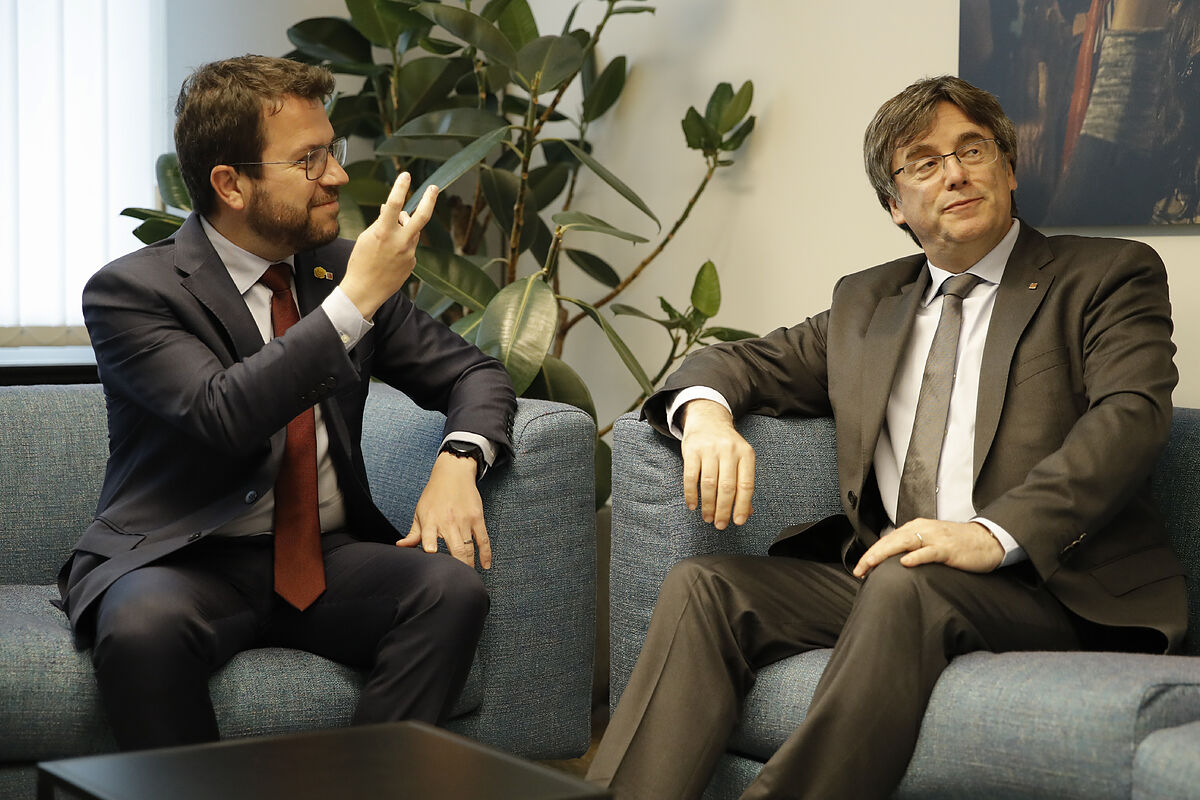 Court of Justice of the European Union

has returned, as a precautionary measure, full immunity to MEPs Carles Puigdemont, Toni Comín and Clara Ponsatí, in a decision that revokes a previous decision by the General Court.

The high court considers that the magistrates made an error of law, that there may be serious damage if they are detained "even for just a few weeks" and points out that the rapporteur of the request or the president of the Chamber's Legal Affairs Commission could having shown "a personal prejudice against the deputies".

And therefore I return the rights until a definitive ruling is made on the merits of your case.

The case dates back to the beginning of 2020, when the president of the Second Chamber of the Spanish Supreme Court sent two requests to the European Parliament requesting that the immunity of those claimed be lifted, within the framework of a criminal proceeding by, in order to proceed to the execution of European arrest warrants.

On March 9, 2021, after a very long process slowed down by the pandemic, Parliament suspended the immunity of the three deputies.

On May 19, 2021, they filed an appeal for annulment before the General Court of the EU.

And a week later, on May 26, 2021, they also submitted a request for provisional measures in which they asked the Vice President of the General Court to suspend the decision of the European Parliament immediately, since they estimated that losing immunity "

On June 2, 2021, urgently, the Vice President of the General Court ordered that the execution of Parliament's decisions be suspended, but a few weeks later, on July 30, after analyzing the case more calmly, the same magistrate changed his decision and dismissed the petition, considering that the deputies "had failed to demonstrate that the requirement of urgency met" and not considering that "the serious and irreparable damage invoked" could be "qualified as true or proven with a degree of probability enough".

The Catalan MEPs appealed in cassation before the Court of Justice, the highest instance, and today they have been proved right.

Today's decision by the Vice President of the Court of Justice annuls that of the General Court, detects errors of law in the Luxembourg magistrates, detects possible serious damage to politicians from the loss of immunity while a final decision is made on the funding of their situation (pending in Luxembourg) and also attacks the speaker of the request, a Bulgarian deputy who is part of the Vox political family in the European Parliament and the president of the Parliament's Legal Affairs Committee, Adrián Vázquez, from Ciudadanos, estimating that could have been biased against the plaintiffs.

The magistrate considers that his colleague made a mistake because the existence of issued European arrest warrants "entails, by itself, the obligation to proceed with the arrest of the persons subject to those descriptions and, therefore, a great probability that said person is detained.", so there was a failure in the legal qualification of the facts when considering that the deputies had not demonstrated with a sufficient degree of probability that his detention was foreseeable," since it is as long as the descriptions have not been withdrawn by In the opinion of the Vice-President of the Court of Justice, it is obvious that the detention of a Member of Parliament, in his case for several weeks, pending the adoption of a decision on his surrender, may cause him serious and irreparable".

The second argument of his decision is much more controversial and may lead to consequences for the pleading process, which is carried out in the European Parliament itself by the Committee on Legal Affairs.

The cases fall on a rotating basis among the members and are usually granted on a regular basis.

The Commission does not rule on the case, it only recommends lifting the immunity if the deputy is claimed for something done before his election or for reasons that have nothing to do with his activity as members of the chamber.

"They seem to demonstrate at first glance a position taken or a personal prejudice against the deputies.

The third element of the decision, more logical and less controversial, is urgency.

The judge considers that the request to maintain immunity was reasonable, since the fact that the deputies had not been detained until then does not mean that they cannot be.

As in fact the temporary arrest in Italy of Puigdemont last September demonstrates.

On the other hand, the vice-president of the Court of Justice rejects Spain's allegation according to which the damage alleged by the deputies could not materialize because the execution of the European arrest warrants issued against them has been suspended by an order of the CJEU itself in another of the cases that are being judged in Luxembourg, the one that affects the former counselor Lluis Puig, also claimed by Spain, in proceedings in Belgium but who is not a MEP