A massive investment announced by Samsung this Tuesday, May 24: 355 billion dollars. The South Korean conglomerate hopes to focus on its growth in strategic sectors such as… 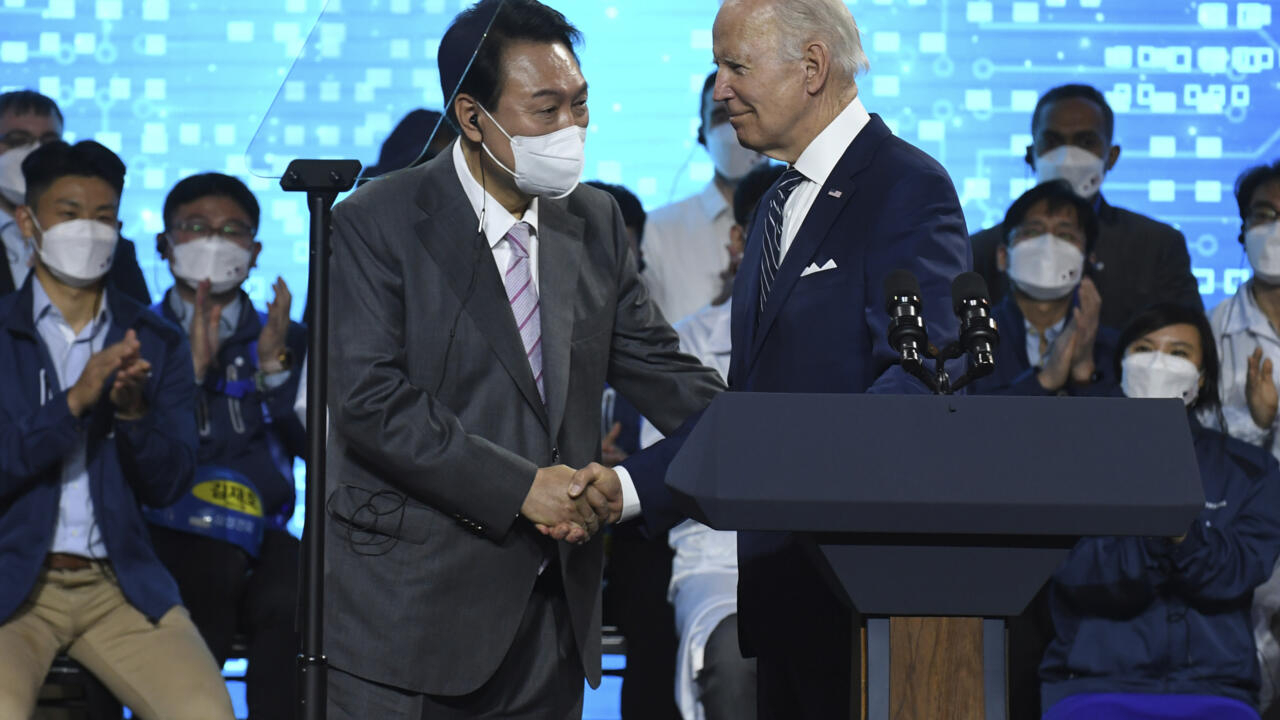 US President Joe Biden and his South Korean counterpart Yoon Suk-youl, after a visit to the Samsung Electronic Pyeongtaek Campus, in Pyeongtaek, South Korea, on Friday.

A massive investment announced by Samsung this Tuesday, May 24: 355 billion dollars.

The South Korean conglomerate thus hopes to focus on its growth in strategic sectors such as electronic chips and particularly semiconductors.

Artificial intelligence, new information technologies, the pharmaceutical industry and above all semiconductors: these are the growth sectors identified by the South Korean giant, which accounts for a fifth of the country's GDP.

It is mainly Samsung Biologics and Samsung Electronics, two of the flagship companies of the sprawling conglomerate, which will receive the investments.

Some 80% of the $355 billion will be directed to research and development in South Korea, which is expected to create tens of thousands of jobs by 2026, according to the group's statement.

With this announcement, the investments initially announced over this period have almost doubled.

Of course, especially in the sights of the company: the semiconductor sector, which has been facing a shortage for many months.

If Samsung Electronics is the world leader in the memory chip market, the company continues to lag far behind the Taiwanese TSMC in the field of semiconductors.

At the heart of the war between the two giants, the famous three-nanometer chips that the South Korean company should be able to market in the next two months.

This announcement, which comes a few days after Joe Biden's visit to Samsung's main chip factory, therefore aims in particular to show the company's desire to counter its main competitor in the field of semiconductors.