NBA play-offs: Tatum allows Boston to recover to 2-2 against Miami

Boston tied the game with two wins in the Eastern Conference finals of the NBA playoffs by beating Miami (102-82) at home on Monday, thanks to 31 points from Jayson Tatum. 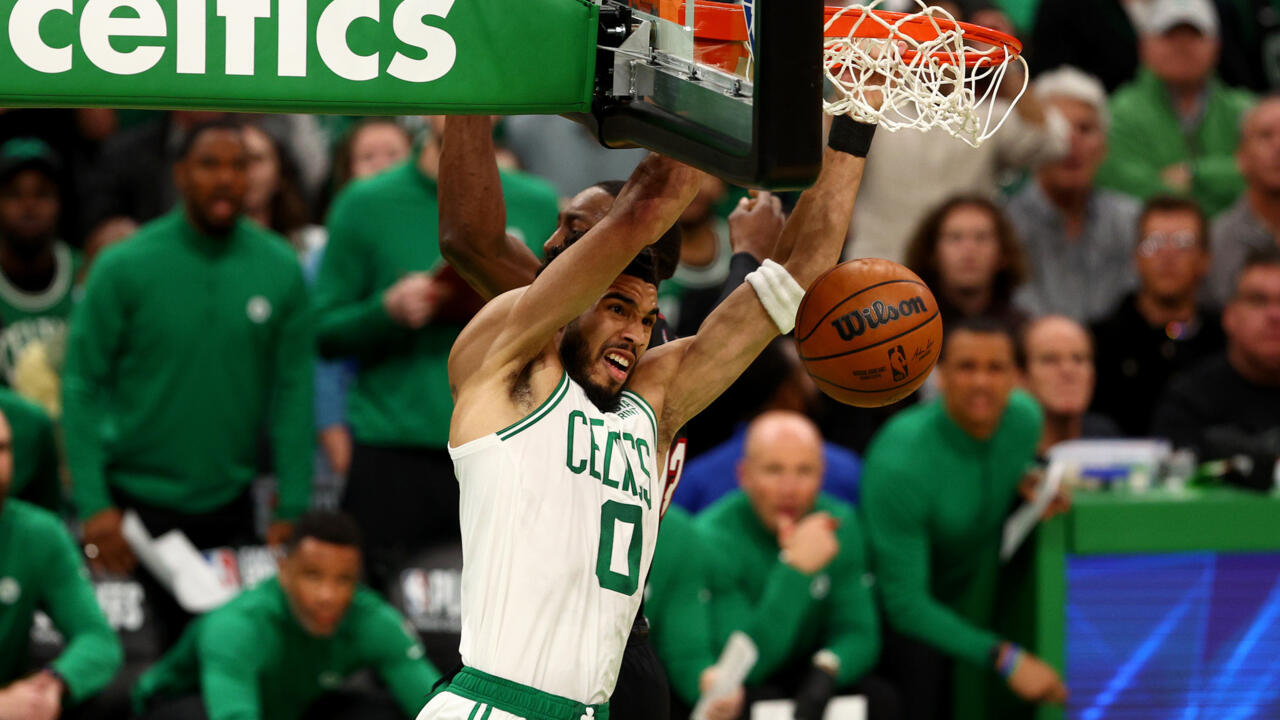 Game 5 of this best-of-seven series is Wednesday in Miami.

The two teams go blow for blow in this conference final, since Boston had already responded to Miami's inaugural success (118-107) by going to win (127-102) in Florida in game 2, before the Heat take the lead by going to triumph in Boston (109-103) on Saturday.

This time it was once again Jayson Tatum who sounded the alarm clock for the Celtics by also adding eight rebounds and five assists on his points sheet.

He was well supported by Payton Pritchard (14 points), Derrick White (13), Jaylen Brown and Robert Williams (12 points each), but also by Al Horford who set the tone in defense with his 13 rebounds and four blocks.

Miami's starting five was totally snuffed out, with none of its members managing to reach the ten-point mark.

"We redeemed ourselves," Tatum said.

"We knew we had to play a match like this, to stay in control at home."

"At the moment it's tit for tat in this series. Now it's best of three games, we'll be ready for game 5 away," he added.

Miami coach Erik Spoelstra, for his part, regretted his team's failed start to the game, from which it never recovered.

"They took us by the throat, he said. They outclassed us. We never managed to take control of the game."

Boston actually made the difference in the first two quarters, notably inflicting a terrible 29-11 on the Heat in the first 12 minutes.

Miami was particularly clumsy in shooting (only 27.5% success at the end of the first two quarters), like its best scorer Jimmy Butler who scored only six points in just over 27 minutes into the game, two days after being deprived of the second period of Game 3 due to his recurring inflammation of a knee.

Jimmy Butler, ball in hand, with Miami on the Boston floor during Game 4 of the Eastern Conference Finals of the NBA play-offs on May 23, 2022 Winslow Townson GETTY IMAGES NORTH AMERICA/AFP

It was a player off the bench, Victor Oladipo, who finished as the Heat's leading scorer with 23 points.

After halftime, Boston stepped back on the accelerator to have a 32-point lead in the third quarter (69-37) before rolling to the end.

In the West, Golden State, which leads the series three wins to zero against Dallas, has a first opportunity to qualify for the NBA Finals on Tuesday night if successful at the Mavericks.

The Warriors haven't played in a final since 2019 and their loss to Toronto.