Kissinger: Ukraine must give up some territory to Russia and beware of defeating Putin!

Former US Secretary of State Henry Kissinger urged the West to stop trying to inflict a crushing defeat on Russian forces in Ukraine, warning that it would have dire consequences for Europe's long-term stability. 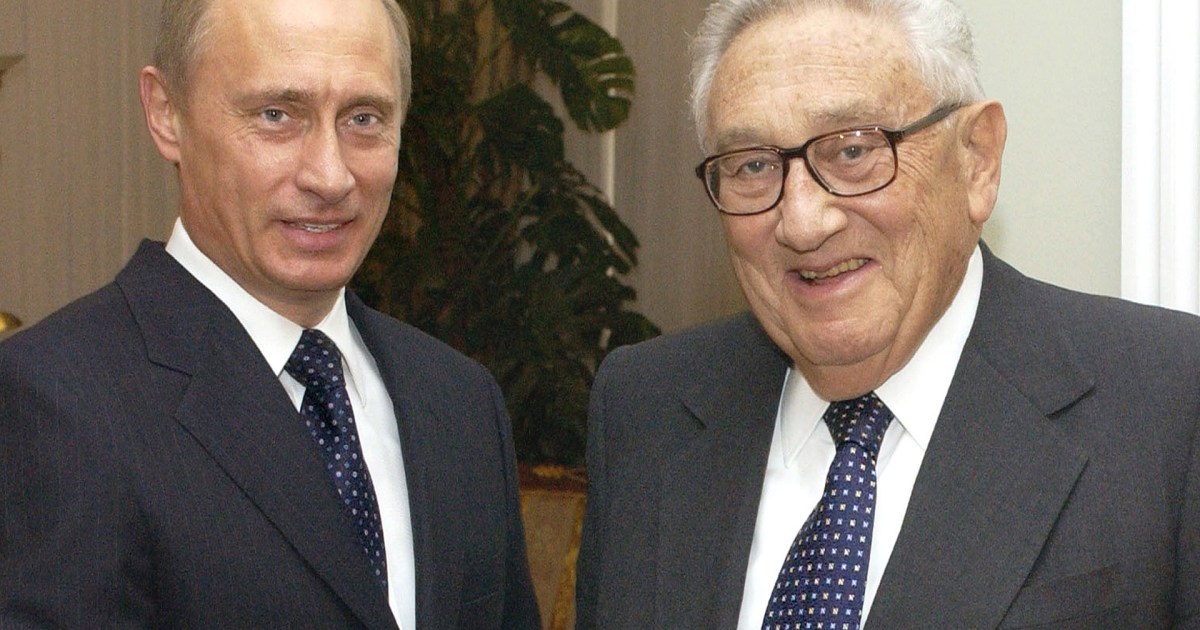 Former US Secretary of State Henry Kissinger urged the West to stop trying to inflict a crushing defeat on Russian forces in Ukraine, warning that it would have dire consequences for Europe's long-term stability, according to a report published by the British newspaper, The Telegraph.

Kissinger, the architect of the post-Cold War rapprochement between the United States and China, said in a speech at the Davos forum on Monday that it would be too dangerous for the West to get caught up in the mood of the moment and forget Russia's place in the European balance of power.

Kissinger reminded leaders at the World Economic Forum that Russia has been an essential part of Europe for 400 years and has been the guarantor of Europe's balance of power in critical times.

European leaders should not lose sight of that long-term relationship, nor should they risk Russia's entry into a permanent alliance with China.

Warning of prolonging the war

The former US Secretary of State and veteran politician warned against prolonging the war in Ukraine, and said that leaders should not allow the war to continue for a longer period, and urged Western leaders to make Ukraine accept to sit at the negotiating table with Russia, even if the terms of negotiation are less than the goals that want to exit. out of the war.

"Negotiations must begin within the next two months before they lead to turmoil and tensions that will not be easy to overcome," Kissinger said.

Kissinger stressed that continuing the war after achieving that goal would not be for the sake of restoring the freedom of Ukraine, but would be a new war against Russia itself.

Expressing his hope that Ukrainians will handle the crisis wisely, he said, "I hope that the Ukrainians will combine the heroism they have shown with wisdom," adding that Ukraine's appropriate role is to be a neutral country rather than seek to be a European front line in the conflict with Russia.

Kissinger's comments come amid increasing indications that the Western alliance against Vladimir Putin is deteriorating, with the food and energy crisis worsening and Western sanctions on Russia reaching their limits.

"We are now witnessing the worst in Europe," German Vice Chancellor Robert Habeck was quoted as saying during an intervention at the Davos forum, accusing Hungary and other countries of paralyzing the attempts of the rest of the European Union to impose a complete ban on the import of Russian oil.

The newspaper report indicated that the statements of the former US Secretary of State come amid signs of a split in the position of American politicians on the war, after 11 Republican members of the Senate and 57 members of the US Congress voted against the huge aid package that the administration of President Joe Biden intends to grant to Ukraine, which is worth 40 billion US dollars.