With less than 70 dead and a decreasing rate of infections, official propaganda has been claiming for several days that it has overcome the health crisis. As proof, the regime's propaganda has unveiled... 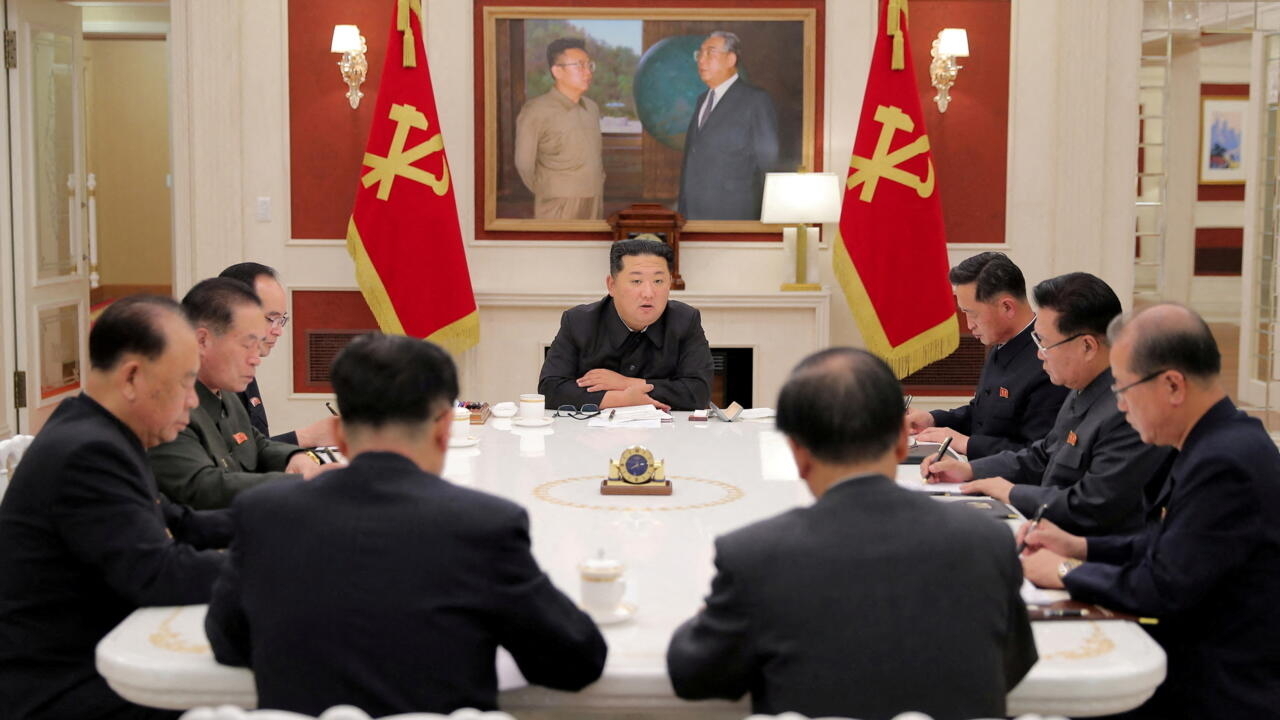 North Korean leader Kim Jong-un chairs a meeting of the ruling Workers' Party politburo amid the coronavirus (COVID-19) pandemic, in Pyongyang, North Korea, May 17, 2022, in this photo published on May 18, 2022 by the North Korean Central News Agency (KCNA).

With less than 70 dead and a decreasing rate of infections, official propaganda has been claiming for several days that it has overcome the health crisis.

As proof, the regime's propaganda unveiled the images of a large crowd gathered by the burial of a regime personality.

If the assessment as the effectiveness of the measures are called into question by the experts, the communication of Pyongyang questions.

With our correspondent in Seoul

", according to the presenter who commented on the funeral procession carried out in front of tens of thousands of North Koreans.

A large rally in the heart of Pyongyang while a few days earlier the regime rather focused on the empty streets of the capital.

If the alarmist communication of the first days had been interpreted as a call for help, now North Korea wants to show that the situation is improving.

According to figures from Pyongyang, the mortality rate of the Omicron variant is only 0.002%.

A balance sheet difficult to believe when you know that in neighboring South Korea, or unlike the North, the population is vaccinated, it amounts to 0.16%.

Especially since according to the United Nations more than 42% of the inhabitants of the Kims regime suffer from malnutrition.

Expert estimates instead fluctuate between 35,000 and 100,000 deaths in an unvaccinated population that is particularly vulnerable to the virus.