The Xinjiang Police Files revelations about the crackdown on Uyghur Muslims in China, released Tuesday by a media consortium, owe a lot to one man: Adrian Zenz. This anthropologist... 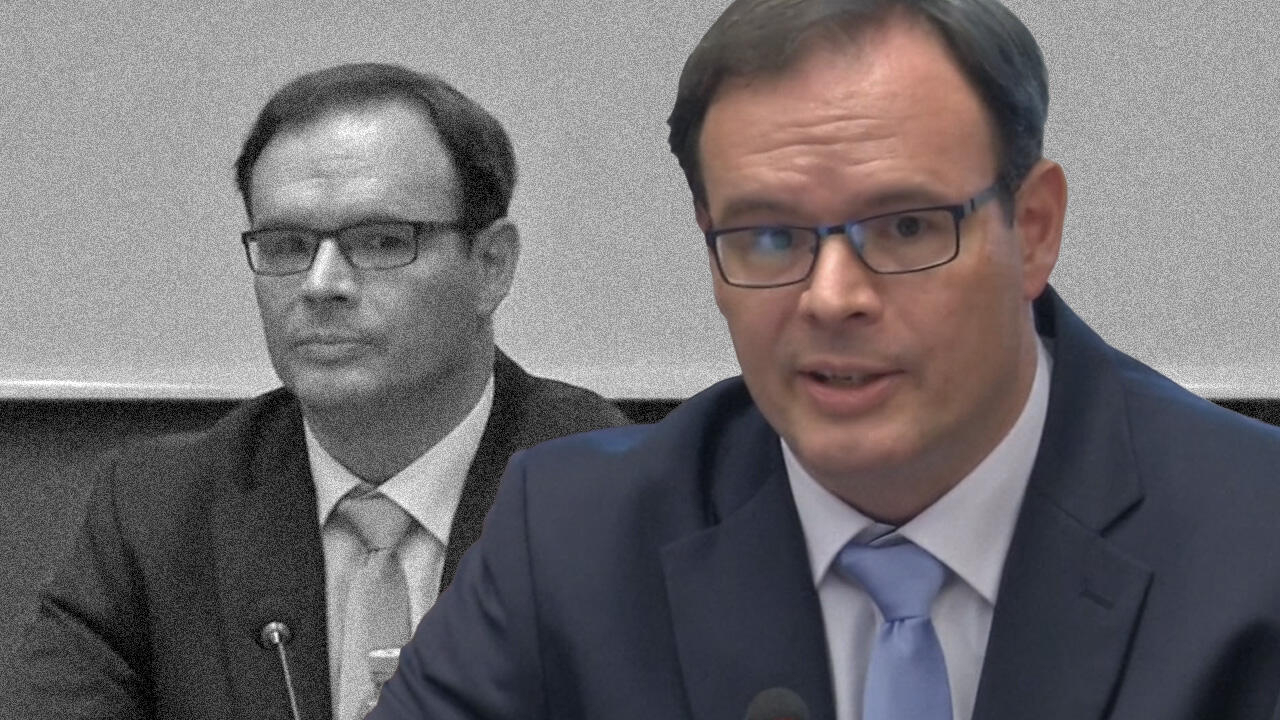 It's almost three in the morning in Minnesota, where he has lived since 2019, but it doesn't take Adrian Zenz more than 30 seconds to react on Twitter.

Yes, he wants to answer a few questions, but not too long because he's getting tired.

We do want to believe it.

And not just because of the late hour.

This German anthropologist, specialist in the treatment reserved by China for the Uyghur minority, mainly Muslim, has just had a busy day.

“Paranoia of the Chinese authorities”

It is he who is at the origin of the "Xinjiang Police Files", these new revelations published Tuesday, May 24 by several media - including Le Monde in France - on the repressive machinery put in place by Beijing in the Xinjiang region, where the Uyghurs live.

"This is the first time that we have authentic documents which present without filter the reality of the police system in place", underlines Adrian Zenz.

He obtained several thousand computer files containing the records of 20,000 Uyghurs arrested and police directives applied between 2000 and 2018 in Xinjiang.

They come from the hacked servers of the public security bureaus of two districts in this region.

These documents range from speeches by Chen Quanguo, the Chinese Communist Party (CCP) secretary for Xinjiang, to notes from common security agents on individuals arrested or under surveillance.

“These files demonstrate how the paranoia of the authorities about the so-called Uyghur terrorist threat is shared from the top of the hierarchy to the bottom of the ladder”, specifies Adrian Zenz.

The revelations complete the prosecution case mounted against Beijing in recent years.

China has, in particular, been accused of perpetrating “crimes against humanity” against the Uyghurs, to use the term used in a resolution adopted by the French National Assembly in March 2022.

“It's very striking to see pictures of 15-year-olds who are going to be sent to re-education camps,” notes Adrian Zenz.

This gigantic file represents, in a way, the crowning achievement of the painstaking work that this 48-year-old German has been doing for years.

Adrian Zenz embodies, indeed, for many one of the main faces of the international effort to expose Beijing's repressive policy in Xinjiang.

On the trail of the Uyghurs by accident

He even became the one who “laid the foundations of the biggest confrontation in recent decades between the West and China over human rights from his small office in Stuttgart”, according to a portrait that the Wall Street Journal dedicated to him, in 2019.

A year earlier, Adrian Zenz had single-handedly pushed Beijing to back down.

As early reports circulated of China's treatment of Uyghur Muslims, China repeatedly said there was nothing to see in Xinjiang.

Except that Adrian Zenz had ended up discovering various official Chinese administrative documents online – purchase orders for equipment, budget reports – which established the reality of the construction of internment camps.

The publication of this evidence had prompted China to change its tune.

Instead of outright denial, the authorities then began to describe these camps as mere training centers.

"The tenacity of Adrian Zenz has powerfully contributed to exposing the crimes of the Chinese regime," said Magnus-Fiskesjö, anthropologist and Uyghur specialist at Cornell University, interviewed by the Wall Street Journal.

Because the German did not stop at this first flash.

He was then the first to mention the figure of one million "interned" Uyghurs - which was then officially taken over by the UN -, to discover documents establishing the forced labor of Uyghurs in 2021 and to contribute to better understand the extent of the techno-police system set up in Xinjiang.

A tour de force that is all the more impressive since “I hadn't asked for any of this and I became interested in it somewhat by accident”, underlines Adrian Zenz.

This holder of a degree in anthropology from the University of Cambridge has, in fact, almost no knowledge of the field in Xinjiang.

He went there "only once fourteen years ago as a tourist", recalls the German daily Süddeutsche Zeitung.

He is rather a specialist in Tibet, to which he has devoted the majority of his work.

At the time he was studying this region, the strong man of Beijing in Tibet was Chen Quanguo, who practiced his techniques of “pacification” there.

When this CCP dignitary was appointed head of Xinjiang in 2016, Adrian Zenz decided to focus on this province.

In the absence of knowledge of the field, the anthropologist uses his mastery of Mandarin and the mysteries of the web.

After all, he had been funding part of his research for years “thanks to a second job as a programmer for a streaming start-up,” notes the Wall Street Journal.

“It is impossible to do fieldwork in Xinjiang anyway, and online data analysis represents the best opportunity to understand what is happening there”, assures the one who is persona non grata in China since the last year and compares his work to that of a detective.

And his method has been emulated.

Whether it's Shawn Zhang, a Chinese student in Canada who used Google Maps to map camp construction sites in Xinjian, or the Australian Strategic Policy Institute who runs the Xinjiang Data Project to collect public data on that province.

Too much is too much for China.

Between his revelations and the door he opened for others, Adrian Zenz has become one of the main targets of Chinese propaganda.

The Internet has become one of the worst places to find information about him, as incriminating articles against this academic written by pro-Beijing publications abound on social networks and squat the best places in Google search results.

This “born-again Christian” (an individual who has rediscovered his religiosity) who collaborates with the American Foundation for the Victims of Communism has been portrayed on numerous occasions as a far-right pseudo-researcher.

He is even one of the few researchers critical of Beijing to have been entitled to a double page charge in the Global Times, one of the main official Chinese media.

“I am not surprised that Beijing is attacking me, on the other hand I was very surprised by the extent of the criticism propagated by individuals who feel obliged to defend China”, recognizes the anthropologist .

He had a hard time getting used to this deluge of hatred, especially “because by attacking me, it is the reality of the suffering of the Uyghurs which is called into question”, he concludes.

A reality that the 5,000 photos of registered Uyghurs published on the occasion of the “Xinjiang Police Files” makes it difficult to deny.