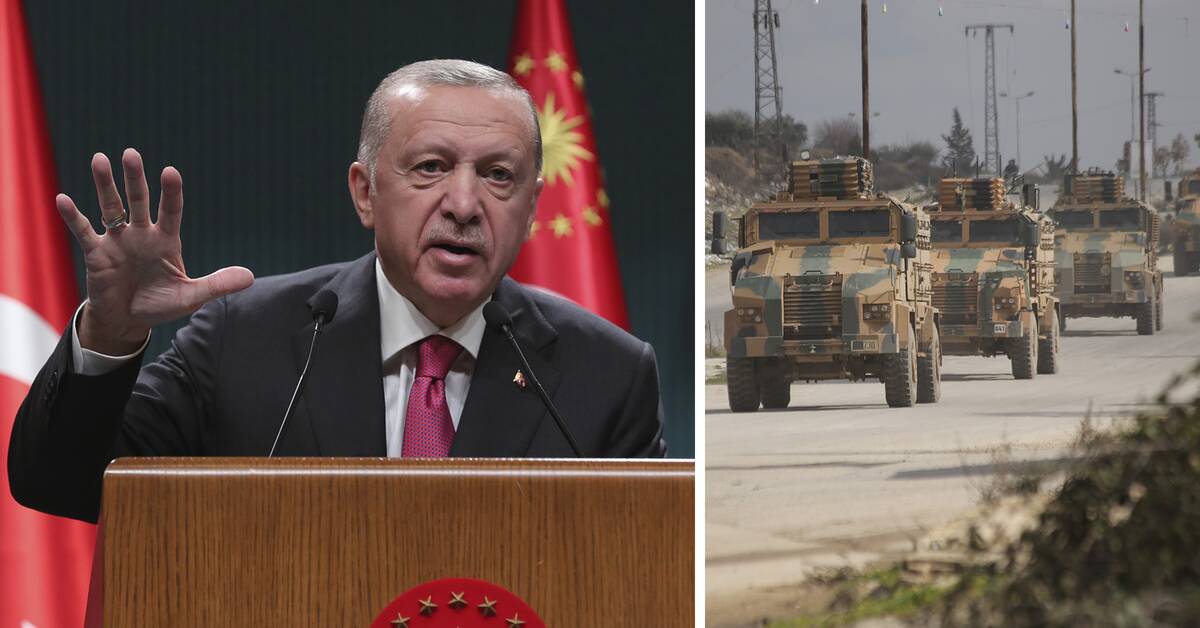 It was after a government meeting that the president stated that the purpose of the operation would be to resume military efforts to create a 30-kilometer-deep safe zone along the border with Syria.

"We will soon take new steps regarding the incomplete parts of the project we started on the 30-kilometer-deep safe zone that we have established along our southern border," said Erdogan.

Will be the fourth in the order

The president did not provide further details on the possible military operation, but said it would begin when Turkey's military, intelligence and security forces are ready to prepare.

Turkish forces have previously conducted three major military operations in northern Syria and taken control of areas along the border in an attempt to secure it from threats from the terrorist movement IS and the Kurdish militia YPG.

Turkey sees the YPG as an extension of the terrorist Kurdish guerrilla PKK.