Roland-Garros: Swiatek in a gale

The world N.1 and grand favorite of Roland-Garros Iga Swiatek made a lightning passage on the Philippe-Chatrier court by sweeping in 54 minutes the Ukrainian qualifier Lesia Tsurenko 6-2, 6-0… 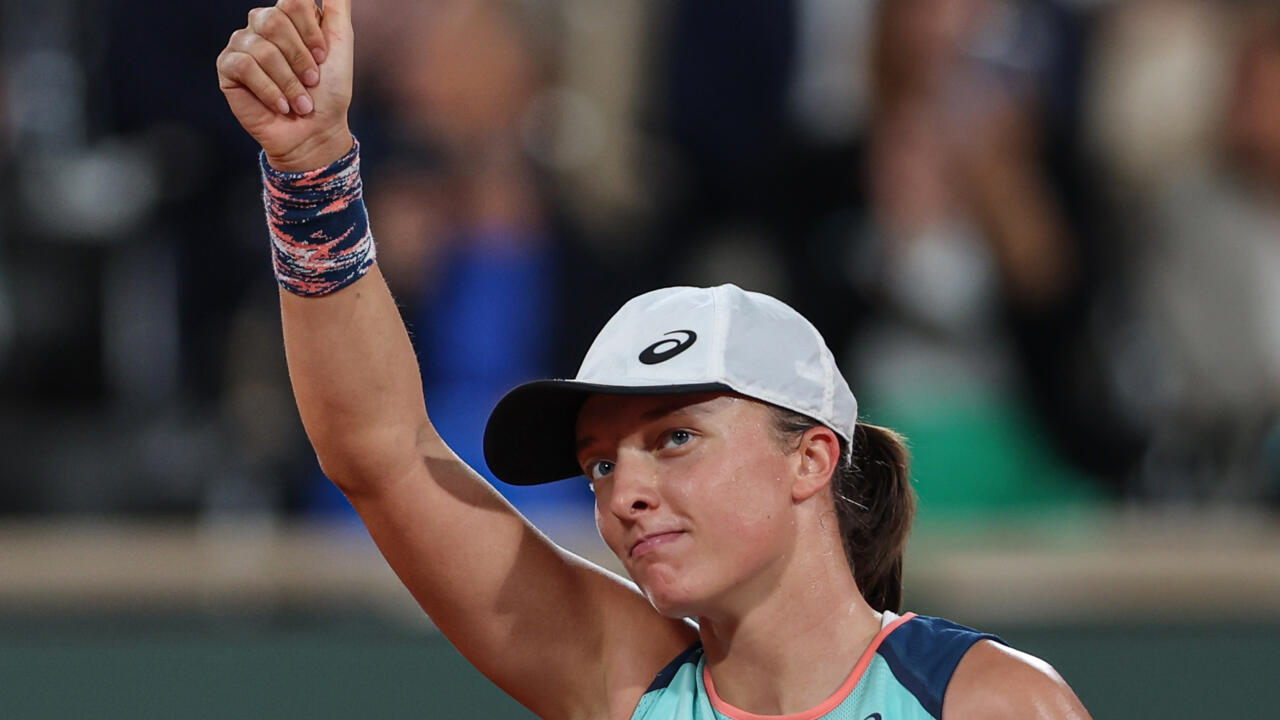 Under the closed roof of the Central, to escape the Parisian humidity, Swiatek imposed his stifling rhythm and never let Tsurenko breathe.

In the first as in the second set, she escaped 3 games to 0 in less than ten minutes.

Opposite, Tsurenko only scored ten points in the initial set, and twelve in the second.

Having become world No.1 after the surprise retirement of Ashleigh Barty in March, Swiatek has been unstoppable ever since.

Already a winner in Doha and Indian Wells before taking the throne, she then won in Miami, Stuttgart and Rome.

So that counting her victory in the first round on Monday, she is now on a series of 29 matches won consecutively.

"I'm sure I can still (lose)," replied the 20-year-old Polish woman at Mats Wilander's microphone.

To avoid tasting defeat for as long as possible, however, "I work every day to be 100% focused on my tennis and not on the stats, to stay in my bubble. That's what I've been doing these last few weeks, and that I will try to continue to do here," explained Swiatek.

In the second round, the world No.1, winner at Roland-Garros in 2020, will face the American Alison Riske or the Ukrainian Dayana Yastremska.