Roland-Garros: ex-world No.1 Naomi Osaka eliminated in the first round

Former world No.1 Naomi Osaka lost in the first round of Roland-Garros to American Amanda Anisimova 7-5, 6-4 on Monday, a year after her resounding withdrawal from the Paris tournament. 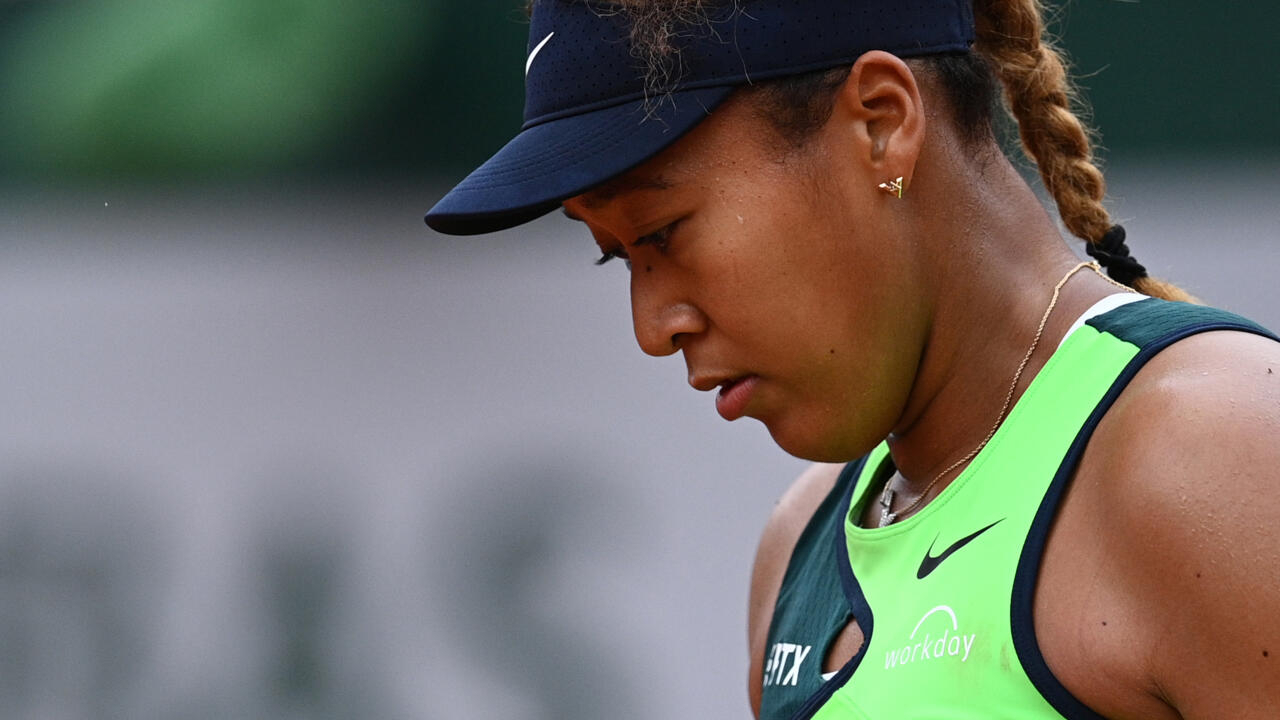 The 24-year-old Japanese player, suffering from an Achilles tendon and falling to 38th place, did not benefit from the protection of a seed and had inherited a difficult draw with Anisimova (N.28), half -finalist at Roland-Garros in 2019.

Less comfortable on clay than on hard courts, the double winner of the Australian Open (2019 and 2021) and the US Open (2018 and 2020) could only play two matches on ocher this season due to pain in the left Achilles tendon, which she manipulated several times during the match.

"There's no way I'm not playing this tournament," she explained at a press conference on Friday, even if it means "taking painkillers".

Her eight double faults, including two in her last service game of the first set, that of the final break for Anisimova, also penalized her a lot like her unforced errors (29).

The Japanese, who alerted on the subject of mental health in sport by confiding that she had "gone through long periods of depression since the US Open 2018 (her first Grand Slam coronation, editor's note)" and suffered from anxiety disorders, said despite everything left the short smiling face.

His decision last year not to give a press conference to preserve his sanity had triggered a whirlwind.

Threatened with sanctions in a common response from the four Grand Slam tournaments, she slipped away after missing a round.

"I'm not going to lie: when I first came back here, I was very worried. Worried that there were people that I had, say, crumpled up and falling on them," she said. friday.

"But overall, everyone had a positive reaction, I think," she said.