Follow the silence. Podemos, which was not informed of Yolanda Díaz's plans regarding the registration of the Sumar brand at the beginning of April, continues without receiving explanations for... 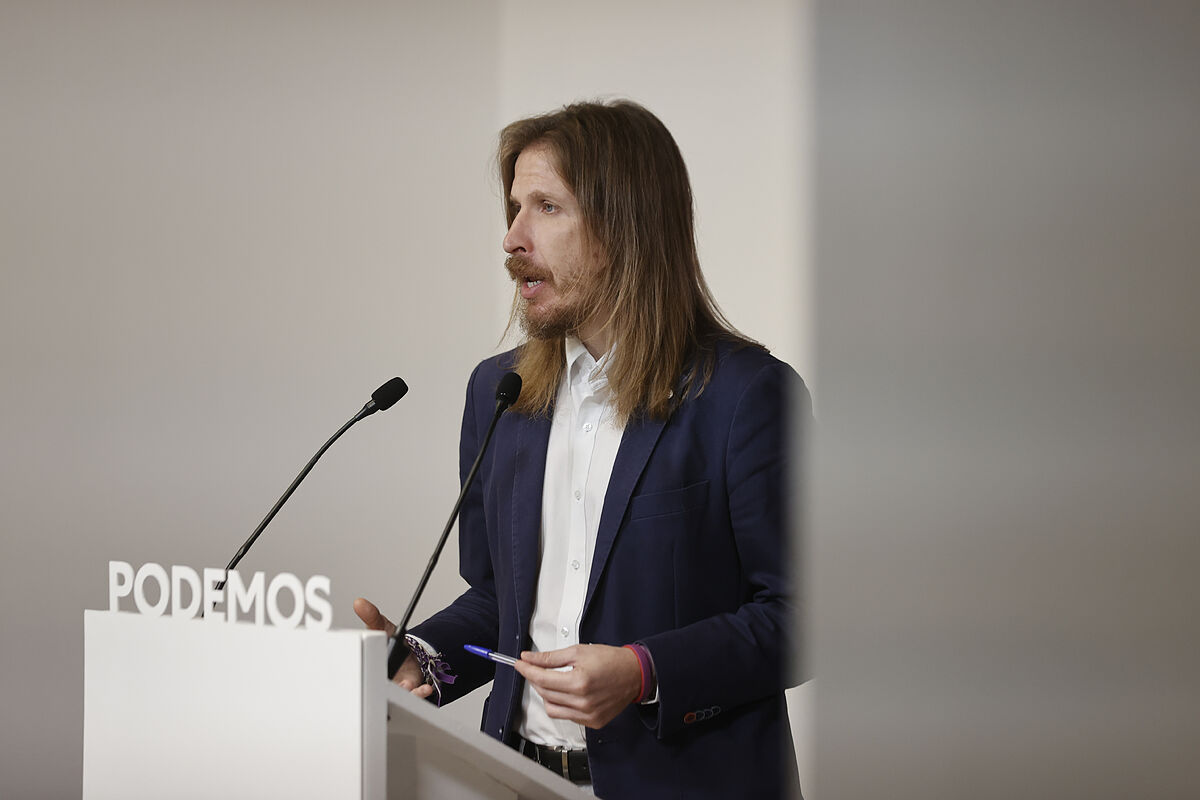 Podemos, which was not informed of Yolanda Díaz's plans regarding the registration of the

brand at the beginning of April, continues without receiving explanations from the second vice president almost a week after the name of the association with which she will undertake emerged. your

they emphasize that Sumar is a project exclusively for Yolanda Díaz, because she is the one who will soon face this phase of contact with the public.

However, since this weekend the leadership of the party openly claims a relevant position in the platform with which the Minister of Labor is presented in the elections, since the role of Podemos, they insist, is "essential" to understand the space politician to the left of the PSOE and the social achievements of the coalition government.

"He will have us by his side with total collaboration, commitment to unity and always to add", assured this Monday the national co-spokesman of Podemos,

, who, as the leader of the party, Ione Belarra, did on Sunday, promises to work for the new brand headed by Yolanda Díaz.

But, as it has revealed, the Minister of Labor has not yet communicated to the

the name or the format of their plan.

Despite the warning that Podemos is the great party of the future conglomerate that Díaz is designing, the second vice president is showing herself more and more disconnected from the

This past weekend, for personal reasons, he again refused to attend a meeting of Podemos,

, in which the party, meeting with leaders of other forces of the investiture bloc, established the roadmap for the end of legislature, the general campaign and the next local and regional elections of 2023.

But neither Ione Belarra nor Irene Montero, the top leaders of Podemos, mentioned Yolanda Díaz or the project she will start working on as soon as the Andalusian elections are over in their speeches.

On the contrary, Podemos has recovered this weekend the challenge of becoming the formation with the most votes on the left in order to be able to apply more "courageous" policies within a coalition government with the PSOE.

A declaration of intent that collides with what was defended in parallel by the party's spokesperson, from where this Monday it has been asserted that Díaz will be the candidate of the space in which Podemos will attend the elections, as well as that it is early to talk about the positions that each formation has to occupy in this broad front.

Both ideas anticipate an increase in tension as the electoral period approaches.

Garzón asks to park the initials

In the United We Can space, the feeling is different depending on each party.

In Izquierda Unida, for example, the feeling that remains is that Yolanda Díaz is managing "very adequately" the times and the progress regarding her project.

The next six months, as soon as the Andalusian elections of June 19 are over, Díaz will begin her listening process throughout Spain to get closer to the social fabric and the citizenry, as a previous step to the conformation of her candidacy.

It will be then, approximately at the turn of the year, when the political formations that are part of her platform will come into play.

Meanwhile, Podemos emphasizes its value and Izquierda Unida believes that the

are "necessary" in the space that Díaz plans to design.

But, as the Minister of Consumption and leader of IU, Alberto Garzón, pointed out this Monday, "in this process, the forces should not take the lead, but rather be able to expand the perimeter."

This has been expressed in an interview granted to TVE and collected by Efe.

This is Díaz's wish, which is embodied in the concept of Sumar: to transcend acronyms and parties and go further, through a transversal project.

Podemos has assured this Monday that he is willing to "add", although he has stressed the potential of his brand based on the progress made as a member of the coalition government.