Not just the Taj Mahal.. 4 other Islamic landmarks in India that Hindu groups are seeking to destroy

This May witnessed an intensification of the movements of hard-line Hindu groups against mosques and Islamic monuments; So far, Indian courts have received 4 lawsuits to demolish historic mosques, as well as the Taj Mahal. 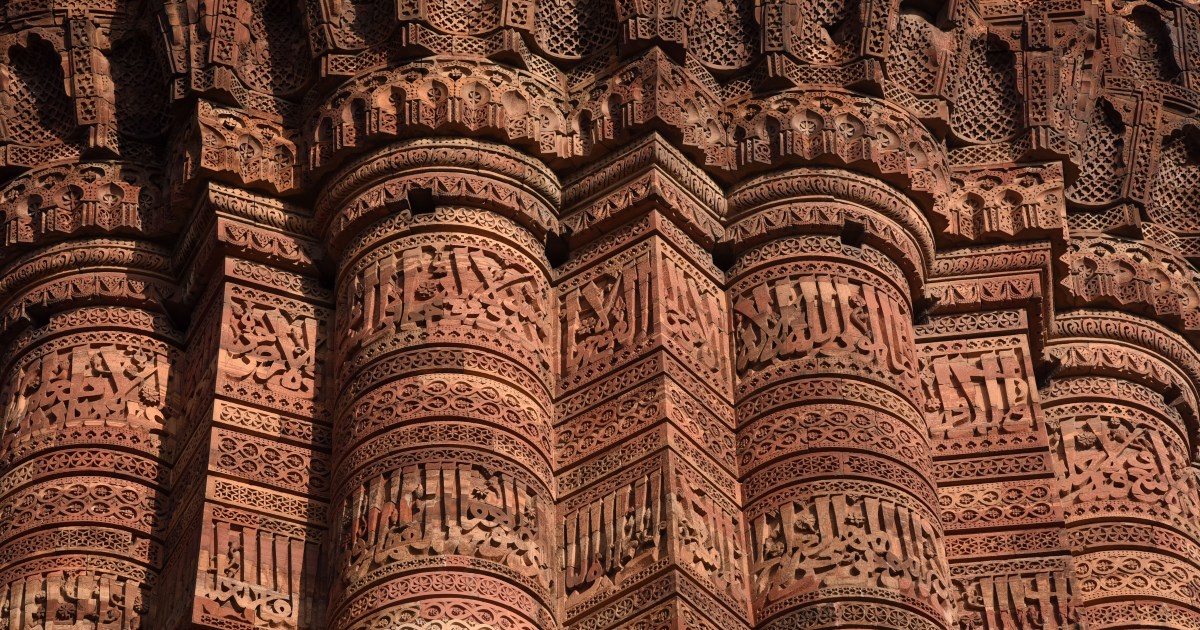 In 2019, the Constitutional Court of India ruled that the Hindus had the right to the land of the Babri Mosque, and the government decided to build a huge Hindu temple on that land, after Hindu crowds had demolished the mosque in the nineties of the last century without regard to its ancient history dating back to 1527, claiming that it was erected In the place where the Hindu god "Ram" was born.

The decision of the Indian Constitutional Court appears to have encouraged the Hindu right-wing to seek to demolish more ancient Islamic monuments, under the Hindu nationalist government of Narendra Modi, which critics accuse of persecuting Muslims and fueling hatred against them.

On the fourth of this May, an official in the ruling Indian People's Party (Bharatiya Janata) filed a lawsuit with the Supreme Court of Uttar Pradesh to declare the right of Hindus to the "Taj Mahal" shrine;

The famous Islamic landmark that distinguishes Indian history, and is one of the most famous monuments in the world.

And Reuters news agency said that Hindu hard-line groups linked to the Bharatiya Janata Party intensified their demands for excavations inside some mosques, and to allow searches in the Taj Mahal, after allegedly finding traces of the Hindu god "Shiva" at the site of one of the most prominent mosques in northern India.

India's Muslims are estimated at 200 million, and their leaders view these moves as attempts to undermine their rights to freedom of worship and religious expression with the tacit approval of the ruling party.

And this May witnessed an intensification of the Hindu right's movements against Islamic monuments. Indian courts have so far received 4 cases to demolish historical mosques, in addition to the Taj Mahal shrine.

The court of the city of Mathura in the state of Uttar Pradesh (northern India) issued a decision last Thursday to accept a case demanding the demolition of the historic Shahi Idgah Mosque in the city, which was built at the end of the 17th century, after the court itself had refused to consider the case about two years ago.

The instigators of the mosque's demolition claim that it was built on the ruins of an ancient Hindu temple.

The Indian court's decision sparked a state of anger, expressed by the symbols of the Islamic community in India, as the Indian politician and parliamentarian Asaduddin Owaisi criticized the decision, pointing out that the Hindus and Muslims in the city had reached a prior agreement to share the land of the mosque, and it was officially registered in the Indian judiciary in 1968.

Owaisi posted a picture of the agreement on Twitter, and said, "Apart from this agreement, the court ruling violates the Freedom of Religions Act of 1991."

"But the law is no longer important, depriving Muslims of dignity is the only goal now," he added.

The Shahi Edgah Mosque was built in the 17th century by order of the Mughal Sultan Muhyiddin Muhammad, who was known as Aurang Zeb.

Those who demand the demolition of the mosque say that it was built on the ruins of the Krishna temple, and that this place is the place where this Hindu deity was born.

Another mosque is in danger, and it was also built during the reign of Sultan Aurang Zeb, but the Supreme Constitutional Court in India upheld the decision of a court in the state of Uttar Pradesh to reject a lawsuit demanding the demolition of the Gyanvapi Mosque in the city of Allahabad.

Hindu claims say that while building the Gyanvapi Mosque, Muslims demolished parts of a Hindu temple near it.

A lawsuit was filed in 1991 in the Allahabad City Court in the state of Uttar Pradesh to demand the demolition of the mosque.

In 2019, the court decided to initiate the case, but the judge to whom the case was assigned blamed the court’s presidency because he did not find enough evidence, and decided to dismiss the case in September 2021.

But the hard-line Hindu groups did not calm down, and took the case to the Supreme Constitutional Court in the capital, New Delhi, and ruled last Thursday to reject the case and uphold the decision of the Allahabad City Court.

Although the Delhi Civil Court rejected the lawsuit to demolish the Qutb Minar mosque last February, a Hindu group called "Mahkal Manav Siva" submitted a new application to the court in early May, and the case was assigned to another judge, and a hearing was set for it in end of this month.

The Qutb Minar Mosque is a large archaeological complex in Delhi, and it was built by Sultan Qutb al-Din Aibak, who ruled the Kingdom of Delhi in the 13th century.

Hindu claims say that the mosque was built after the demolition of Hindu and Jain temples (in relation to the Jain religion), and that images of Hindu deities are still present on the walls of one of the buildings in the complex.

The Delhi Civil Court had said in the reasons that the lawsuit was rejected at the end of last February, "We do not deny the mistakes of the past, but what happened in the past should not disturb the peace we live in the present."

In 2003, Muslims and Hindus reached an agreement to share the space of the Kamal Mawla Mosque to allow the erection of a temple in the name of the Hindu deity "Vajdevi", as Hindus claim that a temple was located there before the mosque was built.

The place was transformed into a "Pushhala complex" that includes the mosque and the Hindu temple, where Muslims perform Friday prayers, and Hindus perform their weekly prayers known as "puja" on Thursdays, and the complex is open on the rest of the week for the public of all sects to visit it as an archaeological site.

But the hard-line Hindu groups have recently expressed their rejection of this agreement, which was concluded about 20 years ago, and the "Hindu Justice Front" institution applied to the Madhya Pradesh state court - where the complex is located - in order to demolish the mosque and allocate the entire area of ​​the complex for the benefit of the Hindu temple.

The court accepted the case, and decided to hold a hearing next June.